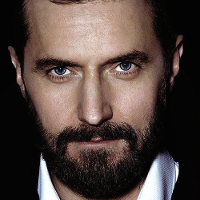 Re: [Event] Benediction of Storms "I am well, I was going to get a drink but the place I looked at smelled quite ripe." The ex-con knew the smell well, it was that of a body but he had decided to leave that out. Deaths in taverns around Rharne weren't exactly unheard of, too much booze and a silly mistake or perhaps a brawl escalating too far. "I would offer to buy you some sweets maybe, improve your experience further but unfortunately I am out of money." He admitted without shame, the man was poor it was clear from his clothes but it had never stopped him before.

Even if things were different now, being lawful and good he was used to living off scraps and the occasional stray coin. He had also gotten surprisingly good at procuring free drinks in bars but sweets were somewhat more difficult. So he could not offer the woman by his side much but his rather out of practise charm.

"You are correct though, Volta is a very peculiar and exciting place." The idea that lightning could strike you around the city if you carried even an ounce of metal was incredible, such power was new the the recently freed man. "Still maybe we should get closer and enjoy the smell at least." Lucas stood with a smile and offered the woman his arm with a chuckle as he headed over to the stand.

The smells were indeed mouth watering especially for a man who had lived off of gruel for the better part of 5 arcs. Such scents were completely absent from the cells of Rharne's prison. He got closer and noticed the small group by the stand, a woman with red hair, a more official looking man and a man seemingly around his age, although somewhat less road worn. Lucas couldn't help but overhear their conversation and with his lack of proper manners intrude on the conversation.

"You wouldn't happen to be talkin about the tavern would you, the smell has managed to get out onto the street, might want to clean that up." He stated somewhat bravely and without an ounce of humour to express his seriousness at the fact. "Although if assistance is needed, I would be willing to help as well."
word count: 390
Top 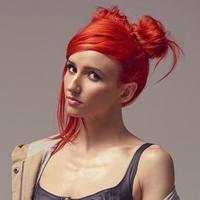 Re: [Event] Benediction of Storms

Auya found herself especially annoyed at Leeson's sudden arrival and interruption. Did the man have any form of courtesy or etiquette? His actions seemed more appropriate for a jester or some other type of fool. Auya decided in that moment it would be best to distance herself from him. He served no purpose anyways, he was an associate of Varlum. Varlum was her only friend in this horrible country. But this... buffoon, was not. She smiled politely at Leeson, "Perhaps you should go look for him, this man, Nikolai was it? This man and I were just busy getting acquainted. I'm sure Varlum would adore your company, you two being so close."

She politely held up a hand as she received her order from the stall, thanking the woman. One arm laden with finely packaged sweets, she moved to Nicolai's side, looping an arm through one of his own, "I look forward to hearing all about the machinery you use. I'm no tinkerer, yet, but the curiosity has never escaped me." She gently steered him away from Leeson, "Walk with me while we continue talking? I'd hate to miss out on this festival." She then looked back over her shoulder at Leeson, laying on the sweet, "Say hi to Varlum when you find him. I've got some goodies for him."

She then began to lightly walk, as Nikolai continued to talk about Miss Mul. She slipped in a small comment, a whisper in Nicolai's ear, an apology for Leeson, "Don't mind his poor manners, I believe he's a bit touched in the head. I think he's homeless, and he's always talking to his pet turtle." And then he turned to business. Of course, everyone always had an agenda, at least he didn't take too long getting around to it. A metal weapon, even with the security they'd gone through? Why bother? One could kill a person with wood, bone, or glass just as easily. Why bother with metal?

"I'd gladly look it over for you. I'm not the finest smith about, but I'll definitely try. Though, just the use of a metal weapon at all should narrow down your suspects. The only reasons I can think of is either to send a message, someone who thinks it foolish to not be using metal, and likely has shared this thought. Possibly was made a fool of, and they wished to return the favor. Or someone who has easy access to such a tool, to make it a crime of opportunity." She looked over and pointed at the Office where everyone had their weapons checked, "Seems to me that if you were one within, you'd want the crime to look like one without did it. You suggested it was brought in. Perhaps it was already here, but made to seem as though a foreigner brought it."

She squeezed his arm a bit, "But maybe I'm just talking out of my element. I'm no Detective Fallon James, of the stories sold by that mysterious writer. May we go see the weapon now?"