• Solo • Devin Learns To Use A Sword

Devin Learns To Use A Sword 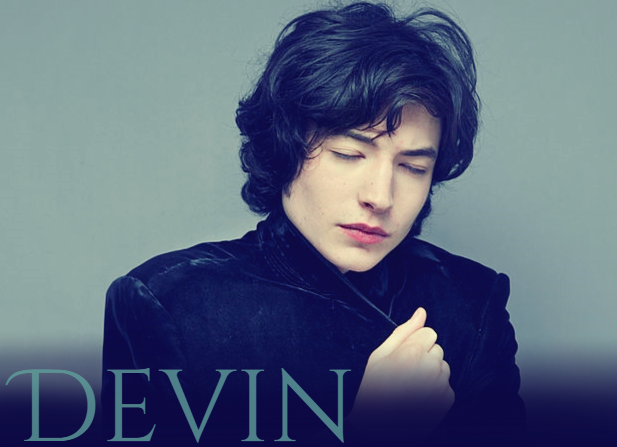 9th of Saun, Arc 718
Adeline stood opposite of Devin, holding her sword in her hand. The wind toyed with her blonde hair so that it framed her face like a halo, and she smiled brightly and confidently. Their eyes met for a moment before she stepped forward without a warning. Devin raised his sword to intercept hers. A loud sound could be heard as their weapons clashed against each other, and a moment later Devin’s sword suddenly sailed through the air and landed in the ground. “I suggest that you take a couple of lessons before you challenge me again, Devin!” the sword maiden remarked and laughed before she turned around and walked away with her head held high and a swagger in her step.

Devin glowered at her before he walked over to his sword. He grabbed the handle with both hands and pulled with all the strength that he could muster up because it was stuck in the ground pretty firmly. When it finally came loose, it was so unexpected that he nearly lost balance and landed flat on his behind, thus embarrassing himself further. Glowering even harder, he put the weapon back into its sheath, just as he heard another brilliant laughter behind him. He clenched his fists, determined to punch whoever was making fun of him this time, and spun around. When he saw who was standing there and watching him amusedly, the look on his face instantly softened somewhat, and he lowered his fists again.

It was Aidan, the self-proclaimed future university professor, his special friend and fan. The young man sat on a low wall at the edge of the square where Devin and Adeline had fought. A couple of books were lying beside him which suggested that he had just come from the university, or perhaps the library. “You know, Devin”, he remarked and jumped off the wall with one fluid motion. “I have some experience with the short sword. I might be willing to teach you, free of charge, if you go out with me tonight! What do you say? Do you want to become the best swordsman in all of Idalos? I’d even pay for our dinner!”

Devin looked at the sword at his belt and then at Aidan as if it were a really difficult decision (it wasn’t, because he quite enjoyed the young man’s company even though he still didn’t understand how he could study something as boring and thoroughly pointless as linguistics, he liked getting free stuff, and he’d meant to work on his skill with the sword some more for a while), and then he told him in no uncertain terms, “Only if we go to the Knight’s Rest Inn! I don’t want to eat dinner where everybody knows me as an employee! I want people to treat me like a really important person!”

Aidan laughed and shook his head, before he replied, “Sure. The Knight’s Rest Inn it is. Tonight, at seven. Now then, you’ve made several mistakes. You weren’t holding your sword correctly, for example. A vice-like grip is counter-productive, I’m afraid. Come on, I’ll show you how you are supposed to do it”, he offered and walked up to Devin who just stared at him from out of his mutated violet eyes as he wondered how long he had been watching him.
Last edited by Devin on Thu Oct 04, 2018 3:19 pm, edited 3 times in total. word count: 589

Re: Devin Learns To Use A Sword

“No, no, no, not like this”, Aidan said and shook his head as Devin tried not to hold his sword as tightly – which resulted in him almost dropping it accidentally. “Place your dominant hand near the guard. Like this.” He took Devin’s right hand in his and tried to move the thief’s fingers into the correct position. “Now we need to work on your stance. I’m afraid, you aren’t standing correctly either. Let’s see, your knees need to be …”

“Wait, what’s wrong with the way I stand?” Devin interrupted him and looked down at himself, furrowing his brow very hard as he did so. He was standing with his legs and his back completely straight, proudly and with his head held high like a proper priest of Delroth. “You don’t need to teach me how to stand. I’ve known how to stand since I was less than an arc old. In fact, I was the first child in our street that learned to stand!”

“Well, that’s good to know”, Aidan remarked and smirked. “But the stance that you assume when you do your priest thing and the stance that you assume when you are fighting – and want to win that fight – are two completely different things. It’s all about balance and being flexible. Come on, let me show you”, he said and positioned his feet approximately shoulder-width apart, with his knees slightly bent and one foot in front of the other one. “Try to do the same. Come on, it’s not that hard.”

Devin eyed Aidan for a moment before he reluctantly attempted to imitate his stance, feeling rather stupid as he did so. In his opinion he didn’t look like a fearsome swordsman, he just looked like an idiot with the way his knees were bent, as if he couldn’t walk properly!

Aidan smiled brightly at him though and told him, “That wasn’t too bad. Now we can go through a few moves. First of all, there is the strike. It’s more or less a hard cut with percussive momentum. You need to hold your sword like that”, he began and gestured for Devin to hand the sword to him for a moment so that he could show him.

“Do I really need to know that a strike is a hard cut with percussive momentum? What does ‘percussive momentum’ even mean?” Devin complained as he took his sword back and pretended to attack an imaginary (and incredibly ugly) opponent with all the strength that he could muster up. “Can’t you just show me where I need to stick my sword in order to defeat my opponent?”

“Well, sure”, Aidan said and laughed. “I could just show you, but in my opinion explaining things helps. I’m currently teaching a class because that’s what you need to do if you want to get your Diploma, you know? Not in swordsmanship, of course because the university unfortunately doesn’t offer degrees in that, but the general principles tend to be the same, no matter what the subject is”, he said before he added, “Besides, people will be really impressed by all your knowledge!”

“If you can tell them what all those moves are called and explain what you are doing on top of it, they’ll probably think that you are a noble or something like that and that your parents paid somebody to teach you!” he claimed which made Devin grin because he liked being taken for a noble. Aidan knew exactly how to motivate him and get him to play the part of the obedient student!

“So, where was I?” Aidan asked and scratched his head. “Ah, yes, the thrust – a pretty straightforward attack. You simply move the tip of your blade towards your opponent in a straight line. Exactly!” he remarked as Devin thrust his sword forward. “And now pretend that you are placing the edge of your sword against your opponent’s body and cutting them. That’s the slice!” he explained and watched Devin closely before he plopped down on the ground and proclaimed. “That’s it!”

“What do you mean? That’s it?” Devin asked, sheathed his sword and looked at Aidan in confusion. “You just taught me three attacks and showed me how to hold my sword and how to stand even though I already know how to stand! There has to be more to it! Adaline did some pretty weird stuff! I want to know how she did it!”

“Of course, there’s more to it, but you need to master the basics before you can learn the more complicated moves. I’d be willing to make this a regular thing though. What do you say, Devin?” the young scholar said and grinned. “Do you want us to meet again later this ten-trial? I’ll even bring my own sword so that we can spar!”

“Sure”, Devin said and plopped down next to Aidan because he was frankly a little bit exhausted from all the fighting before he looked at him, “So, about that dinner you mentioned …?”
word count: 877

Re: Devin Learns To Use A Sword