Welcome to the Becoming Q&A. Any and all questions surrounding Becoming can be asked here. This page has not yet undergone Lore Analysis, but we welcome all of your questions, comments, and other such feedback on this particular magic. We will use this page as well to indicate any lore changes and when this page undergoes Lore Analysis.

This section will be for recording any lore updates for the Becoming Page. This will only be for clarifications, updates, etc. Grammar, spelling, and other such updates do not need to be recorded here. All updates should be detailed within a post within this thread, and linked to the list below.

Becoming has received a fairly extensive update. Included were the following items.

Additionally, the Becoming Initiation Monster, the Mimai, has been added to the wiki. 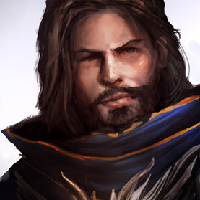 My character Severin is really old and nearing the end of his lifespan. The lore says the forms he takes in the discipline of Becoming are the age they were taken as, but is there a consequence to him never returning to his Eidisi form?
word count: 45
Top 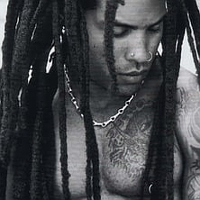 I'm currently toying around with ideas while my character is still in the 'wip' stage and was wondering if a failed Becoming initiation could be something that could be included (with detail) in a character's backstory (eg the character became a Mimai but the Mentor was able to help them return to their normal state). The Mimai wiki page mentions that characters can start as Mimai by submitting a story to the PSF; would including it as part of the backstory involve a similar process in order to include the Atavistic tendencies (that I assume are a result) as per the snippet from the wiki below?

If the Mimai is able to maintain focus on this new form, they will break free of this curse, and return back into the world as a normal Becomer, with full access to their abilities. Achieving this method of freedom will often send the Becomer toward being Atavistic.

Furthermore, would the character present as Atavistic in their normal state (eg a constant) or would this simply make the character more prone to having Atavistic tendencies? Looking for clarification here, please

@Sorinar - Eventually the Eidisi form will grow old and die, and thus the totem will break. This has large psychological and emotional effects on Becomers, probably more so if it was their Self Form. But functionally, they are still alive in their other forms.

@Saalasar - I would just submit the whole thing to the PSF in one go, the failed initiation and the return to form with atavastic tendencies.
word count: 69
Top

Dedicating a totem, as stated in the wiki, takes a trial of meditation to complete. Can this process be sped up with greater skill in meditation or higher becoming skill?
word count: 30
Whenever one finds oneself inclined to bitterness, it is a sign of emotional failure.
-- Bertrand Russell
Top
Locked Request an XP Review Claim Wealth Thread
7 posts • Page 1 of 1