Woe gets gear, and whips farmers into a militia 
Having encountered that hungry necromancer, and crop thief Cervantez earlier in the cycle, it occurred to Woe that he was ill-equipped to defend himself as well as his neighbors. He needed some protection, and even more than that, the tactical advantage that a ranged weapon provided. He went to one of the local men who knew how to fletch arrows, bolts, and various other ranged implements. There, he chose a hunting-styled crossbow with a steel lathe, along with a spanner to help draw it's string back to the notch. He also bought a quiver of suitable quality bolts. These set him back around 45 golden nels. From there, he went on to meet with the blacksmith.

"Hrm... A plate cuirass with leather straps studded with rivets, two plate pauldrons, leather gauntlets, fauld and greaves, and one of my better helmets." The smith took the graphite that he'd marked it down then placed it in his teeth. He quirked an eyebrow as he went the calculations in his head. "The local leatherworker can see to your full leather armor pieces. As fer the plate, that'll take around ten days for me to bang out for you. In the meantime, I do have a perfect nasal helm you can take. I pride myself on my headpieces." So saying, the blacksmith produced a nasal helmet forged from a plate, with a studded leather neck guard and long nasal strip. It would do for now. After the 185 golden nels necessary for the blacksmith's commission changed hands, Woe went on his way to meet with some of the farmers. They had some training to do.

After placing the nasal helm on his head, he went on to put his large, wide-brimmed hat atop of it. Then he left to find his fellows in the terraces and fields.

Like a proper fool who's gotten it into his head that he's a warrior, Woe emerged from the blacksmith's shop. The nasal helmet fit well enough, but there was something about it that Woe felt entirely alien. Similar, he'd imagine to how a bookish clerk might seem to look if he put on a full set of plate-armor and began walking around. He felt oddly secure and yet inappropriate like he had no right to be wearing that helmet. Nevertheless, he shook off that sensation, for the time being, leaving his doubt at the door of the blacksmith, and proceeded to where he sent word for his would-be militia to gather.

His feet trod the well-irrigated fields of the Western township, boots sinking into the soft earth with each step. Eventually, his stride took him beyond the fences and terraces, to the noman's land east of Withersfield proper. Here, he would show the men the basics of discipline, or die of a fatal face-palm.

He arrived at the appointed spot within a break. Not many had heeded his call. Understandable. Woe wasn't known as any great warrior, and those who gathered were only scouting to see if this lowly laborer from Rynmere was worth the time. Eventually, Woe believed, his methods would lend credence to their fellows, and more would show to hone their discipline and become a workable force, capable of at least forestalling an attacking force, if not prevailing over it.

Woe touched the brim of his hat, at each of the men, who stood in uncertain poses. Each, in turn, leaned on some farming or hunting implement or another. He had his work cut out.

He set about teaching them to hold the crossbow first. It seemed like an easy task. Meanwhile, he had some men paint a target onto a few bales of hay nearby. With that done, he ordered the men to take turns with the crossbow, weeding out those who had terrible aim and delegating the training of crossbow to whoever seemed to get the grasp of it faster.

In the meantime, he took a single-stick, more of a cane, and began teaching the men the rudiments of discipline and formation combat. He had about a dozen of the men now, all of them wielding staves or polearms of a sort. One at a time, he took to training them.

"Now... Hold the staff up halfway off the ground. Hold it in readiness, and lower it to keep your enemy at bay. Reach is a great advantage." Woe said, not having the slightest clue what he was saying. "Now... Try to hit me."

Having ordered the farmer thus, he came forward, shouting wordless and lowering his staff to thrust at Woe. Woe managed to get his stick in its way, but couldn't evade the hit entirely. The staff made contact with his oblique, although it was a soft touch, not enough to really hurt.

They returned to their positions, "Again, different target."

The staff was brought backward, and then swung toward Woe's neck. He caught it, and ducked, but then lost his balance in the muddy ground beneath himself. The Saun rains buried him in water as they poured torrents on him. He had some difficulty getting up, especially with all the armor. At this point, his 'student' took it upon himself to attack him while on the ground, battering his armor, about Woe's head, shoulder, limbs, and stomach. All of the hits barely hurt with the armor, yet they had the effect of raising morale among the farmers.

That wasn't necessarily a good thing. Woe was trying to teach the farmers, and if the ex-slave weren't a good enough teacher to give them a challenge, they'd foolishly rush into battle, thinking themselves invincible.

So, Woe leaned upward, holding up a hand as if to yeild to his opponent. Once the farmer relented, Woe unlaced his sabatons from his boots, and slipped them off. Then, it was simpler to get back on his feet.

They moved back to another location, where the grassroots hadn't come undone from their struggles. "Hit low." Woe said.

The farmer came forward and thrust toward Woe's knees with intensity. This time Woe had gotten accustomed to the trade of blows and shifted his stick to intercede. He knocked on the staff's point toward the outside of his guard. They resumed their position as often as necessary until the farmer had the basic strikes down.

He was ready to take another student on when a rider came from the east, shouting. Woe went to meet him, waving him down. "What is it sir? We were training."

A whoop and holler went up around their makeshift archery range, as another farmer had mastered the crossbow. At an 'impressive' range of ten meters, he hit near to the bullseye. Woe turned from them, and back toward the rider. "Well?"

"We've come to collect a tax. Where is Head-Wrapped-In-Scarf? He's due for giving us our tribute."

"You with the Sober? Doesn't your captain come usually?" Woe asked, raising a brow skeptically.

"He's indisposed, cleaning up some mess in the Western Wall." Said the rider. "You don't represent these people. Where is the Scarf?"

A raucus bit of cackling ensued, as Head-Wrapped-In-Scarf man approached from his hut. Without breaking his stride, he took the loaded crossbow from one of his villagers, and aimed it at the rider.

"Hah! Ye think we'll pay yer exorbitant taxes? Yer got anoverthin comin." So having said this, the Scarf-wearing man took aim with the crossbow, and shot at the rider, but hit his horse instead.

Woe, startled at this brazen act of rebellion, leapt backward, falling on his backside as he slipped in the mud once again. He crawled away, and then when he hit the grasses, began racing away.

He hid behind a nearby rock, if only out of morbid curiosity for whatever was to follow. The man of Withersfield must have been watching the crossbow lessons that he'd given, as he seemed to know precisely how to use one. He placed the spanner beneath the string and pulled it taught until the lathe fully retracted. Then, taking a bolt from one of the villagers, aimed it for the fallen rider's head.

"And tell yer friend Slander or whatever his name is, we don't pay no taxes anymore. Now that we 'ave a champ to teach us how to fight!"

Woe wanted nothing to do with this act of treason, "Bloody fools." He ran away, off into the distance, never to be seen by the villagers of Withersfield again. Back to Yaralon.

Somehow, over the nights and days of travel, he made his way back, and set up a residence in the city once more, resuming his career as a grief counselor. 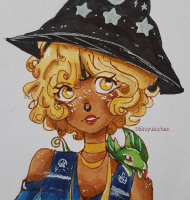 Knowledges:
[*]Endurance: Getting hit with armor on doesn't hurt nearly as much.
[*]Discipline: Teaching farmers discipline is a bit like herding cats.
[*]Leadership: Men get bolder with the slighest hint of success.
[*]Leadership: Leading men in a drill.
[*]Politics: Withersfield no longer pays the Sober taxes.
[*]Politics: Withersfield will probably get overrun by the Sober, and replaced by other serfs.


HAHAHA! What! I swear to god this made me cackle. A great wrap up to an old thread, too bad he lost everything he had to work for. Enjoy your grades. I think my favorite part is the end when he says the bit about going back to the city to be a grief counselor, very tongue-in-cheek.