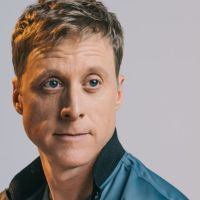 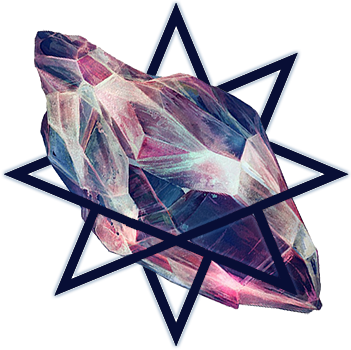 The idea had come to Jon in the middle of the night. He'd been laying in bed, trying to sleep. He had a lot of those nights. His brain just wasn't a quiet place. Every time he'd drift off, a thought would come knocking on his consciousness with a deliciously tantalizing bit of hypothesis. This time though, he'd had a good one. He'd been mulling over the fire flowers and the noises they'd make. Those big concussive blasts that rung someone's ears for a moment. If he could get that good amount of pressure from a simple paper tube, who was to say he couldn't get it from a thin skin of metal?

The idea had blown up from there, and he'd had to get up. He lit a lamp in the library and pulled over a spare piece of paper, and started working out exactly how to go about it. The metal would have to be thin enough to shatter the second the explosion went off, but strong enough to contain the Corroding material inside until it did. It would be a weapon unique to his Transmutation. A work of art that he'd have to design and perfect, and perfect over and over again. He rooted through his mineral books. Steel was far too strong. Iron would just bend, and overheat, stealing much of the chemical reaction away from the blast. He needed a weak metal. Something trashy that no one would ever work with honestly. Something rejected from building materials, from weapons materials, from armor materials. Something nice, lightweight, and pliable. Tienite, Adamantite...he was going backwards. He glared at the book. He didn't want to build armor, or craft nails. He wanted something brittle. Something workable, but brittle enough to shatter. Hard enough to hurt when it did shatter and piece the skin of people around it.

His eyes fell on Crystalline. Now here was a promising start! Weak, pretty, used in jewelrymaking. Minithelite was another promising material, as it was weak and shatterable...but had to be mined from the bottom of the oceans. That meant expensive. He didn't know a lot of Mer on speaking terms with Viden at the moment. That left him with Crystalline. He'd have to talk to a blacksmith.

In the meantime, he could design. A skin, thin enough to break. Maybe a millimeter? That could be too thin for even an experienced blacksmith, but he'd have to ask. In the end he decided on three sizes. 3 millimeters, 6 millimeters, and ten millimeters. That gave him a good range. The skins would be little orbs, only large enough to fit the palm of a hand. The fist-sized Buds he detonated had a nice punch to them. If he added less sulfur, and more of the oxidizing agent, maybe found a little booster...he'd have a decent something on his hands. The problem was, he had to touch it to transmute it. He had to build up enough ether, gather it in the material, then Corrode it all at once to release that energy. Maybe two, three seconds. He'd have to build a few prototypes and time the blasts.

Two designs stuck out at him. The first was an orb with a hole in the bottom the size of his index finger. The general idea was that he could slide his finger into the hole, contact the materal, and build up the explosion. The downside was that then the bombs would have to be kept completely and utterly dry. They couldn't get wet at all. Not from sweat, not rain, not even a humid day. He chewed his lip. Maybe a thin skin of something he could puncture? A little leather or parchment seal over the hole? That would mean he could punch through it, contact the material, and cast it off his finger to throw it. The second design featured a thin skin of crystalline, a layer of glass shards, and a smaller amount of the explosive material. When detonated, the glass shards would be the main weapon, flinging out in all directions and puncturing eyes. That second one might have to wait. The first was ambitious enough.

He chewed the end of his quill, eyeing the design. The green material he'd used for the fire flowers had a good blast power to it. Maybe just a little sulfur to make the mix truly fiery. Add some sticky pitch, and he'd have an adhesive that not only clung to anything it hit, but would cause horrific burns. That was a nice thought. He made a note of it, and rolled up the page. How was he ever going to convince a blacksmith? The nice thing was, he wouldn't need a lot of crystalline to get this working. An ingot would net, by his calculations and assuming the three millimeters worked, fifty bombs. Fifty would give him a good batch to work with. He'd just need to pay for the time, expertise, and silence of the person involved. He tucked the page in his shirt and stared at his open books. He was thinking, not reading.

Where the hell was he going to find a good blacksmith?

'I like this idea of yours.' Hob piped up. 'So much better than children's toys. What are you going to test them on, hm?'

"I have to get them made first. I was thinking chickens. Or cats. Maybe dogs for a comparable body size to a human. Do you think the men at the docks would let me have a few of the dead mer they keep dragging in?"

'Why the dead ones? That's just disappointing.'

"So I can study the damage without having to put them out of their misery." Jon muttered. "First thing's first, I need to get the compound right. All of this relies on pressure, understand? Meaning that I'm going to be using prototypes very close to the real thing here. I think I can make a prototype out of thick paper. Maybe glued together using some of the egg wash I made for the fire flowers. They won't carry the same pressure, and they'll only catch fire....but maybe to get the compound right?"

'Why not rawhide? That would be stronger than paper and might hold the blast.'

Jon grinned. "Am I rubbing off on you?" he asked, amused. "First, blacksmith. These are going to take trials to complete. I have to find a man who can do the work, procure the materials, and won't ask questions."

'Good luck. I'd be suspicious of a man wanting a hundred crystal balls with holes in them...'