• Out of Character • The Candlewives are Recruiting 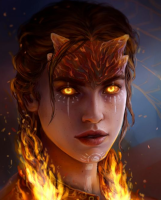