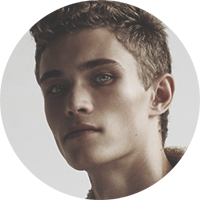 "Are you ready, Mads?" Graciana stood beside him, a thick grey cloak wrapped about her shoulders as she eyed him with an appraising raise of her brow.

"As I ever will be." The exercise was simple in theory: create and maintain an abrogation field. He understood the concepts behind it - he'd even created several already - but the first half of his objective wasn't the issue. It was one thing to spread his ether, his influence, out around him, commanding the everything within the confines of his defined domain to remain as they were and accept no other influence. It was another to continue to do so even under a state of duress.

Leaning in a bit closer, Gracian spoke in a low, even tone, her clear grey eyes staring curiously at the raven-haired young woman across from them. "Remember, your magic will only hamper hers, not stop it entirely. You need only maintain your focus for as long as my wards last." Standing straight, she gave his shoulders one last squeeze before stepping away, voice much more conversational in both tone and volume. "I must say: I never imagined I would be pitting my protege against a novitiate of the Seekers. How very curious the paths we tread."

Seated comfortably in a three-legged chair, its fault compensated by a stalagmite of stone that wound its way up through the dirt, a broad-shouldered, slick-haired man grinned an easy reply, though the expression - like that which Graciana wore - didn't quite reach his eyes. "Abrogants are a rare breed; I wonder which of us is getting the better end of this arrangement of ours?"

"Difficult to determine, certainly. I am ever grateful you and yours are willing to take time out of your busy schedules to assist us."

"I could say the same of you, Madam."

While the masters spoke, Mads let his eyes close, breathing steady, and mind focus on the task at hand. The spark, ever cool and calm, responded to his quiet requests. Ether slowly drifted from his palms and fingertips, an invisible mist that gently cascaded toward the grounds, pooling about his and swirling in a steady, patient vortex. It waited for his direction, for his will amplified through the tranquil point of power that linked his soul to the greater, grander realms of the ether.

In time to his steady exhale, the mist began to expand around him. His fingers twitched, conducting the unseen advance from the darkness of his steadied mind. It sunk into the earth; it wrapped around the stones and the walls and the buildings; it clung to the dark-haired woman's clothes, seeped into her pores; it clung to everything around him, shifting and uncertain. The guiding twitch of his fingers ceased, and he drew in a slow, deep breath. He could smell the world around him - the scents of sweat and grime, old blood, excrement, and copper. Gradually, his open hands pressed themselves together, fingers pointed toward the ground below him. The mists began to seep into his surroundings, filling the aetheric space that existed within and around and throughout the area with his ether, with his sovereignty.

"At your leisure." Graciana's voice sounded distant, muffled by the numbers in his head, the cool, quiet voice that wasn't quite his own measuring unwaveringly onward. The dark haired girl began to whisper into the air, a small breeze gathering, but paused and stared as Graciana called out again, amusement in her words. "Do avoid holding back, darling."

For one, brief moment, everything was peaceful.

In the next, Mads braced himself against the sudden, howling gale that rushed toward him. It buffeted against him, whipping the hems of his clothes into a frenzy and beating against his ears with thunderous exclamations. He sunk lower into his stance, knees bent, palms pressed tight together, and eyes squeezed shut. It was difficult to breathe within the midst of the whirling gale but more so in the sense of discomfort than a dangerous hindrance. He could feel the magic around him, pressing against his ether, his domain. It strained under his control, seeking to break free of the tight grip he forced upon it.

The speed of the wind began to increase, picking up little, rounded pebbles in its wake; they began to bounce off of the protective, replicative barriers Graciana had wrapped him in, and while they didn't cause him pain, he could feel the carefully crafted copies of his contour shiver under the unrelenting stream of projectiles that had begun to fly through the air at a steady rate. He kept his eyes shut, mind focused on the still surface of the ever-black pool that rippled slightly with each mounting irritation, and thus he was unable to see the growing strain - and frustration - of his raven-haired assailant. From the sweat that dotted her brow, it was clear she was sparing little effort in her attack; from the aggravated glare of her eyes, it was clear the results weren't what she had been hoping for.

With a low rumble, he felt the earth below him shift. The goal of the exercise was to maintain the field, so, even as the ground swelled up as the wind died down, attempting to wrap itself around his legs and drag him down, Mads chanced opening his eyes as he lurched to the side, allowing the numbers to slip from his mind and out onto his tongue. "...two three. Out, one two three..." The earth adjusted, tendrils of dirt reaching out toward him, hampered by the magic he now struggled to maintain. He could feel the field faltering, the carefully laid ether net straining against his splitting focus.

In the next moment, Mads took off at a sprint in the direction of the defier, the beating thud of his footsteps against the ether infused ground taking the place of the count. One, two, three. One, two, three. One, two- The wind began to pick up, rushing past him, drawn into an invisible point somewhere between him and the opposing mage. He stopped his advance; the balls of his feet pressed sharp and firm into the ground as he shut his eyes once more, bracing himself for the inevitable impact.

He vaguely felt the impact as the blast of concentrated air slammed into his chest, shattering the weakened shields Graciana had put in place and catapulting him up into the air. There was the distinct feeling of flying for the briefest of moments before he began to descend. Time seemed to move much slower then, and as he forced his eyes open, the action alone feeling as though it took an arc and some, he let his hold on the field fade. Airborne as he was, there was little else he could do but brace for the inevitable impact of the rapidly approaching ground. As the ether he'd so carefully spread throughout the area began to disperse, Mads pressed his consciousness once more against the cool, tranquil calm of the spark within him.

His ether began to flow once more, drifting from his entire body, swirling about his hands and knees, wrapping itself about his hands and legs. And, as suddenly as time had seemed to slow, it snapped back into place. Mads plummeted through the air, arms raised to cover his face. The ether swelled and, for a trill, solidified into a physical force. He hit the ground hard; the impact knocked most of the air out of his lungs, and the force alone was enough to send him several inches into the air before he landed a second time with a far more tangible thump.

Dazed, Mads lay upon the ground for a few more trills, already bruising face resting on his arms, face down in the dirt. After a few, spluttering coughs, he managed to roll himself over, and his grey eyes blearily stared up into the cold grey sky above him. He frowned as a dark blob interrupted his view - a pair of bemused green eyes studied him for another handful of trills before-

"Looks like I win, Madam." The defier - the master, not the student - let out a hearty laugh. It was echoed by his student, who grinned down at her fallen opponent, though the expression was mixed with something else Mads couldn't quite place. "Your boy had a bit more work to do, huh?"

"So it would seem." Graciana, ever the proper lady, held neither disappointment nor disdain in her voice. "Mads, darling, are you alright to stand?" As before, the woman's polite, even tone lacked extraneous emotion, concern included.

Though he had intended to reply with a terse "yes", a breathy wheeze was all he could manage as he forced himself to sit up. He'd absorbed a fair amount of the impact with his last barrier, but had the last layers of Graciana's protection been shattered by the defier's last wind-fueled uppercut, he had no doubt he would have been little more than an unconscious heap of bruised muscles and broken bones. It was fortunate the field had weakened the spell as much as it did - or so he told himself. The alternative was entirely luck, which was far too fickle to confidently rely upon.

Staggering to his feet, Mads clenched and unclenched his hands, both of which felt uncomfortably numb. "-fine." Several more stabilizing coughs wracked his chest before he blinked several times, the beggings of a headache already settling in. "I am fine."

"Excellent! Same time next ten-trial?" The defier - the master, not the student - clapped him on the back.

Fighting back a wince, he raised his head to stare at the other defier - the student, not the master - with a smile that was far from masking his otherwise cold stare. "Of course. I look forward to it." 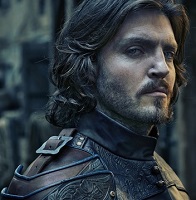 Magic: ABROGATION. Some whistles and bells, bravo, you've leveled up, applause, people cheering. Ribbons and confetti falling from the ceiling. Felt good? Awesome, now get off the stage.

If you have any questions, comments or concerns in regards to this review, feel free to PM.
word count: 157
Just because I shouldn't doesn't mean I won't.