• Closed • A Walk in the Woods 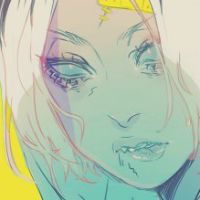 A Walk in the Woods


The trial had still to fully begin and yet - it was sweltering. Saun's hot hand on the back of Scalvoris prevailed even in the early breaks. Even within the shade of Sweetwine, just there at the mouth of the trees, the heat held fast. Gathered there were two young men, one atop his horse and the other leaning against a tree looking a bit worse for wear. His face had taken on a palor akin to sickness. They awaited a third - Siorey, as he was summoned for a trial of training - but it was soon becoming apparent that only two would be making the rounds on this trial.

The man atop his horse appeared to be very timidly voicing his concern for the other. But he just would not have it. As such they remained locked in a bout of consideration for whether one would go or both would go or one would stay while the other sought the attention of a medic from the Order. A decision seemed to be reached after a few bits, but still the timid man pressed on, voice quivering and words fumbling over themselves. They were, for the most part, indiscernible. "Olly - you'll be fine. Best you keep your wits about you; here comes our boy." And with this, Olly turned to look at Siorey as he approached.

There was a moment of shuffling before Olly unseated himself from his horse, wringing his hands a moment. "Good trial - you must be Siorey, yes?" Dull black hair flopped to one side as he eyed his companion for a trill, as if considering whether an introduction on his part would be necessary. My name is Olly Daygrove. That man there is Ray Tiriddle, but I fear the heat's gotten to him. He'll be seeking help at the Order in a moment. I understand you'll be going through your training for the trial with us - m-me, rather - if th-that's alright with you? At that, Ray chuckled weakly, beginning to mount his own horse and be on his way.

"The rangers have said that they would let things play out in there, but there've been too many reckless citizens for my tastes trying to figure out if Bloodclaw is real." This was, of course, in reference to a bounty and rumors that had since quieted in the wake of...more troubling events. A lone creature - bandit, thug, thing - inhabiting Sweetwine and having terrorized those who attempted passage in seasons past. But, as they had heard nothing as of late, a spike in would-be bounty hunters had made itself known. "Good luck!"

In a matter of trills, it was soon just Olly and Siorey. A third horse had been tied Olly's own - now the second with the departure of Rey - in the case that Siorey would need it. If he should, Olly would waste no time in blurting out that they should get started, mounting his horse once more with a speed similar to that of someone fleeing a very awkward situation. 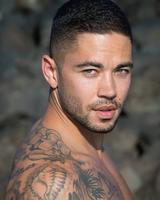 Re: A Walk in the Woods