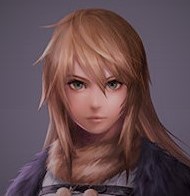 There is something to be said for eternity, however when given an eternity to ponder whatever there is to be said about it, the definition progressively becomes darker as longevity is in some ways as much a blessing as it is a curse. Hwyn sat solitarily on the edge of the small pond in his Emean prison. The only breaks in the solitary were the occasional dreaming souls who dared to dream so far out that they touched his gilded cage.

Looking up at the stars Hwyn wondered if they were the same as the stars in the real world or if they were just another illusion provided by the Armoire. Regardless the water that he submerged his feet in felt real and the stars above still twinkled and shed light on him, perhaps that was enough and he shouldn’t worry about the details but after so many years the details are all you have left to fret over after you’ve observed everything thousand and one times over.

Laying his head back Hwyn gazed wearily above and began counting the stars. He’d already counted them all before, there were one hundred and forty seven bright stars that always twinkled above and never moved but perhaps that would change one day and surprise him so he counted them again out of a lack of anything better to devote his eternity to. Thus he counted the lone king of a castle with no exits and no servants. A prince of a prison, a duke to desolation. Perhaps after this he’d change outfits again for the forth... fifth time today, that always did amuse him for a bit, the one thing nice about having access to the domain was the near infinite apparel it did provide him.

On this particular night the stars did seem somewhat more restless than usual their mundane glimmering more intense than usual. Perhaps something was amiss, but at the very least that would bring about some entertainment for the evening, anything to shake things up would be welcome. 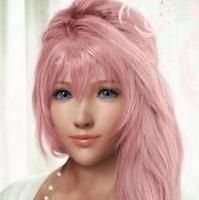 Re: The far side

“What a beautiful night.” Hanabi said as she strolled along a seemingly endless trail. She didn’t remember where she was or where she was going, but this all felt so right. She was a wanderer outside of Emea so spending a night following a path was commonplace for her. The only thing out of place was that there was nobody around her. The rowdy group of mercenaries that usually accompanied her were strangely absent which made this the first truly quiet experience she’d experienced in a while. A vivid emotion of longing eventually came across her as she longed for companionship.

As if her wish had been granted, Hanabi soon came across a pond and someone who seemed very intent on staring at the stars. The man was all alone, much like Hanabi. ”Maybe he’s lost his friends as well,” the pink haired woman would think as she approached him from the side.

“Out here all alone,” Hanabi would ask kindly as she sat down several feet away from the man, “it’s getting late. Don’t you think it’s time to sleep?” She’d not even thought about the fact that the man would be dangerous, which was good because she wasn’t in any condition to defend herself. In her mind, this man was the same as her, a wanderer looking for a good night’s rest. She wore nothing but her loose sleeping shirt and baggy pants. She couldn’t even remember when she had changed clothes but it felt right now that she was thinking about resting. She’d soon feel the ground beneath her back and her eyes fixated on the stars.