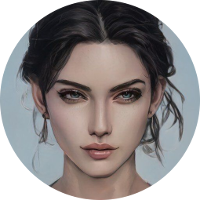 Nav leaned over the empty mixing bowl and lifted the measuring cup to the firelight, rereading the directions scribbled out before her. She had copied the recipe from a book in the Scalvoris library, a bit of a challenge as someone who cooked so very little, and yet had a birthday she had not celebrated. But it wasn’t just her birth in Cylus that required notice, but the day her life started over - in Saun all those arcs ago. That was what she was really celebrating; her rebirth.

Moving around the counter to check on the wood burning stove, she bent forward, brows furrowed in focus as she held a hand out to feel the heat radiating throughout the large kitchen and then glanced at her ingredients on the counter. They should have well been room temperature by now and she began rummaging the drawers to find any utensils that might have been left behind by the home’s many families. But it was her home now, and she had found a few great finds - a wooden spoon, a mixing bowl and a baking sheet. Making anything substantial was still impossible, she still needed to do more shopping, but there was no time like the present to learn something new. So what had she done? Scrubbed those devices clean and stripped her clothes for the laundry. No use in wasting good. sudsy water.

In nothing but an apron, Navyri started by cracking some eggs, the process slow and clumsy. Deft fingers did little to help her here and fat pools of egg white smeared upon the countertop. After dumping the first in the bowl, she rubbed her thumb and forefinger together, analyzing the consistency…. Like snot or a lover’s juice, she thought with disdain, wiping her fingers on her hem and cracking three more. It was an embarrassing process, picking out the tiny bits of shells the sunk to the bottom and refused to be pinned beneath her finger. More than once she cursed and squinted, lip curling with every failure.

Perfectionism was a curse.

“Damn you,” the Naer grumbled, holding her breath as she pulled the last bit free, smirking in triumph as her tune changed to smug delight, “No one escapes me.”

Navyri reviewed the recipe, grabbed her fork and began “whisking” the mixture. A bit of logic told her that simply meant mixing it, but for obedience sake, that would be what she tried to do. Whisk. Whisk. Whisk. The word played in her head as her arm pumped and the more womanly parts of her body jiggled in response beneath the thick cloth. It was amusing how simple it was, and yet Navyri enjoyed watching the egg yolks break and change color; their essence transforming to soon be repurposed. It was philosophical in its own way, and she felt at peace as she measured out the vanilla.

It splattered among the yellow concoction, a swirl of brown to taint it. And yet it smelled so delicious. Nav moved on, whistling as she worked, quickly getting coated in white when trying to scoop out the appropriate amount of flour. She did not know how to pack it down, or if she should, and used the back of her hand to level it. Within trills, she had flour in her hair and on her cheek, the powder nearly making her sneeze.

Next came baking powder and salt, a tablespoon and half a teaspoon respectively. Not quite sure why either should be added, Navyri almost opted out of using them - after all, both ingredients were salty… Who wanted salty cake? - but at the last moment changed her mind. Follow the recipe, Navyri. Follow. The. Recipe.

She nodded once they were in the bowl and returned to the list of instructions, hands idly dusting themselves off.

Navyri huffed, realizing now she should have apparently mixed the dry ingredients separately from the wet, meaning the flour and baking soda should have been a different bowl. But she didn’t have another bowl!

“It’s fine,” she quickly snapped, refusing to acknowledge her mistake. If she couldn’t convince herself it didn’t matter, the dark haired woman would have to start over and doing so would mean a trip back into Egilrun, and even worse, she’d have to go in wet clothes. It was all going to go in one bowl eventually, maybe she could just mix it really, really well.

Nav glanced at the window, still not fully convinced she shouldn’t dump this concoction in the bushes, “It’s fine… It’s fine.

She worked on adding the butter, oil, and sugar, turning the bowl in her arm as she desperately hoped her end product would be edible, worried and yet still so frustrated with herself. As if to make it all go away, she stirred furiously, replaying the thoughts in her mind saying she wasn’t good enough - that a pathetic house wife had more skill than her - How could she call herself a strong woman, shadowborn, if a pastry bested her!

Batter splattered upon the underside of her breast and left nipple and she set the bowl down, sucking her fingers clean in spite. What else did she have to do?

Milk… She needed to add the milk.

As she poured it into the mix, Navyri thought over the math that went into these instructions. It seems so arbitrary simple, and yet she didn’t imagine skilled bakers used recipes at all. One day she hoped she could join that group, as it was important for any woman to possess all skills - having slaves or husbands was simply a formality and used for pleasure and money. But even then there were ways to work around such reasoning.

Navyri set the bowl down and began to stir once more, her free hand cleaning away the mess that had found its way to her bare chest, ignoring the flour that still coated her fingers. Now, all she had to do was pour the batter and bake.

How hard could that be?

word count: 1040
"At last. It has been too long since I have walked the face of this world. Too long have I been locked there, awaiting my champion to release me. My champion... This is you, daughter of Audrae. You have, whether knowingly or not, released me from my self imprisonment, and are here to fulfill the destiny I have seen written in the tapestry of nature. You, daughter of Audrae's daughter, will be my foothold in this world." - Belaera to The Nightingale, after the 600 arc imprisonment
Top 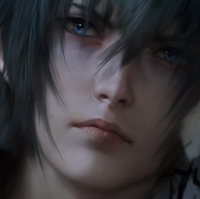 Re: Baking a Cake

I don’t know how you did it but you made reading about uncooked eggs funny. Being triumphant from pulling out egg shells gave me a hoot. I liked how in detail you made the cooking process – I just wish she would have actually baked it at the end!