• PM To Join • [Shrine to Ralaith] Bear The Sadness

William and Silv explore the shrine to Ralaith, and the fracture around it.

Yaralon is closed and may not be played in.
Post Reply Request an XP Review Claim Wealth Thread
3 posts • Page 1 of 1 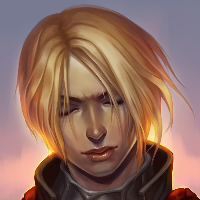 [Shrine to Ralaith] Bear The Sadness 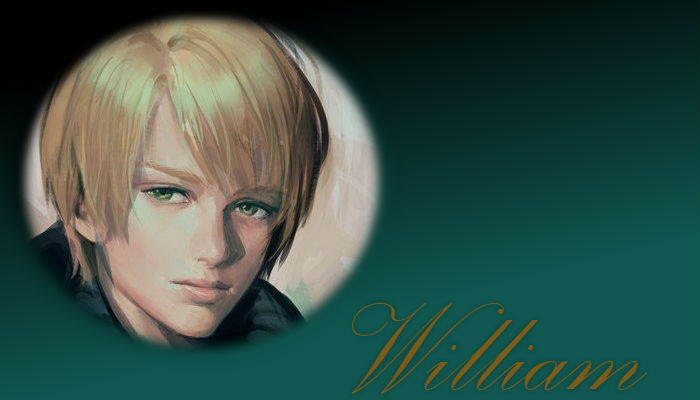 Ever since William grew to understand a thing or two about the Spirits that roamed the world, he sought them out, like a curious boy trying to figure out a new toy. Yaal’tiesh marched at his side, invisible to all except the one bonded with him, his crimson feathers splayed, ears perked, watching what Will was focusing on. Now, it was a bear. A large, lumbering bear.

Were it not see-through, and were William not able to see it unless he focused, he would have thought it real. Do you think it will attack us? William asked of his familiar, peering at it as the rain beat down upon the mushy, sludge-covered roads of Yaralon. The sky was darkened with clouds, only a faint glow in the distance where the sun might be.

Spirits do not usually attack without a reason, Yaal replied. I wonder where it’s going. This isn’t a place one would expect to find a bear spirit.

You’re right. That’s unusual. Maybe it’s following someone? Or something?

Trailing the spirit, William jogged up alongside it. The bear ignored him, William looking over its hide, its sheer size. The muscle on this thing. He looked to Yaal. I’d hate to come across something like that in the woods. Up ahead, between a set of mudbrick huts, was a warehouse, the wall beyond. I wonder if he’ll go through the wall, heading off into the woods...?

As William followed, the bear began to turn down an alley, towards the back end of the warehouse. He saw a bright, eerie-blue glow ahead, the air taking on a salty taste, a heavy sorrow hanging in the air. What is this...? He breathed in deep, and his eyes began to water as that sense overtook him, alien without a reason. Why am I... sad?

That blue light... could it be a Fracture ahead? Or something else? We should turn around. Who knows what could happen. Yaal was frightened, his natural response to something strange.

No, Will sniffed. If it is, I’ve always wanted to see one up close. He followed the bear, walking through a rising garden, the water droplets popping against the leaves noisily all around, a deluge growing in intensity until William could hear a faint weeping ahead.

It wasn’t a person, as he peered through the watery veil. No, it was a spirit. A floating face, in sheer dismay. The blue light lit its pale cheeks ominously, its tears thick and exaggerated. The mercenary approached carefully, noting the rising stone obelisk next to it, fixated on the strange spirit. “...Is everything alright?” he asked, but the Anak continued to cry, but louder. I don’t understand, Yaal.

You don’t have a bond with these spirits. Look, William, Yaal said, pointing to the base of the shrine. A placard, carved with an epitaph that was still pristine despite the weather.

William looked down, rubbing the tears from his eyes as he knelt down to rub his fingers and brush the liquid away, reading through the low light. Ralaith. Wisdom, Bitterness, Time, and ...Bears. That explains the bear. He looked up, and touched the obelisk. But this shrine... was it made recently? It looks so new, unlike the other shrines in Yaralon. And where is this light coming from? The Fracture? He looked up and all around curiously, a wayard soul searching to find an answer. Forgive my trespass, Ralaith. I know I've never prayed to you before. I feel so sad by your shrine, why is that? He laughed, and wiped the tears away, but soon he was stricken with the memories, as if a dam of repressed thoughts opened within his mind, and now was the moment to feel everything all in the same moment. The memories of his mother straining, toiling to satisfy his father. Memories of his father shunning him, the last family he truly had, for another with a mother he treated with respect. The regret he had for leaving so soon, for failing to take his mother with him.

At once, William collapsed to his knees before the shrine, and the whole world faded away into the blue while he began to sob hopelessly, his mournful, ghostly wails echoing across the courtyard. "I need to go back..." His nails sunk into the stone, and he trembled. "Mother... I... I need to..." He'd come so far, already. I'm stuck until I can afford to get out of this place. I need to work harder! Regret. Anger. At himself. At his father.

William is wearing simple clothes, and a pair of baldrics, as well as a tool belt, his war hammer and a large shield half as tall as he is strapped to his back.
word count: 817
Top

Re: [Shrine to Ralaith] Bear The Sadness

"One page after another . . ."
It took a specific sort of willpower to pull oneself out of the soaked hovels throughout the city and out amidst the downpours. The rains drowned out drive, yet life was expected the continue nonetheless. The Yari had long accepted this dampened truth and shouldered it like they had done with every other hardship their home city had ever tossed at them. It was, to them, expected. For the foreigners, though, a more personal reason was needed to pull them away from the hearths and fires in their homes and their taverns. Sustenance. Money. Purpose. Something that spurred the lethargic into action.

For Silv, it was faith. A slow-budding pursuit in her life that had, on occasion, guided her steps through the muddy thoroughfares and flooded alleys in search of divinity. One such shrine, in homage to wisdom and bitterness, time and bears. Perhaps it was because they spoke to her experiences thus far in her short life better than the others she had visited this cycle--she had known the taste of sadness often--or they were truths I sought and had yet to find. Either way, the Eidisi was out in search of answers once more.

And it seems, as she tentatively stepped into the fracture, she was not alone in this.

Before her, a man knelt. Much of his small frame was obscured by the shield and hammer strapped to his back. A mop of blond hair stuck out above the metal, bowed presumably in prayer. Not wanting to intrude, I shuffled to the man's right, unable to mask the sounds of my footfalls and hopeful that they did not bother the man's supplications. Then, sitting down in a cross-legged position, I closed my own eyes, but not before checking to make sure the sword strapped to my waist wasn't dragging across the stone floor.

Despite my best efforts, it was not a prayer of my own that came to my mind first, but a question: who was this man? In the few times I had visited the shrine, I had never once encountered someone else within. Sure, there had been signs of people--offerings, flowers, and the like--but never the seekers themselves. Of all the shrines to the Immortal in the city, this was the one least frequented. So what, then, had drawn this man to this particular shrine? 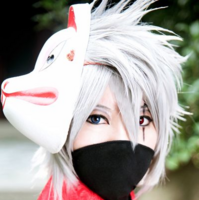 Re: [Shrine to Ralaith] Bear The Sadness

Ya guys didn’t give me much to work with here! It looks like all that happened was a meeting which led to an abandoned thread. That’s too bad ☹
You did a good job of describing your partner's appearance though!