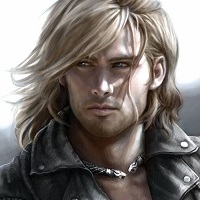 “Watch your heads laddies! The boom’s a swingin’!”

Nikhael sat at the stern and cranked the tiller to the left. The small ship veered to port side and for a moment the sails fluttered as they headed straight into the wind. The two young boys ducked down to the safety of the boat as the main sail swung, and Nikhael narrowly dodged the boom himself as he leapt up to the front of the boat to adjust the ropes of the head sail.

“Thanos, grab the tiller and hold it steady!”

“Aye aye Mr. Captain sir!” Piped up a young voice as one of the two boys grabbed the tiller.

Nik swiftly pulled the rope for the head sail and secured it in place. “What you can do first, Ryder, is stop picking on Thanos.” When Nik saw the subdued pout on Ryder’s face he thought for a moment that he had nipped the bad behaviour in the bud. But he should have known better.

“And then what Daddy? Do we get to go fishing and watch Thanos fall in again?”

All of a sudden the boat lurched and Nik jumped to the tiller that was nowhere near the angle he had left it. “Hold tight Thanos! That’s it lad!” He said as he returned it to its place.

All in all, it was a beautiful day for sailing. There were only a couple clouds in the sky. It was bright but not too hot and the wind rushing through his hair felt reminded him that this was what he was meant to do.

It had only taken Ryder a couple moments to get bored. “Dad, Daddy? Is this the fishing net we use?” The boy held a large net in his hand and was waving it about.

“Ryder, not now. We have to get closer into shore where the fish are.” Nikhael replied in a tired voice.

“Yeah Ryder,” Thanos repeated and stuck out his tongue.

The boy let go of the tiller and burst into tears. “Ryder’s being mean to me, Daddy. Stoppit!” He whined.

“Now listen up young man,” Nik spoke sternly to Ryder as he got to his feet. “What did I say about picking on Thanos?” There was a muttered response not clear enough to make out the words. “I told you that it was time to stop picking on him. So you’ll accept the consequences for not listening to me?” This was said rhetorically and for a moment Ryder’s eyes widened with uncertainty.

There was a moment’s pause and then Nikhael sprang into action, tickling the child’s under arms, belly and whatever else he could find. Ryder hooted and hollered in laughter and tried to squirm away from his father’s relentless onslaught. The two of them were soon rolling on the bottom of the deck while Thanos held the tiller and dejectedly removed the net from his head.

“Serves you right,” said Thanos as Ryder clutched his sides and begged his father to stop.

“Truce?” Nik asked Ryder at last. “Truce!” The boy answered desperately. “Just remember, that means a truce between you and Thanos at least until dinner time.” “Promise! I promise father.”

The next bit was smooth sailing, so to speak. Nikhael angled the sloop towards the shore so they would travel alongside it, while both Ryder and Thanos were mesmerized by the hundreds and thousands of seagulls nesting along the rocky cliff.

“How many do you think there are?” Said one of the boys.

“More than you can count,” replied the other.

“More than –you- can count,” said the first.

“Are we going to get eggs today?”

“Not today. Today we go fishing because the fish are spawning.” Nik explained.

“It’s when the fish all get together and make eggs and baby fish.”

“Does that mean we’re going to eat the baby fish?”

“No, we only catch the big ones,” Nikhael answered and ruffled Thanos’s hair. “Isn’t that right Ryder?”

The other twin grinned and held the net at the ready. Nik pulled the tiller and the sloop angled tight against the wind as they sailed along the shore. Up ahead was where the steep cliffs began to drop off and various inlets and bays formed around the edge of the lake. Nik had gotten lucky with these calmer waters in the past and was sure they would get a good haul this time around too.
word count: 213
Top

As they neared the shoreline, Nikhael kept the sail tight against the wind. He offered a quick prayer to U’frek for the good weather, particularly after all the rain of Ashan. There was a sudden plop into the water and Thanos eagerly jumped up and pointed at a circle of disappearing ripples.

“Daddy! There was a jumping fish!”

“Then it’s high time we get fishing, ain’t that right Thanos?”

Nikhael slowed the progress of the sloop until they were a good distance from the shore. Not too close that they would be making adjustments to the position of the boat to counteract the force of the waves, but close enough to get a good catch.

“Thanos, Ryder, hold the tiller so that we stay facing into the wind and daddy will take down the head sail.”

They wouldn’t need to be going anywhere fast, and with one less sail it would be easier to fish off the boat. Nik let out the top rope of the head sail, and quickly began folding it down as the tension was released. He tossed the sail into the cabin below and then found the net that Ryder had left on the deck.

“Can I trust you two to hold the ship steady as I cast off the net?” Nik asked, and he was met by eager nods from the twins. Although both watched with fascination as the biqaj prepared the small net, holding it at the center point and checking that the weighted edges were not tangled. Nik let it hang like a thick rope with the center at the top and the edges dangling at the bottom, and gave it a couple of loose folds so it could still open up. Placing part of it over his shoulder he moved to the edge of the deck and twisted back.

He allowed his momentum to bring him back and then launched the net out into the water, the center being held by a long rope. It landed with a light splash in a roughly circular position before the weighted edges began to sink down. Although his net wasn’t a perfect circle, it was good enough to catch fish for him and his family.

The next part was a mix of patience and skill. Nik slowly began to draw in the net. He didn’t want to go too fast and startle the fish before they ensnared, but he also didn’t want to be too slow and have the fish dart away before the net had wrapped around them. As he began to pull the center portion out of the water, he gave a few sharp tugs, trying to entangle the fish in the weave of the net before they could escape. He grinned as he felt the slightest bit of resistance and continued to pull up the net. Nik pulled the up rest of the net and it gushed water as he lifted it out. There was a scaly glint from the sunlight.

“We got something boys!”

It was just one fish, about the size of his hand, tall and flat, but it was something.

“Thanos, go get the bucket!”

Ryder was about to protest and run after his twin, but he managed to stick by the tiller and keep the boat steady.

“Fill it with a bit of water, careful now, and I’ll get this fish out.”

Nik carefully began to untangle the net while the fish made a few last efforts to flop away. Once the bucket was filled, the biqaj dropped the fish into it and the fish wiggled about in the bit of water.