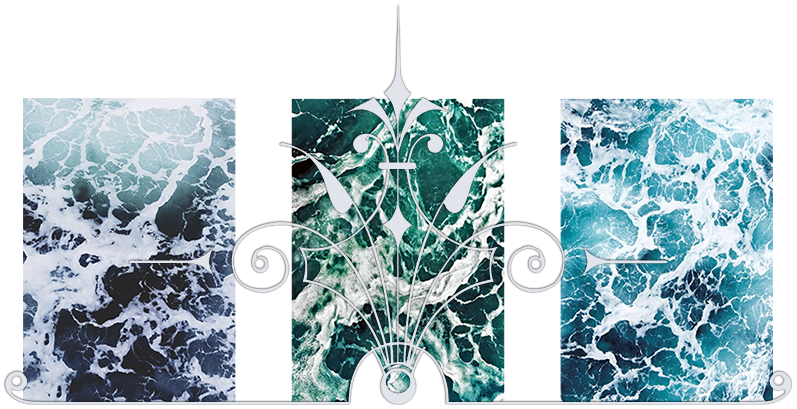 Rynata looked up at Inora and turned around once, spreading her arms out a little. They had just disembarked from The Gilded Siren and were about to make their way into Almund.

"What do you mean, 'how do I look?'. You've barely changed," the other woman responded in a tone slightly exasperated. She was on edge because of the poorly furnished quarters in the Siren even though Rynata had given up the hammock for her.

With her hair done up in a loose bun instead of its usual braid, Rynata's face fell. In this style, the mist falling from her locks seemed to pool around her shoulders, creating a curious half cape that came and went with the wind. As for the rest of her attire, as Inora had kindly pointed out, she had indeed donned much the same. Her usual clean white shirt, vest, and trousers. What was different however, was the gold armband and the enchanted cloak and boots. The cloak kept her cool even in the Saun suns and the boots had happily changed into a muted shade of green to match the sash at her waist. Rynata had thought this was dressy enough, but apparently Inora disagreed. She herself was wearing a breezy summer dress with the appropriate jewelry and hair.

"Well, I would have gone with the red coat, but I suppose it would have been too hot," Rynata muttered a little rebelliously. After all, she thought that particular outfit suited her quite well.

However, the truthful reason behind why she wasn't wearing said coat right now was a little different. The moment Rynata had tried on the bright piece of clothing, Inora had glared at her so venomously that she might as well have just called down a nasty plague of boils on the woman's entire family. If she even had family, that was. In any case, as Rynata didn't intend to be murdered by her employee in the name of fashion, she had stuck to the safer option.

"I guess it's not as bad as it could be," Inora relented grudgingly. "But take off your cloak once you're inside. You look strange wearing that in the middle of Saun, for goodness sake."

The two of them stepped up to the imposing Merchants' Guild building and up the stone stairs. Rynata produced a deep yellow token from her vest pocket and nodded at the guard, presenting the piece of Scalvoris glass. The trinket glinting in the sunlight was painstakingly acquired proof that she was with the Guild.

"She's with me," Rynata smiled, waving a hand toward Inora.

The guard stepped aside and allowed entry into the luxurious building. Once inside, it was a matter of finding the right stair case and conference room. The entire hall was a busy maze of counters and office corridors. Since she had caught wind of the fact that there was to be an unofficial meeting today, there had to be a sizable gathering somewhere on this floor.

Spotting what looked like two building staff manning a set of large double doors, Rynata approached them intending to ask questions. However, as soon as she did so, one of them stepped forward to take away the cloak which she had dutifully placed around her arm, and one of them moved to pull open the doors for them.

Letting Inora glide in first, Rynata quickly followed after her. Inside the spacious and brightly lit room, there were already a good number of affluent looking people milling about. Another staffer floated past them with a tray of drinks from which Inora plucked two glasses, handing one to Rynata.

"I thought you said you were looking for someone in particular," the other woman murmured to her employer as she took a delicate sip from the glass.

"I am, or was..." Rynata replied. "His name is Jacien. He's the bazaar master here in Almund. I hoped he might be here today, but now that I think about it, he might not be the type."

As she said this, scanning the room, there was indeed no sign of the imposing master of the bazaar she had met during her first trials in Scalvoris. He surely had other people to attend these meetings for him and report back any interesting findings. Jacien was likely still holed up in his administrations building, auctioning out prime locations in his market domain. One of which Rynata had her eyes on. Her own stall was currently situated in an out of the way alley, and with her fortunes improving, there was definitely sense in trying for a better location. If Jacien had been attending the meeting today, it might have been a chance to secure that position with direct negotiation without having to deal with the extra competition in a flat out auction. However, since the man seemed to dislike her neutrally at best, perhaps him not being here was instead, an opportunity.

"Either way," she continued, "I think it best if we got to know the Guild a little, anyway. To make some new friends, yes?"

"Friends?" With that, Inora gave a little smirk and a wink and sauntered over to a group of gentlemen by the window, leaving Rynata by the door with her glass of what tasted like expensive wine.

Sidling along the wall, Rynata saw a woman in a dark, sea green dress with distinct, pointed Biqaj ears. Appearing to have noticed her gaze, the stranger also looked up and gave an enchanting smile. Not wanting to look terribly out of place or rude, Rynata inclined her head and walked over, intending to see if she could make some productive small talk.

"Hello," the woman greeted in slow, silky tones. It was a voice quite similar to Inora's voice but slightly thinner. "I don't think I've seen you around these parts. We haven't met, have we?"

"No, I don't believe we have. Rynata Ki'Oriq, at your service," she said, a friendly smile playing across her features.

Rynata thought that being a Biqaj, herself, she would have been used to the swirling colors in the eyes. However, with this woman, there was something disarming about them. She was very pretty, or was it just the way she was looking at her.

"Zihida." The woman introduced herself and then glanced off to the side, chuckling lightly as if Rynata had just told an amusing joke. "'At your service', hmm? Now that would be interesting to see, wouldn't it?"

Brow quirked quizzically, Rynata started to open her mouth but was interrupted by a hand on her shoulder.

"I'm terribly sorry, but could I steal away Ms. Ki'Oriq for a moment?"

Inora had returned, assuming the elegant smile and poise she had when Rynata had first met her. Behind her was a man in a dark suit. Presumably one of her new acquaintances from by the window.

"Sure, go right ahead." Zihida made a wave toward Rynata and drifted away toward another group in the room.

Stepping over to Rynata's side, Inora slid an arm around her shoulders. It would have been an affectionate gesture had Rynata not known better, and as it was, she had to remind herself to keep her expression nonchalant.

"This, is Michiel. Michiel, Rynata. We were just talking about that awful attack last season, and Faldrass came up."

Michiel was an older gentleman with mischievous eyes, and Rynata got the vague impression that this was what Jacien would look like should someone ever concoct an alchemical solution of cheer.

"I have a shop in Faldrass, you see. And when Inora told me you had been there with the Elements, well, I thought I could help you with your problem with old Jacien."

This time, Rynata had to squint a little. Since when had Inora ended up on a first name basis with this man?

"It's not a problem, really, I was just- well, if would be so kind," Rynata tripped over her last few words as Inora's arm around her tightened menacingly.

"Jacien owes me a few favors I'm sure he'd love to get rid of. It shouldn't be too much trouble. What was it, again?"

"A favorable spot in the bazaar. I'm afraid I've been stuck back toward the alleys for a while,"
Rynata said, recovering.

"Ah, well, that's a shame," Michiel shook his head. "We should have you move business to Faldrass, and get you out from under the old man's thumb," he laughed. "Anyway, I'll talk to him about it. Thank you for your help on that day."

Michiel said his goodbyes to Inora and back to his friends by the window. Hiding her face behind the wine glass, Rynata pretended to take a sip, just to have something to do. She really had to get used to these settings. Inora eventually released the grip on her shoulder and started corralling her back toward the door, looking very smug.

"And, done. See, it's good to have me around. Who was that woman you were with anyway?"

"Zihida, she said. I'm not sure. We didn't get that far in conversation."

Inora sighed again, and soon they were back out on the streets of Almund, where strangely, Rynata felt much more at home.
word count: 1588
Top

Re: A Better Deal 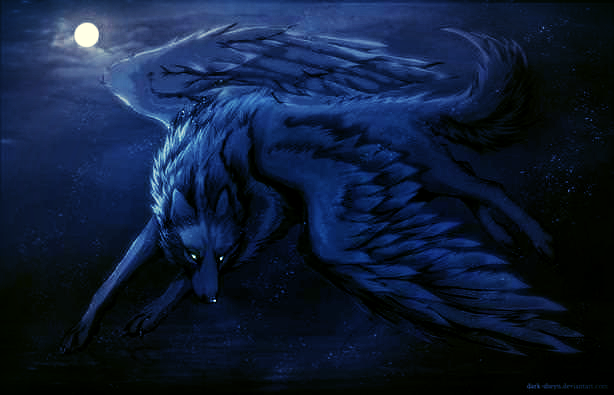 Deception: Exaggerate problems
Negotiation: Taking advantage of a favor
Persuasion: Look appropriate to those you want to persuade
Persuasion: Being a sympathetic figure
Persuasion: Have an advocate
Rhetoric: A play on words

Fame: +15 Not only did you appear in the Merchant's guild meeting, your attire was unconventional to those types of gatherings. You caught the eye of a few others besides Michiel & Zihida, now what comes from this new found attention, well who is to say.

Notes:
I like this thread, as it gave an incite into Rynata and how she deals with being out her element, unlike her employee. I see her as this shy wallflower and a woman who doesnt like to asked for help if she can help it. But thats what made this thread such a good read. She worked up the courage to step out her box and do somehting unlike her, besides once eye contact is made you cant escape that as if it was a pokemon battle. All in all good thread and im happy I reviewed it.