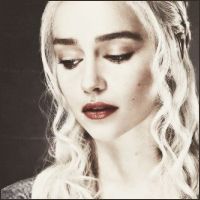 41 Ashen 716
The cart had delivered the body to the infirmary and a couple of the orderlies helped Levinia move the body into an empty room that was far enough from the other patients. It was also quite cold, so much that Levinia had to put on her cloak just to work on the dead man. With the two men’s help they quickly stripped the body, depositing his clothing into a neat pile. She would make sure the clothing wasn’t going to be messed with and delivered to the Captain.

So now the body lay on a cold table with a light sheet covering the dead man modestly. Levinia took a deep breath as she washed her hands in a solution of water and a natural disinfectant and frowned at the corpse. The body was stiffening a bit more and the skin was already starting to form a marbling effect that happened when the blood in the veins began to go bad. After her hands dried enough, Levinia made the decision to start with determining the time of death.

She crinkled her nose, glad that no one was watching her, then tucked her hands under the corpse and used all her strength to lift it slightly. Levinia grunted and strained but she finally managed to lift it high enough to note the pool of blood that had gathered at the man’s back. This meant he had been laying on his back for a long time, enough for most of the blood in his body to gather.

The little healer let go of the body as gently as she could then released a breath she had not noticed that she had been holding. “Well.” She told herself outloud, “He has been dead for at least two days and on his back.” She reached towards the man’s face and forced his eyelids open. The bottom of the white part of the eyeball was bloodshot which could easily be mistaken for anything from not sleeping to drinking too much. It could also mean asphyxiation. Levinia could use that as further proof of her theory that he was choked to death. She shut his eyes and took a deep breath, thankful for the solution under her nose that she didn’t have to breath in all of the corpse’s stench. This was just the beginning of her investigation.

Levinia had tied her long white hair back and covered it jealously with a bandana until nothing showed. The last thing she wanted was to get stuff in it. If she did, that would mean a trip to the bathhouse with money she just did not have. Although, after working with the corpse, the thought of spending a few coins on a full bath was sounding more and more likely. At the moment she was examining the hands, looking for signs of a fight or a struggle and sure enough there were.

The dead man's fingernails seemed to be slightly lifted as if he had been scratching at something. Some of the nails seemed cracked and split; and they seemed to have a bit of red goo similar to blood. Levinia decided to make sure by scraping some up and testing it. Testing for blood was easy with the right solution. Blood reacted differently then say, a red dye or the rouge some of the noble ladies often wore. (And some of the men.)

After mixing the solution, which came from the infirmary itself, she got a clean piece of linen and scraped the goo off the fingernails and then dipped it in the solution. The goo began to fizz in the solution, which was a mixture made by the alchemist and Levinia wasn't particularly sure how they made it. (Similar to Hydrogen Peroxide) It then began to turn red and react as human blood would react giving Levinia the proof that the dead man scratched at his attacker. That was something that the Captain would want to know and she quickly made a note of it before continuing with her examination.

After she made her notes, Levinia once again washed her hands in the solution and went back to the corpse. The last thing she wanted to do was check on the red line that marked the man's neck. The rigor would make it difficult, but the neck was extended enough to manage a good look. She lit up a candle with a small circular mirror attached to it, in order to direct the light, then she examined the mark closely. Her small digits prodded the mark while she held the candle in her other hand. The line went right over the man's adam's apple and dug painfully into his windpipe. It would not take long to suffocate him, but the struggle would have required strength. This ruled out a child or a small woman like herself. A man, could have definitely done this, or a trained woman. Either way, judging by the man's nails, the culprit would have scratches to show for the crime. The captain would have to be quick about it though, since scratches could heal quickly unless they got infected.

Levinia had asked one of the boys working in the infirmary, a runner, to get her several pieces of thin rope. He got her a rope made of hemp, another of horse hair, one of thin leather straps and finally one made of silk. The latter one, Levinia was told, had to be returned being that silk was expensive and its owner was only loaning it. It was nice of them to loan it, however, and Levinia made a mental note to thank the lender later on. The boy had decided to wait for the rope and stood fascinated, his eyes wide open in wonder as he watched Levinia inspect the body. The little healer didn't mind and found the boy's warm presence comforting in the cold room. She ignored him, however, as she began to compare the ropes to the wound on the neck.

The science wasn't exact, but she did learn a couple of things. First, the hemp and hair ropes tended to leave particles behind and there were none on the body or on the man's clothing. So those two ropes were quickly eliminated. The leather rope was more crude and it made a line that was indicative of the leather braiding. The line on the man's neck was smooth, almost like a wire. It was the silk rope that matched and silk was strong enough not to break when force was applied. "Looks like we have our culprit." Levinia spoke out loud.

The young boy jumped slightly as she spoke, probably not expecting it and probably a bit frightened of the dead body. He responded, believing that Levinia had spoken to him, "Y-yes, ma'am." He looked up at her, his face full of wonder which made Levinia smile. She wondered herself, if that was the same look she had given her father when she had seen him doing something similar. Perhaps, if the boy worked hard enough, he to would one day become a doctor.

"Here you go, and give my thanks to the lender." She handed the boy the silk rope and watched him leave. Levinia then washed her hands and took down notes. After reviewing her notes and her thoughts. She proceeded to write the captain her report. The following is my conclusion on the murdered victim found in the alley. Please take into consideration that my knowledge is limited but I am quite certain of a few things.

First, the victim was suffocated with a 'silk' cord that was placed across his neck cutting off the victim's ability to breath. I tested four types of ropes that would be capable of this act without breaking the skin as wire would. The ropes were hemp, horse hair, leather and silk. The silk cord seems the likely candidate. Also, please note that silk is expensive. My theory is that this was a professional killer, but of course your knowledge in such things is much more substantial than mine.

Second, the victim did struggle with his killer. I found that his nails have been damaged from scratching at his killer and have also concluded that there was indeed blood under his nails. I tested the material found under his nails with a solution that identified it as blood. However, there is no way to differentiate between human and animal blood. I seriously doubt he would be scratching at an animal and can only conclude that it was indeed a human that he scratched. Your suspect would have these scratch wounds, probably on his or her arms.

Finally, I have enclosed the victim's clothing. I have ensured that it has not been tampered with and I have personally enclosed it in a clean linen cloth in order to keep all evidence secure and unsullied.

I hope that my examination and report are helpful towards your investigation, and enclosed is the bill for my services. I am honored to have helped and if you are happy with my work, please seek me out again. Notes: Really enjoyed this one and you covered a lot. Great solo thread.