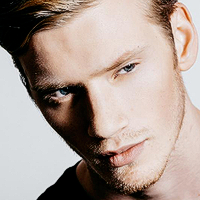 Thread Name: The Laws of Men and of the Heart & side-thread Breaking and Taking.
Participants: Quio, some NPC's (no city NPC's).

Summary: Quio snaps and decides to free two men, Vernon and Derek Smith, from their slavery in the Fighting Pits using any means necessary. To do this, he steals the identity of a man called Earnest Freeman, a worker at the Pits. Earnest and his family learn Quio is a Yludih. The family is held against their will and threatened; the Fighting Pits are infiltrated, during which Quio commits acts of impersonation, arson, assault, thievery (of a unknown amount of gold which will go to the Smiths), and frees the two men (plus perhaps others).

Important Quotes: N/A, but the crimes against Freeman and his family happen in Breaking and Taking, during which they discover Quio is a Yludih; the infiltration occurs in The Laws of Men and of the Heart, with surveillance during the first couple of posts and the distraction (arson), heist, and escape happening in the final four.

Impact: Quio's crimes might be blamed on the Rynmere Citizens Alliance.

However, it's likely the guards will learn that a Yludih stole a face and attacked the Fighting Pits, which may cause xenophobia among the citizens. Also, Quio's Rynmere identities Iaan Krome and Ruq Qy'ihadi may be uncovered and linked to the crimes.

Moderation: None. Both threads are complete.
word count: 242
A L I A S E S
Top

Thread Name: Come in from the Cold
Participants: Elyna and Malcolm.
Summary: Malcolm is followed home by members of the alliance and Faction VII. The couple is attacked in their home. Elyna is taken by the alliance, and Malcolm is carted off by Faction VII.
Important Quotes: "Alive or the deal is off."
Impact: Criminal organisations strengthened in the city. The Iron Hand is missing two prominent leadership roles.
Moderation: None.
word count: 74
Top 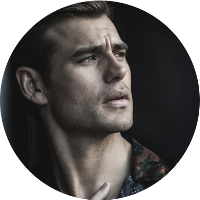 Thread Name: [Krome] Stains
Participants: Xander Krome, Celeste Andaris and Rafael Warrick (in disguise)
Summary: Celeste is attacked by Rafael Warrick who is pretending to be a servant at their engagement party, he is attempting to kidnap her when he is caught by surprise by Xander. There is a small chase and a fight between Xander and Rafael and the Krome Guards and Rafael's accomplices.
Important Quotes: "You know nothing, just like the rest of you nobles in your ivory towers."- Rafael

"We are everywhere, Lord Krome. We are in the homes of every noble house, you nor your wife, nor your highborn friends will ever be safe...the citizens of Rynmere have suffered enough. What price are you willing to pay, Xander?"- Rafael

"You have made a mistake making an enemy of me, if only you had opened your eyes. Maybe you would have not acted in such a foolish manner."- Xander

Impact: The Northern Krome House has increased guards. Xander will discover the identity of his attacker but others will believe it was the citizens alliance from what was said. Discontent among Krome Nobles about the Citizens Alliance.
Moderation: None
Last edited by Xander Andaris on Wed May 03, 2017 9:40 pm, edited 1 time in total. word count: 193

Thread Name: Thumb, Thumber, Thumbest
Participants: Tristan Venora, Yanahalqah
Summary: Tristan hires Yanahalqah to help him track down Dora Duim, a woman who wants his thumbs for Becoming. He confronts her and nearly sleeps with her (seriously!) before she changes into a gorilla and goes completely crazy. Tristan runs and alerts the guards who try to kill her, but fail. The neighbours are frightened.
Important Quotes: “Becomer!”
Impact: Increased guard presence in the neighbourhood (Dora lives somewhere in Midtown) and maybe a bounty on Dora Duim's head. She still hasn't been caught!
Moderation: No.
word count: 96
Top 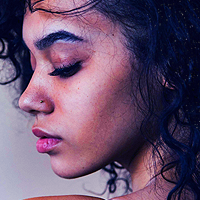 Narav wrote:"He waited while the Iron Hand was called to give his statement, describing the demon as clearly as he was able. Her face, the contours of her bones, the way her body shifted from empty night to flesh, the long claws."

Thread Name: [Krome] Our People
Participants: Xander Krome, Celeste Andaris, Rita Fenyo
Summary: Xander and Celeste help out by providing soup for the sick and meet Rita who informs them of the severity of the illness.
Important Quotes: "It appears the severity and extent of the sickness was severely under exaggerated."- Xander Krome

""Well, Krome is regarded by us healers as completely infected. That means a large percentage has this disease, I myself have had more people in a trial then I usually get within a fortnight. Currently, symptoms are runny noses, sore throats, aches and fatigue combined with a mid to high fever. The last being the most problematic. I believe that they have been moved to the town hall to care for those with the worst symptoms."- Rita Fenyo

Impact: Positive for House Krome, one of their Lords is seen helping the sick alongside his fiance, Celeste. Discoivering how bad the sickness really is will lead to Xander imploring his parents send more resources to help.
Moderation: None
word count: 170

I'm going to give this a go - and hope I get it right. Apologies if not.

Angels Run:
Participants: Elyna and Vakhanor
Summary: Vakhanor finds out that Elyna is being held by the Alliance and free's her. They escape a burning building in dramatic fashion. The Alliance headquaters have been destroyed and the leader Gilwyn is dead.
Important Quotes:
"Crack, the smith tightened his grip and twisted the man's neck, watching the body fall limp onto the floor."

"Elyna floated, watching the stars appear in a midnight sky. A crowd came to the sound of falling glass. She choked on the frozen air as it burnt her mouth and tongue then sank through her lungs. There was a warm weight against her but the flagstones of the city street were cold. Thick clouds drifted into view, followed by concerned faces. "

Lover, where do you live?

Participants: Elyna Burhan
Summary: Elyna comes across a body that bears similar scars to Malcolm on the neck. She believes that Malcolm Krome is deceased.
Important Quotes: "There were scars along the side of his scalp. Loving fingers smoothed down the side of his neck and she pulled the collar of his shirt back. A deep slice to the flesh that should have killed him. A small moan escaped the woman before she pressed her hand to her mouth."
Impact: Belief that Malcolm is dead
Moderation: Up for review
word count: 94
Top

Thread Name: Promoting Potential
Participants: Elyna and Whisper -NPC General Gregarious
Summary: Elyna is promoted to Colonel within the Skyriders - This did happen in Cylus however...
Important Quotes: “Prove me wrong, Colonel Elyna Burhan. Prove to me that you are worthy of your position.”
Impact: Positive for house Burhan - Colonel in the ranks, hooray!
Moderation: Completed
word count: 56
Top
Post Reply Request an XP Review Claim Wealth Thread
26 posts