The White Well - A massive collection of waterfalls in Burhan.
Raptor's Rest - A place Jacadon go to die.

Also done a lot more work on The Iron Hand including the creation of an old language "Draketh" that is taught to members carrying the title of Captain or above. You need permission to start with this language. Translator will be up sometime next week.
word count: 68
A N D I T' S A L L J U S T S M A L L S T U F F, B A B Y.
Top Come one, come all!

Tension thickens in the city of Andaris as a wave of violent crime overtakes the city. Beginning first with the assault of Quincy Andaris by what witnesses could only conclude was a beggar. The Andaris noble shows signs of trauma for several days, though bedrest and alcohol soon prove able to medicate him properly. (71st of Ashan) Just as the drama of the unexpected assault begins die out, a merchant in the Warrick region reports a painting stolen from him! A masterwork worth several hundred gold nel, the man is furious, running amok with his complaints for several days before the matter dies away. Three days later, the painting resurfaces within the walls of the Rynmere Gazette in Andaris, splattered in blood, some of which was used as an ink to emblazon the words 'The Conduit of Ruin has been Passed' in thick, scripted text that slants diagonally across the painting. The merchant is unable to be reached for comment, and has seemingly left his comfortable Warrick home in a hurry, a mess of papers thrown about his manor when authorities move to investigate. (83rd of Ashan)

The city of Andaris, still shivering in the wake of the ominous message left in such a grisly manner in the heart of its walls, finds itself yet again plunged into the middle of what can only now be described as a chain of events. With little to tie the first event to the last, Rynmere authorities have begun to suspect foul arcana at work, though few would expect such a thing from either of Rynmere's arcane presences. No one is left an innocent, and fingers begin to point until in the middle of the night, a scream is heard. When guards seek to investigate the noise, they find a disturbing sight. A murder takes place in Midtown. The body is strung up by its ankle, an arm cut at the elbow and pointed southwest, with the other leg severed at the knee and the stump pointed due northwest. (97th of Ashan)

The main event will take place on the morning of the 98th, though any and all of the three dates/events are available, if someone so chooses, to be the subject matter of threads that are either self-moderated or undertaken under the supervision of Mythic!

Mysteries! Intrigue! Arcana? Please, express your interest to Mythic via PM if you choose to participate in this event or want to involve yourself(ves) in this so gripping turn of events!

A maximum of six PC's will be allotted for the main event, first come first serve Added forests and roads (and the wall), note that there is no road into the region of Burhan, which is accessible only by boat. Tomorrow's update will include descriptions of each forest, like I've done with housing and armor (which I still need to finish).
word count: 49
A N D I T' S A L L J U S T S M A L L S T U F F, B A B Y.
Top Sign ups for the quest event on the 98th are now closed!

The roster for the event is as follows:

Note: Leeson, I intend to start the thread in the next three days. If your CS isn't approved, we'll begin without you, sadly. Though there's always next time!
word count: 69
Top 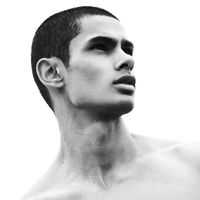 I was wondering if anyone would want to go after the bounty on the Bounty Board with Aelius? I don't have a date in mind, but if someone were interested in the skills and 25gn being awarded, I'm open to working the date out to fit both schedules.

The posts is as reads:


Wanted Alive: Sarah Rosemary
Crime: Sarah is accused of stealing a black horse with two white socks and a small star on his head from the ports in Endor and was last seen headed south towards The Burning Mountains.
Reward: 25gn for safe return of horse.
Expires: 20 Suan 716

There have been updates made to nobles houses. I have added a section for House Relationships and a bit about their role in Rynmere. I'm letting some of the players, with some guidance from myself, come up with these relationships and their current standings with each other. If you're interested in working on this, submit a write up to the Rynmere Development thread.
word count: 65
A N D I T' S A L L J U S T S M A L L S T U F F, B A B Y.
Top

These locations took a lot longer than I thought they would to flesh out and some of them could probably use a bit more love, but for now you know what to expect going into any of these forests. The Grimvale and Wisp Wood are still being worked on (Wisp Wood probably won't come out until the race is finished), and Grimvale is being worked on by the lovely Skyard. For now I can tell you that Grimvale is riddled with legendary beasts and has a hidden track that goes under the River Zor into Krom which is often used by Bandits (so if you're thinking of taking a stroll, nine times out of ten you will probably be held up by some raider party). Enjoy and let me know if anything needs clarification. If you want to work on any of the locations in Rynmere or create new ones, feel free to add them to the development thread in 'Behind the Throne'.

Quest thread is up!

There have been a few adjustments made to Rynmere Bank interest rates, loans, and accounts for clarity. It now cost ten gold nel to open an account.
word count: 27
A N D I T' S A L L J U S T S M A L L S T U F F, B A B Y.
Top 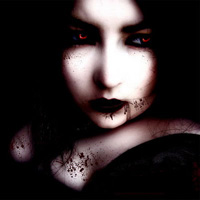 I just wanted to drop a line here and let everyone know that I will be playing in Andaris for a while. If anyone is interested in threading please feel free to send me a PM if I do not contact you first ^.^. Happy Writing!