• Memory • I Will Bear The Flames

En'yka finally graduates Oikeia and is inducted into the Occult. 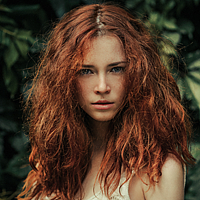 I Will Bear The Flames 1st Trial of Vhalar, Arc 698
The final day of Saun had come and gone and with it, the blistering second sun as it descended finally below the horizon, giving way to a most dark night. It wasn't dark by any means as the flames within the city, as well as the glow of molten rock flowing along side the mountain, cast the sky in a light, gray haze. No, it was dark in the sense of... something ominous..?

En'yka sat atop the stone seat of a window that looked out onto the great city of Sirothelle, her amber eyes locked onto a rather large temple seated off to the south. She could already see flickering lights entering through its stony pillars, most likely members of the Occult arriving early to prepare for its new recruits. Soon, En'yka would be among those flickering lights, proclaiming to the Zatkai and ruler of Sirothelle as well as their beloved Immortal, Faldrun, her undying faith and allegiance to their powerful city.

It hadn't been easy getting to this point... Nothing in life had been easy and En'yka could only assume that such a fate would continue for her. But she was anxious and for what reason, she couldn't decipher. She had tapered her emotions into a small ball and pushed them inside a box that she kept locked and buried beneath barriers and walls within her conscience. Even the neglectful behavior of her father didn't phase her anymore, neither the harsh words of her superiors nor the cruelty of her acquaintances bothered her. She had detached herself and built inside the void a desperate need to survive.

That same desperation was mirrored in the eyes of her fellow students at Oikeia.

Oikeia was a division of education that provided intensive conditioning and training to “gifted” students. Though Sirothelle provided jobs to every citizen, Oikeia was specifically designed to craft young adults into soldiers. Equipping them with knowledge and the right kind of discipline to encourage cognitive abilities and critical thinking as well as self reliance and loyalty to the government and its people, Oikeia also instilled a deep seated fear. One the rested below the patriotism, pride, and love for Faldrun. Sometimes it coupled with the need to survive and sometimes, it hide away in the darkest parts of the mind, whispering troubles in soft words...

She didn't turn her head to the voice. She didn't even answer it for she knew it needed no answer.

The flickering lights moving slowly into the temple began to cluster further just as, somewhere off in the distance, a low bell chimed. Its single note was hollow, deep, final...

“Ennn'yka!” A crazed giggle reverberated against the stony walls of her room but still she sat, patiently waiting to be collected.

Then, just from her peripheral, an ivory hand approached her. Though, it halted during its journey, a pause that quieted the room just before En'yka could feel the heat and burst of flame caress her cheek. Closing her amber eyes, she tilted her head away. Something about the heat made her own blood boil fiercely and the young Aukari could feel her skin heating up, shifting to a soft hue of purple and blue mixed with sun kissed, tan pigment.

“Here me now...” The voice whispered again. “There is only death... Where is your freedom, En'yka? Death.. is freedom. Only death.”

Taking a deep breath, En'yka let out a soft sigh, calming herself. The voice would not bother her, it could not. Such a thing was a figment of her imagination, a symptom of her achieving such renown as she had through her training. Her emotions were trying to spring out of her and as always, she clamped the mental box on them.

Opening her amber eyes, they were bright and molten, burning with focus and determination but also a deep seated hatred. Turning her head, she scanned the room. There was no one among its emptiness except for the plain, wooden furniture provided to the students from the school. She knew it would be empty, though the sound of foot steps approaching held her darkening orbs to the door. It creaked open without a knock and a robed, hooded figure entered the room.

Standing upright, En'yka bowed her torso before waiting to be approached by the figure. When the individual stepped to her so close that any individual would have eased back, she remained planted. Such a thing was a test. As was everything...

“You are not ready, remove yourself from the building... You have failed.”

Her dark eyes burned bright again as she looked up, fire bleeding just below the surface as she reached for the hood.
word count: 804
Top

I Will Bear The Flames

“You wretched child...” En'yka glowered as she removed the hood from the figure, only to discover the amused eyes of one of her classmates staring back at her. Shaking her head, she bit into her lip and moved back to the window. Such a pain..

“Hah! You alright there, thäjt zan?”

“And you wonder why you are not spoken to, Yvenik.” Molten eyes returned to shimmering green as her toned figure sat once more upon the stone window seat. Yvenik wore a light smile and stood at a tall, lanky but fit height. His hair was cut short and spiked a deep red while his skin was a gentle tan. His features weren't so unbelievably attractive, but he was attractive nonetheless. His personality made it hard for others to associate with him. If it wasn't for his combat skills, En'yka was sure he'd never have made it through Oikeia.

But here they were, with him standing in her dorm room, wearing an expression that En'yka wanted to burn off his face.

“You're grinning. It's unbecoming.” She said. “What are you doing here, Yvenik?”

Approaching her, Yvenik sat on the stone seat of the window with her and leaned out, looking off to the south where the temple awaited them. “It's graduation day. I wanted to say goodbye before you left.”

En'yka turned her eyes up to his when he finally moved to look at her. “Everyone knows, more or less, what they'll be doing from now on. Where they'll be going.”

“Me?” Yvenik asked and lowered his head. “Well, yes. But you know it's a secret.”

As it always is, but En'yka wasn't one to press about trivial matters. She didn't care so much anymore. Sometimes she wondered why the young man bothered her often, but today she would finally let the questions and annoyances go. He wouldn't be her problem anymore.

Each student had been assigned a task, just after the final exam had taken place. En'yka knew she was to report to the government council after the ceremonies concluded. She wasn't allowed to speak of it. None of them were. Though it was obvious which students drew the short end of the stick.

“You should get back to your room before the U'vesäs return to collect you.” En'yka motioned. “Those Masters will not be pleased to find you missing...”

Yvenik remained quiet, his green eyes still upon her even as En'yka had dismissed him so obviously. But he could only shake his head and smile. “Alright, thäjt zan, I'll leave you alone now. Sadvalith nàhieli, En'yka. But between you and I,” He leaned in closer to whisper,” I hope we never cross paths again.”