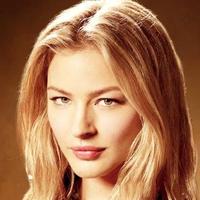 Partners:
Appearance
Tall and fair skinned with brown eyes and blonde hair, Syl'vyn at first glance looks like an innocent, kind young woman. However, a closer look at her eyes or the way she carries herself would reveal more of her true nature, for her expression is typically closed and guarded, her stature furtive. The inherent desire of the webspinners to conceal their goals and nature makes it rare for Syl'vyn to be open in her body language, but when she is she shows herself to be more aggressive in posture.
Personality
Wild, carefree, and at times actively malicious, a kind description of Syl'vyn would be that she's a free spirit. A more accurate one would be that she's a natural criminal with a love of wanton theft and is none too shy about using murder as a solution. Rather than curbing this nature, her upbringing as a Webspinner enhanced it, turning her into a remorseless kleptomaniac and merciless killer. That being said, she is neither insane nor ruthless and cold. Syl'vyn takes an unbridled joy in her lifestyle and can make friends easily enough if she chooses too, with perhaps a special fondness for young children, taking after Labrae, who she considers, as do many Webspinners, to be her mother. Her devotion to Sintra, on the other hand, isn't as strong as many, as her reckless and openly criminal nature did little to make a capable infiltrator and thus she holds more far loyalty to Labrae and her Webspinner "siblings" than she does Sintra. However, she knows her chaotic nature serves its purpose and when combined with a natural love of the sea, piracy was perhaps the only choice for Syl'vyn.
History
Taken, as most Webspinners are, by Labrae as an infant, Syl'vyn was raised on the island where Sintra and her cult make their home, learning the realities of the world, or at least Sintra's version of them, from her earliest memories. A bit of a bully and a pickpocket as a child, Syl'vyn still cared for her siblings and was usually willing to return what she stole from them. Encouraged in her criminal ways, especially towards non-webspinners, Syl'vyn was never given any real special attention by the few older webspinners who helped raise her, since they figured she would be a lackluster manipulator and world mover. However, her mother did encourage her, telling Sel'vyn that she wasn't without purpose.

As she grew older, she began to learn to fight and, while never openly rebellious, also started to question why she should serve a being that had never shown her even the slightest care. These doubts grew in her mind each day and night, but things came to a head for Syl'vyn when the dreams started, strange dreams that made her question herself and her role in things even more.
Housing
Where do you live? Describe your room/environment and what you have— furniture, decorative items, maybe even a pet?
Knowledge & Skills

Murder: Keep control of your victims
Theft: Keep their eyes of your hands
Marks Section