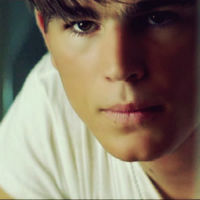 The boy stands at a height of 5'11": neither overly tall nor imposing, his appearance lends to the sending of a message of friendly banter and association. A cheerful smile is perpetually worn upon a somewhat rounded jaw. Biqaj plays heavily into his general appearance, with untameable hair and naturally tanned skin. His eyes are iridescent, something that reminds one of the roaring tides and majesty of U'frek's oceans. Though not overly muscly in build, Keldon's body is well maintained with a healthy diet and a sensible exercise regime.

[img]/gallery/image ... e_id=11472[/img]
Keldon, as per the influence of his upbringing, will wear as little clothing as possible. At times, he tends to go with just a pair of trousers, however if decorum requires it, he will wear a shirt. However it will be rolled up and bunched up at the right shoulder, leaving his back, shoulder, and chest exposed to the elements. Always one to be painfully aware of how his appearance affects the opinions of others (you are only as good as your looks, after all), Keldon does his utmost to preserve his face and body.

At only half-biqaj, Keldon does not display his emotions so fully through his eyes, nor does the colour vary so vividly, like it would with the rest of his kin. Keldon grew up being proud of this small difference; it was easier to lie to his clients, especially. Only when the strongest emotions show do his eyes change colour.

A born entertainer, Keldon loves the spotlight, but all the world’s a stage, chatting with a unique and earthy wit, Keldon can gain his own energy from soaking up attention. Utterly social, the boy enjoys the simplest things, and there’s no greater joy for him than just having fun with those he calls friend. If there is one thing Keldon is known for, it would be not holding back. Wanting to experience everything there is to experience, he doesn't mind stepping out of his comfort zone, and will even find a way to push those around him out of theirs.

Keldon's lust for life is such that other things may become a problem. The biggest challenge he faces is that he are often so focused on immediate pleasures that he neglects the duties and responsibilities that make those luxuries possible. He'd rather rely on luck or opportunity, or simply ask for help from someone else (and chances are his charm would have people falling over themselves to help him). Easily bored and often unfocused, it takes something truly exciting, or firm guidance, to keep this wild spirit on track.
Last edited by Keldon on Sat Dec 02, 2017 2:46 pm, edited 8 times in total. word count: 484
Top

History
The night on which Keldon's story began wasn’t a dark, stormy one, or anything that seems to start stories like his. It was a bright and sunny evening in Saun, where the air was crisper than normal, raising the spirits of Idalos' populous. The sun still shone down on the lands, bathing the ground in the warm glow of promise. That promise was rarely extended to the life of a slave, who could not claim that existence as his own. The illegitimate child of a Woman of the Night who had neglected to take herbs designed to destroy any chance of being impregnated, Keldon was wanted by his mother, but not by anyone else.

Raised in that same brothel, the boy's life was a narrow and limited one by many standards... yet to descibe it as colourless would not do it justice. His education was that of drugs, alcohol, debauchery, and pleasure. Once old enough to walk and hold his tongue, the Brothel owner created the role of 'Cup-Bearer', for any who ate in the establishment would pay their way, including an innocent toddler. Keldon was exposed to the social elite, something that was an education in and of itself. From there, he gained slightly more formal education in etiquette and hosting: a skill which had clientele smiling at him before he had even opened his mouth. At a tender age, much to his mother's horror, he was introduced to the sensual arts that really defined the desires of the guests of the underground. It was his all he knew, born and raised in the darkness, and he had learnt much of it before he was old enough to understand what had been happening. Training was short and easy for this reason, and it was the first time the owner did not despise the birth of a child to one of his whores.

Despite his ease at picking up the art of seduction, Keldon was nothing special, not when compared to the women, some of whom were exotic and beautiful in a divine way. Regardless, the young man did have a small pool of clients who would request him personally, and his popularity did slowly grow. His lust for life and youth, as well as natural allure and charm, had both men and women coveting him for a night of bliss. Whilst he himself enjoyed the company of a number of the clients who frequented the brothel, the boy never craved more.