Delta develops a habit to deal with the stress of her situation... 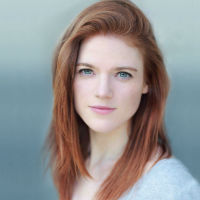 97th Day of Ashan, 716th Arc
It was the heat, it had to be. Or… if not the heat - for her time on the seas could hardly be described as cold - it was the humidity. On land, where there was no powerful wind, as it was found on the sea, the air felt stagnant. A putrid smell of decomposing waste (which Delta wasn’t even sure was just waste from animals) was all too often found between the brief interludes of fresh grass. The scent of salt, which the young biqaj had become so used to, was nowhere to be found. And the stagnation caused an overwhelming sensation being crushed; the air felt too heavy. It was claustrophobic, and the girl felt as if she could not stand up for the effort it would take in fighting against the pressure of air above and around her. It was wet, her body felt as if she had not washed in days… maybe it had been, she could not remember. But the moist air settled on her skin, on the welts which would not disappear. It itched. And she scratched away at the itch.

Left alone to mind the horse, Delta waited for Lakia to return with her kill, which would be their meal for the night. More importantly, Delta waited for Lakia to return with her next dose of psinia. Thoughts of her family barely entered her mind now, for her world revolved around that vile drug, and the woman who gifted it to her each day. Completely reliant on the low-grade hallucinogen, Delta was keenly aware that she had not received a dose of psinia in two days. This was the third, and Lakia had promised that today she would get more. Delta had even begged to hunt for the ingredients. Yes, she would move, she would fight against the crushing entity that was Central Idalosian air, and search for the herbs.

If it wasn’t for Lakia’s secret ingredient, Delta would leave: she could make it herself where Lakia could not. She could return home. He father would help her. He was the captain of a ship. Maybe by now he might even be in charge of a fleet. Absently, she drew her fingers along the bumps of her unblemished arm, feeling for smooth sections or blemishes, it didn’t matter which. Finding a recently scabbed over patch on the side of her elbow, her middle finger began to pick at it, using more force with each upwards drag with each failed attempt. How long had it been since she had last seen her family?

The general stagnant air made Delta feel hot, yet the layer of damp sweat on her skin sent chills, as if through to her very bones. Waves of the two extreme temperatures washed over the biqaj continuously, each only lasting for a couple of seconds before changing to the other. She felt like she was suffocating under the blanket which she refused to remove. Where was Lakia? Raising a hand away from the raw skin on her arm, she rubbed at the blackened burn which had never truly healed on her neck. It had scabbed over again and slowly, methodically, she began to work her way along the harsh lines of the oval branded into her neck. With each drag of her nail across her skin, she would pull her fingers away and inspect the scab. What had been yellow and pus-filled was now growing redder.

It hurt, but it was a relief, as if the itching desire had increased until she could think of nothing but removal. Tension escaped from her body with each movement of her fingers, as she found a particularly coarse, flaked section of dried blood to peel away from the healing flesh. And all the while, a headache - which had stared at the back of her head as a dull ache this morning - was slowly radiating forward, becoming harder and harder to ignore.

The headache was getting worse. It was now late in the afternoon and Lakia had been gone for a number of hours. Had she been on a ship, Delta would have headed on deck to get some fresh air, but there was nothing fresh about the wind this far inland. Maybe she needed to eat. Rolling slightly, Delta crawled the few feet over to her travelling companion’s bag, allowing the blanket to fall from her shoulders as she did so. Rummaging, she pulled out a single strip of dried meat and held it in her hand as she kneeled over the bag. With vacant eyes, she stared at it, her finger still tracing her slave brand absently. She wasn’t hungry, but she never was any more. Food was tasteless to her now, and hardly seemed worth the effort it took to eat it. Lake was the driving force in her diet, forcing her to eat at least a little when she did. Else sometimes it would be pure hunger pains that would drive her to consume something. Yet all the while she would search, hoping that something might satisfy her.

Sighing, Delta shifted, her knees falling to the side as she landed ungraciously beside the bag and rested her back against a tree trunk, still staring at the sliver of salted meat. She rubbed her dirty thumb along it, squeezing and softening it in the process, as she debated half-heartedly whether she could be bothered to eat it or not. A glance down at her other hand pulled her attention from the food: there was a speck of green in the middle of the section of dried blood that she had just pulled away from her neck. Lifting her finger closer to her face, she squinted to get a better look. It was part of a leaf. Her brow furrowed, fascinate by this slight deviation from what she had expected. After a few more moments of examining the leaf, she flicked it to the side and returned to running her fingers along the scab with a renewed vigour; a warm pit of excitement had just swelled in her stomach and she wondered what else she might find.

Finally, she ripped a section of the strip of meat off with her teeth and chewed and sucked on the bolus. The rest of the meat, she took her time over, but the headache was getting steadily worse and she was not sure how to alleviate the symptoms. She rubbed her temple with one hand as she slouched, sinking lower into the base of the tree. A small moan escaped her lips, as if the release of frustration might help. The horse tied to the tree behind her moved, snapping a twig in the process. Delta winced at the noise, which sounded far to harsh and far too loud in her ears. But, as she moved, her stomach lurched, causing her head to throb all the more.

Psinia. She finally realised what it was. The slavers had always been so careful to give her her daily dose, like clockwork in the mornings. More if she was on her best behaviour for the day. Since being bought by Lakia, Delta had not had as regular doses from her new mistress - which had caused more strife between them than there already was between a slave and master. Lake had done her best, sure, but they spent far too much time away from civilisation, which has caused Delta to go for longer than she was used to without receiving the fix that now kept her sane. It was her lifeblood and, until now, Delta had never gone for more than two days without it. The biqaj slave was now on four days. Instinctually, she knew this was withdrawal. These points can NOT be spent on magic

Comments:
Nothing at all wrong with the narrative and descriptive nature of the thread, but there isn't really much that happens

Thus, the "3".
With the mortalborn powers you have listed, and their current status, I hope there was not some knowledge I was supposed to give in connection to one of Delta's abilities.
Let me know if this is so. PM me with any comments or concerns