A settlement east of Rynmere across a stretch of water called 'the eastern trench' broken into three regions: Welles, Oakleigh, and Berwick.
Locked Request an XP Review Claim Wealth Thread
4 posts • Page 1 of 1 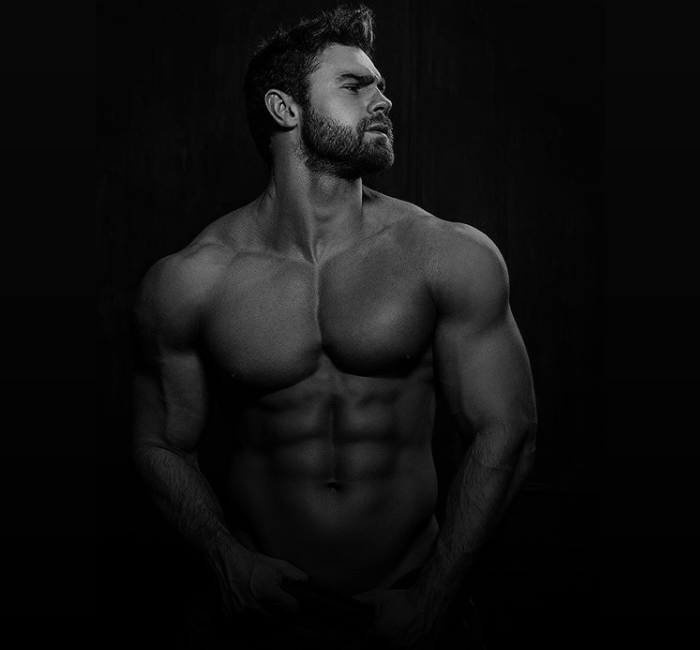 He moved like a cat, clawing, leaping forward and back at the most singular and minimal risks. When the snake tried to lunge with his fangs, the cat reeled, its paws crushing bits of dirt as it swung to the side, jabbing at the snake. On and on, this battle reigned; paw against fang, venom against claw. Alistair slid and skid and lunged, and Deovan turned the tides with a side-step and a swipe. Somewhere along the line, it was almost like he'd forgotten himself.

He was a Shadowdancer - he was supposed to be a cat, a snake and a shadow all at once, with Deovan the one striking and faltering. But he could scarcely get Deovan to take the initiative. With two reactive fighters, the one with superior skill and confidence would make the offensive moves, but by doing so they essentially evened the playing field.

For hours this morning, and the last, they had fought. Man against minion, Lord against Revenant. It kept on, because for the two with their nigh-endless endurance, the fight did not need to cease.

Deovan had regenerated a great deal; shoulders, forearms, biceps, thighs, calves, hamstrings. He'd lost them all repeatedly, and gained them back. Not once had he made any injury against Kian save for scrapes, scratches and bruises, but it was at this moment that the trend ended. Deovan faked out the mage and slid onto his knees, and finally, he stabbed shallowly into the Necromancer's lower chest, not far above his hip. The mage grit his teeth and evaded back, preventing the blade from going any deeper.

Then, immediately, he ripped Leechbane from his pouch and slathered the gel along the surface of the wound. He was a resilient, strong man, surpassing even Lotharro in endurance. Much of his skin and flesh was like a light armor, and so he sustained very minimal damage from attacks that were not fully committed. Deovan's blade could not easily pierce his thick flesh, and thus, the blade didn't go far.

His eyes shifted to an amber shade; the mark of Sesser went alive, and his injury began the process of recovery. Unlike with a Revenant it was not a rapid process, but within hours he would likely have recovered from it. In many ways, Kian was akin to the undead that he raised. He aged slowly, did not falter from hunger or loss of stamina, and he recovered at an unnatural rate. Many of these gifts were based on his own intensive training, but his vitality was supplemented by the mark of Syroa.

So one would assume that with near endless stamina, and with the speed at which his body recovered - thus even further extending his stamina - several hours of constant fighting would still not be enough to wear him down. Unfortunately, such assumptions would be wrong. Kian had been fighting all morning and all of the night prior, keeping himself in perfect form and matching or surpassing an undead terror with literally infinite endurance. Every blow he landed on Deovan simply regenerated, and he refused to seriously incapacitate him. He wasn't even very physically worn out, but mentally, he was exhausted. The stress of having to precisely match a Necromantic abomination like Deovan for hours on end was immense.

The unfortunate truth was, he'd made no progress, and so he performed his dance - back and forth - with the constant intent of successfully performing the Shadowsting, but failing each and every time.

While he was supposed to surpass the man's speed on a consistent basis, he had not been able to do so. Each change to his stance or the way he held his spear merely forced him to adapt to a new and uncomfortable form, which was not easy. He'd begun to give up on disarming someone like Deovan, determining that perhaps a more lethal foe needed to be killed outright. He'd had the opportunity to destroy Deovan a thousand times, but not one opportunity to easily disarm his blade. Was there any purpose of attempting the Shadow Sting on a foe like that? It was almost as if he were trying it for the sake of style alone.

And then he thought about it. Shadowdancing was an adaptive style. Some of the abilities wouldn't work on everyone, but that was fine, right? The form alone was enough to handle quick and agile opponents, he'd always thought, whereas the specialized swings and strikes tended to work more on traditional opponents. Specialized fighters like Deovan were not the focus of this style. It was men like... Veljorn, or Riordan Aelothar. It was Knights, Skyriders, Jegers, Mantis, Qe'Dreki, guards, soldiers. Agile fighters existed to counter non-agile ones.

And maybe that was just his limitation. Maybe he would only ever go toe-to-toe with people like Deovan, anyone who'd actually matched up to his agility.

Kian would invent a new form within the dance, called Silum. Silum would be built to counter other agile foes that fight reactively and evasively like the Shadowdancer. It would rely more on strength and aggression than typical Shadowdancing; the form would apply the fundamentals of the dance but flipped. Instead of dancing, voiding and slipping around an enemy's blows, Silum would rely on following an enemy's dancing, evasion and counters.

Kian would dance with them, matching form with a reverse form, striking them before they make their next step and tripping them preemptively. The style would rely on superior reflexes and perception, as well as the ability to predict a foe's movements by understanding their style of fighting. If a foe at any point adopted a form akin to Silum to counter Kian, he could merely fall back into regular Shadowdancing, or he could Shadowspin and kill them nearly instantly for remaining too close.

The idea, frankly, was quite satisfying to conceptualize. If he could perfect this style, a foe like Deovan would be taken down as a mere several step process rather than an elongated endeavor. By embedding new forms into Shadowdancing, he could limit the weaknesses of the style, eventually utilizing the principles to counter every type of opponent. Silum would be the true symbol of a polearm master - one that only he would know, and pass down to himself.

The trick was putting it to the test, and that began today. He primed Deovan for another round of combat, and immediately shifted his form to that of his conception. Kian moved forward and drew near to Deovan, mirroring his movements as they stood but feet from one another. He realized that this form could work for shorter ranged weapons as well, particularly swords, rapiers and sabers. In truth, Shadowdancing itself was not a form specific to spears, but it merely integrated the length of the spear into the style as an asset. With Silum, he would utilize the handle and length of the spear more, and utilize the blades of the spear for punishment strikes and decisive - possibly killing - blows.

This demonstrated repeatedly, as Deovan struck at him, and Kian butted into his weapon with his spear, spinning and twirling it to deflect and parry his attacks. He would then shove it forward and bring down the blade of the spear, forcing Deovan to make an exceptionally wide dodge due to the close proximity at which they fought. Silum made the spear more difficult to evade, another advantage over opponents who liked to utilize 'voiding', or consistently dodging and strafing away from attacks. With Silum, the full length of the spear was his extended reach, and it worked well.

He didn't need to disarm Deovan. Within less than a minute, he defeated him, bashing his spear onto the pad of his shoulder and crushing much of the bones running through his arm. He twisted his spear to hit his other shoulder with the back-end of the weapon, doing the same and preventing the Revenant from utilizing both of his arms. At any moment, he could've plunged his spear through his skull or his chest, but the mage remained disciplined within the battle. He had defeated Deovan decisively, and the succeeding fights would have the same result.

From this trial and the previous one, he'd learned a great deal, and he returned to the interior of the ranch with great pride. On a piece of parchment, within his leather bound journal, he scribbled words onto the surface.

"Today, I learned a few new things. Firstly, Shadowdancing is an even more robust style than I'd originally anticipated. I can apply multiple forms to it, and utilize almost any weapon. Even with my fists, I believe I can shadowdance. The fundamental principles are so firm and capable that they can apply to nearly anything, save for perhaps a two hundred pound hammer.

Secondly, I've learned one of those new forms: Silum, a completely random name that I just thought sounded cool. So there. It's the first of many additions to the style, in my... quest... to become the greatest spear user on Idalos. I think I'll need an elongated burgundy carpet each time I arrive upon a new town, considering I'm quite certain that I'm starting to make history with my usage of the spear. Will Raskalarn finally start to recognize me? Doubtful, but I'll keep on trying.

Also, Shadow Sting was a gnarly idea, but it's sort of bad against the quick ones. Even changing forms, stances, all that - it just doesn't work out as well. I'll have to start improvising better. 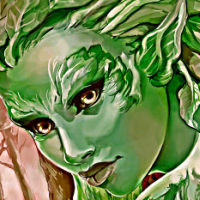 I'm not 100% aware of who everyone is but I will say, good show! Though... you did make a small mistake and say hours instead of Breaks like a goofball. Your writing is as I expected. It's Phenomenal! Keep up the good solo work. Honestly, wish I could write like this solo wise! That letter at the end made me laugh! Seriously dude, keep it up!

Exp- 10, not able to be used for magic
Renown- None
Injuries- Cut on torso, just above the hip from a knife, healed by Sesser in about 5 breaks.
Loot lost- One small dosage of Leechbane gel
Loot Gained- None

None Requested
Please add this stamp onto your request here to mark that the review has been done!