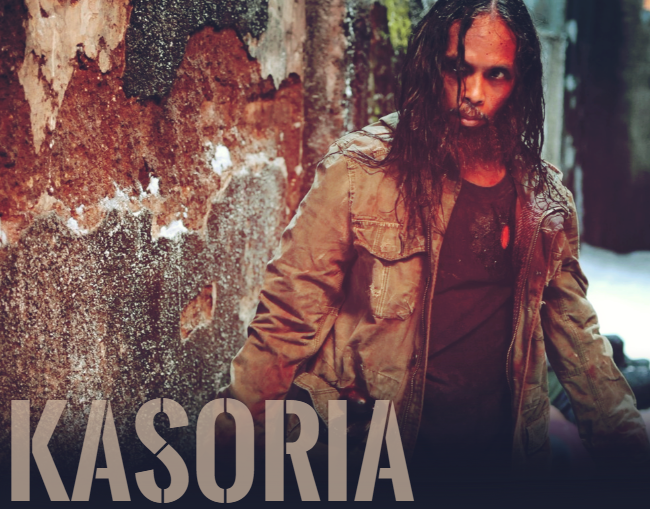 
They were on him before he had any chance to react. Lithe bodies tipped with razors, sliding out from cover and comfort to ambush him the moment he opened the door to his house. He'd barely put a foot inside before the first assault began, and the horde raised its voice as one to demand-

"Horde" was probably an inaccurate term, but what the cats lacked in numbers, they made up for in sheer persistence. A handful of furry, purring forms were circling his legs, doing their best to be the center of his attentions as he returned from his trip. Barely three breaks and they acted like they were starving to death. Fucking little creatures. All came to see him save one. Still on her sunny spot on the table, black and white and monocular and old, very old.

Kasoria smiled and walked over to her, setting his armful of good down in the chair as he did. The wood and rope clattered but she didn't stir, not like the others, rushing here and there at the loud, urgent noise. She was a city cat, one of many arcs, was Miss Bella. She looked up at him with one surviving eye, still regal in her countenance as all her kind were at their core. But when he reached out his hand, she didn't paw it away or lash out with fang and claw.

She sniffed, and pushed her face into it. The assassin smiled as he felt her purr reverberate through his hand, scratching behind her ears and uprooting a tiny colony of somethings crawly, it seemed.

"Have to give you a bath, later," he muttered softly, giving her a tickle under the chin before turning back to business. "But that's for later."

In the present, he had his own belly to fill, and work to be done. He went through the motions, surrounded by the mewling little scroungers, unpacking the smaller burlap sack loaded with food. Vegetables, ah, he would enjoy having them again. Cylus was over and the Dark Trials were gone, given way to sun and light and the chance for farms to get back to the business of churning out food. He was happy, even grateful to pay a few more coins than normal. He knew most people were, so relieved were they to be able to eat them again.

Won't last forever, he thought with a wry smirk, packing into the cupboard what he wouldn't be cooking that day, so they better not push it past the first, say, thirty trials of the season. People are relieved, not fucking stupid.

The cats kept up their chorus as the hairy little human started dicing and cutting and boiling a small cauldron on his stove, all save Miss Bella. Her ragged tail twitched from side to side as she watched him. In no hurry. Knowing how things would go. She liked this human. He carried himself like their kind, though of course not nearly as graceful. He spoke little, didn't make those loud, painfully obnoxious rumblings that his kind always did. And he fed them. Didn't treat them badly, save for the odd kick when they scratched him.

Kasoria brought the water to boil, beef stock already added. A chopping onion and some carrots went in next, then the peas. He waited until the frothy mixture was bubbling and spitting over the side before adding some slices of meat that would absorb the flavor beautifully. Or so he hoped. He'd learned to cook for himself, like any man living alone had to, but much of it was still... experimental.

He hung his nose over the pot and sniffed. Hmm. Salt and pepper, definitely. He added them as well, a dash of sugar, then shoved logs out of the way until the flames were simmering the whole lot, rather than fiercely boiling it. A break, maybe two, he'd wager. He'd have to keep an eye on it, though. Stir and check regularly. Taste now and then. It was only pottage. after all, but even that could be fucked up by the blithe and unwary.

So strive not to be either.

Which was not to say he'd be idle. Too much to be done, and it was with a certain, childish tremble in his hands that he moved over to the pile of scrap he'd collected after he got the food. A familiar bundle to his eyes. Planks and rude boards of wood, ropes and old clothes... the same materials he'd used to build the beat-to-shit dummy out back in his tiny yard. Now he was making a twin for it, a sibling in abuse, but with one difference.

Something heavy fell out of the bottom of the sack. Something bound in cheap leather and packed with parchment. Something worth as much as all the food and wood and rope and the whetstone that bounced out after it... and probably the clothes on his back, too. Kasoria ran his fingertips over the inlaid lettering on the cover of the book.

"Human Workings," he read aloud to his heedless audience, enjoying a small, private moment to show he had more learning than most gave him credit for. "A study in the anatomical workings of the race of man, by Doctor Algae-Non... Algernon Hirsch."

The cats were not impressed. Kasoria smiled and ignored their mewling. A saucer or two of milk would be coming their way, but for the moment, he grabbed a small, sharp knife, a hammer, some nails, and scattered his good about the floor. The pottage bubbled away, his eyes never far from it, his nose always alert for burned chunks seared to the bottom of the cauldron, in need of stirring. In the absence of that, though, he licked his lips, and started to put things together. Quite literally, in fact.

Receipt
-35gn for new book ("Human Workings" by Doctor Algernon Hirsch), enough food for a cauldron of pottage, building materials for a second practice dummy, and a whetstone
word count: 1049 A small, furry, imperious head poked out from under Kasoria's elbow to study the open pages of the book alongside him. The cat sniffed the parchment, since apparently taste and flavor was quite a factor when a feline made a literary decision... then turned away and voted for laying in a sunny spot on the wall instead. Kasoria snorted and studied the picture again. Organs and veins and thicker arteries, all on display on a body crudely drawn and yet intimately detailed.

Wonder who they cut up to get that picture. Probably some corpse from the corpse house. No-one to complain, no-one to know.

The assassin smiled to himself as he got back up, and compared the image from the book to the thing he'd created. Nameless and friendless and without stamp in the minds of his fellows that man may have been, but now he was immortal. In these pages his visage would last forever, or as long as parchment was maintained. This looked to be a book printed, too, so there were doubtless other copies out there. Kasoria had heard that a man did not die for as long as he was remembered; he amended that to include books, too, even if the person behind the drawing was still a mystery.

He wiped his hands and set them on his hips. The blanks and boards had been nailed together: a thick, rectangular one for the torso, to straight long ones on the bottom for legs, two slightly shorter ones sticking out the side for arms, and a blockish one on top for a head. All had been wrapped in rope and cloths, giving it bulk and padding. The whole construction was about six feet tall, and Kasoria manhandled it upright against the wall, next to his first attempt.

Two arcs ago, it had been. He thought he saw some improvement, but mainly because the new dummy hadn't been beaten, bludgeoned, stabbed, slashed, carved open, disemboweled, nigh-decapitated and, on one memorable occasion, set on fire. But he'd always repaired it, replacing cloth and ropes, to he would have something new to practice with. And now it had a companion, leaning next to it, someone to commiserate with when training was finished and Kasoria left them both pierced and brutalized.

His fingers stirred and brushed against the slim, hard, sharp things strapped to his thighs. Five on each one, hidden under his coat or cloak usually, now glinting in the sunlight. He backed away from the far wall where his dummies stood, not taking his eyes off the new one, staring to pull one of the new knives out and-

There was an urgent mewling from inside. He turned and saw Bella rise with great and patient majesty. In the same blink, he smelled something burning, and cursed his lack of attention. The pottage was starting to stick, and he had to bend his elbow and shove and push and spill broth over the edges of the cauldron to get what was stuck loose. After a few bits of straining and cursing he sighs and let the fire die in the stove, heaving the whole lot off and onto the table.

The feline company redoubled their efforts, but he was prepared. A couple of bowls with drippings and froth were laid down, placating them. The human, however, scooped a few bowlful into one for himself, finding a crust he could break into pieces to go with it. He didn't like missing a meal. It weakened the body, and in his profession, he could not afford weakness.

Not at your age, either.

"Ain't that old," he grumbled to himself, as he sat at the table and Bella sashayed up on the table next to him. "Are we, girl?"

Predictably, her concern was directed at food. Kasoria rolled his eyes and heaped a spoonful of pottage onto a plate next to her, some treats of boiled meat hiding inside the stew. She sniffed delicately then set her haunches down, tail wrapping around her back legs as she began her own meal. The little man grunted and did the same, looking outside from his dark, cool house, at the light, warm yard... with his dummies watching mutely from the back wall.

Get to you soon, lads.


Thanks for Jade for the template
word count: 749 Comments: Kasoria's threads really cannot be replicated lol. I don't think I've ever encountered anyone on ST with threads like yours - and I mean that in a good way! You have fascinating solos that both appeal to my modern reader's intrigue and my medieval fantasy kick. I dig it!
word count: 121
Top
Post Reply Request an XP Review Claim Wealth Thread
3 posts • Page 1 of 1