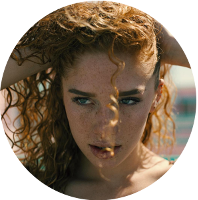 2 Ashan 718
"Leave th' bottle, ot djal?" Khama asked, rhetorically. She knew the rum wasn't expensive, but ten nels for the bottle wasn't a price she could give up. It was clear, not spiced, and she took a shot of it like she'd done it a thousand times before. Chances were, a few thousand. She turned and surveyed the clientele of the Boar, knowing full well they were Earth Quarter through and through. Quite the mix, merchants and farmers... All the rabble rousers were at the Dust Market, trading shots of goat's piss as "urban booze". It was a tragedy, all this fine liquor meant to be drank right here in the Earth, and the gutter-rats couldn't drag themselves from the Dust to impose. Beggars are as beggars beg, Khama found.

Granted, she hadn't begged for the coin for this bottle. Instead, she'd fenced a few minor valuables to a man named Lemmy the Finger, and the small bit of coin she'd saved up over the last few jobs was weighing heavily in her worn trousers. She could buy finer clothes, but they'd become threadbare eventually. She could buy finer food, but it'd be shit sooner, rather than later. Nah, it was the alcohol, the forgetting the shit situation she was in, even temporarily, that was worth the golden nels jingling against her thigh. She dropped the nel on the counter and slid from the stool, walking over to a table more secluded than the bartop, preferring to drink alone.

Of course, she wasn't alone. The gutterqueen had brought along Siara, whose dainty hands were in pockets and panties alike that trial. She'd just left, in fact, with a dark haired woman whose curiosity had overtaken her clouded mind. It left Khama to do as she wished for a break or two while Siara tumbled and trounced. Sitting with her back to the wall, the gutterqueen took another shot of rum and watched the room. A bar fight would be great... A mark ideal. Instead, though, there were a few middle-aged merchants fat from their trade plying each other over Chivalry and Chastity, and another whose forehead rested on his forearms in slovenly drunkenness. The Dust dweller was quickly growing bored with the scene, and people tended to get bruised and bloodied up when Khama got bored.

She considered what she'd do if she were in the Pit outside the Dust. She'd just walk over, grab one of the men who wouldn't shut his mouth about his "cock" and his "nude", and would smash her fist into his mouth. If she were in the Dust, she'd probably make a bet or two on herself before she did, and she'd hope to use the money to fuel more alcohol-fueled shenanigans. But she wasn't in the Dust. She was in the Earth, and if she didn't want to get ejected from the Boar, she needed to play nicely. And if she didn't play nicely and was thrown from the tavern, it might give away Siara's intention to use the bar as a sort of makeshift brothel. And the gutterqueen needed the money, that was for sure. See the alcohol-fueled shenanigans as for why.

So back went her third shot, and her stormy grey-green eyes found a beautiful woman, sitting alone. Her posture reminded Khama of the Ironridge nobility she'd seen in the streets of Ne'haer, but not quite so rigid. A mischievous smile creased the copper-haired girl's somewhat dirty face, and a milky hand wrapped around the neck of the bottle of rum as she stood and meandered over, light on her feet.

"Drinkin' all alone, bija?" Khama asked, setting the bottle down heavily as she slid, uninvited, into the seat across from her. "Wassa prett' lass like ye doin' drinkin' alone?" Her shot glass followed the bottle, and a two-fingered gesture informed the barkeep of her desire for a second one.

"Khama, like 'heart', but a little wrong," she explained, chuckling at her little joke. She found that Rharne, for as much merchant and transient population as it had, had very few active speakers of Biqat. The Rakahi pidgin was ingrained in her blood, and though she'd removed herself from the sea itself arcs ago, she was still far too prone to using it when speaking Common, mainly because her knowledge of Common wasn't complete and she was rather embarrassed by that.

When the second shot glass arrived, Khama slid it across the table to her. She poured the first shot, not pouring one for herself, and raised a red eyebrow, indicating the glass.

"I'm three up'n ye, lyat," she mused. If the woman took the shot, Khama knew the night would get just that much more interesting.
word count: 838
Rakahi Pidgin
Top 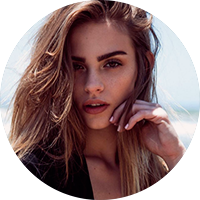 For trials, the Thunder Priestess had been itching for a chance to let loose. Her work had been uncharacteristically intense during Cylus, allowing her barely enough time to relax. It was no surprise that once she had the night-off, Lyn jumped at the chance to visit the Bronze Boar, making her stormbringer promise to accompany her for the evening. It had been a while since they both spent the night just to drink.

Unlike the priestess, Leth usually drank little by Rharnian standards – even if it still might be an impressive amount to outsiders – and gave himself the role of the responsible nagger. The man would be sure that she didn’t drink herself too death or get into too many fights. The killjoy. Admittedly, Lyn often ended up thanking him the next trial. Serving as a hammered priestess was not a pleasant experience.

Unfortunately, Lyn had found herself sitting all alone for the past forty-five bits. The knight was definitely late, though she wasn’t entirely surprised. It had been one trial since the election of a new Voice and it was an easy excuse for the Rharnians to celebrate. The parties were wilder than ever. And despite the fact that Leth served as her liaison, he was roped in to help with patrolling the streets.

Nonetheless, she wasn’t about to wait for him to start drinking. The young woman downed three glasses of beer not as if they were water. Lyn was more than ready to continue drinking alone, but then she noted the tall woman with wild hair traipsing towards her, a bottle of rum in hand. She slid onto the seat next to her.

“Lyn,” the priestess offered in reply. She didn’t make it a habit of mentioning her full name unless she was introducing herself as a priestess – especially to random strangers in a raucous bar such as the Boar. “Nice to meet you, heart.”

The young woman definitely did not mind the company. She had not missed the leering gazed of drunken men resting on her and the fact that she had a drinking buddy would keep them at a distance – for a while, at least. “I’m supposed to meet someone.” Her gaze wandered across the room once more, trying to spot the familiar figure of her knightly companion. “But it seems like he’s a no show.”

Khama slid over a shot glass to her, pouring rum into it without hesitation. “I'm three up'n ye, lyat.” Somehow, her words sounded like a challenge to her.

Without a word, the priestess grabbed the glass and downed the shot in an instant. The alcohol wasn’t exactly smooth as it traveled down her throat, but as Rharnians would, Lyn was accustomed all sort of brew. She met the Biqaj in the eyes and grinned wildly as she slammed the glass on the table. “Fourth.”

“And what about you?” the young woman asked, running a thumb across the lip of the glass. While she rarely used Rakahi, Lyn could not miss the unmistakable pidgins the fiery woman used. “You certainly doesn’t sound like you’re born a Rharnian. What’s a Biqaj woman still unaccustomed to the common tongue doing here alone?”
word count: 558