Rewards Requested
Thread Name: Cappola Is A Made Up Word
City/Area: Oakleigh
Notes/Warnings: Very many warnings. It has sexual 'references' (though it's not actually adult forum worthy -- we made a follow up thread for that) and seems to be leading in non-consensual action, although it's not quite gotten that far and it doesn't get that far in the follow-up thread either.

I would love the Sesser ability Demon's Kiss, as this is a very intense thread with a great deal of influence from Syroa going into Alistair's actions; he's basically acting out what she taught him, lol. Also the previous thread leads into this with more emphasis on Sesser and Syroa: http://standingtrials.com/viewtopic.php?f=232&t=11533

Deception: Feigning emotion to gain someone's trust
Deception: Cutting off a loose end by manipulating their motives
Deception: Making a gambit with a lie
Acting: Playing the part of a fantasy romance
Acting: Forgetting to dress the part can be devastating to playing a role
Seduction: Using someone's desires to manipulate them
Seduction: Being suggestive whilst nonchalant
Strength: A tool of seduction
Strength: Can be used as a conversational utility 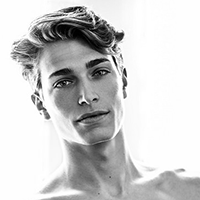 Rewards Requested
Thread Name: The Test Subject
City/Area: Scalvoris
Notes/Warnings: Devin is doing Odd Job #2 on this list.
Requested Rewards:
Knowledge:
Alchemy: Alchemy is a science, not magic
Deception: Shaving your hair in order to pretend that you are going bald
Deception: Feigning despair
Disguise: A hair growth serum is not a good substitute for a wig
Medicine: The correct dosage is important
Medicine: Being a test subject can be hazardous to your health

Loot: 10 gn for being a test subject
Injuries/Overstepping: Devin probably has a sore throat because he coughed up a hairball. On top of that part of his hair has turned blue because the serum he tested didn't work as intended. The change is not permanent though. His hair will return to normal soon if he stops using the serum.
Renown: Maybe a little for being brave and trying out a highly experimental serum?
Collaboration: no
Magic EXP: no 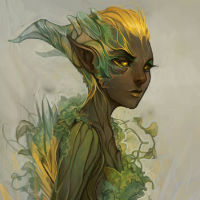 Rewards Requested
Thread Name: Yet May the Tide Ever Change
City/Area: Andaris, Rynmere
Notes/Warnings: Nothing of note, just a lot of thinking to herself.
Requested Rewards:
Skill Knowledges: Solo = 6 Knowledges
Rhetoric: Mental Self Motivation Speech
Meditation: Going through the motions
Navigation: Learning where things are from the air.
Psychology: Understanding your own mental weakness
Psychology: The difference between Pity and Understanding
Psychology: Your reason to live is out there, find it

Non-Skill Knowledges
Self: I want to die sometimes, so what. What then?
Self: Use my past as a launching point
Self: I can do anything if I put my mind to it.
Self: Other's believe in me
Self: Don't give up just because you don't know what the next step is.

Loot: None
Injuries/Overstepping: None
Renown: None
Collaboration: No
Magic EXP: No
word count: 141
Top 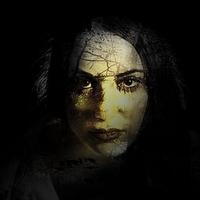 Rewards Requested
Thread Name: Look What the Cat Dragged In, Again
City/Area: Scalvoris Town, Scalvoris
Notes/Warnings: minor nudity and gore
Qit
Requested Rewards:
Knowledge: Detection: Rounded belly indicates pregnancy in a female
Discipline: Holding in your emotional tears
Discipline: Not running away when someone is healing you
Endurance: The burning pain of water on exposed wounds
Endurance: Walking upon soles that have been burned
Intimidation: Make unspoken threats while holding a man by the beard
Medicine: Putting pressure on a bleeding wound
Medicine: A patient laying down is easier for a doctor to work on
Meditation: Focus only on breathing to block out severe pain

Faith: A mother
Faith: My first friend in over a decade
Faith: Makes Padraig happy and vice versa
Padraig: Loves all of Faith
Faith: She is family
Loot: no
Injuries/Overstepping: injuries listed in previous thread
Renown: small for walking through town naked screaming for Faith
Collaboration: (Yes)
Magic EXP: (Yes) 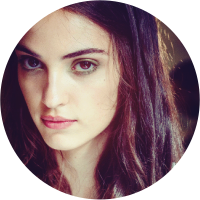 
Volker
Requested Rewards:
Knowledge: + 2 for 5 posts
Aberration: Just a little off the bottom
Aberration: Dont whip that thing out in public!
Butchery: Making jerky
Butchery: One human child, some disassembly required
Deception: Hiding incriminating evidence
Tactics: Staying out of the public eye during warmer weather
Tactics: Killing only the poor, as they will not be missed
Tactics: Noting the disadvantage of narrow quarters
Storytelling: Recounting your past to a stranger
Intimidation: Threatening home invaders

Non-Skill
Sephira: Element with some class
Scalvoris: Target of an investigation

Loot: None
Injuries/Overstepping:None
Renown: Perhaps medium for attacking a member of the public and removing his legs

Collaboration: Yes
Magic EXP: (Yes)
Sephira
Requested Rewards:
Knowledge: +2 for 5 posts
Attunement: Using Compass to locate a previously learned Frequency
Attunement: Noting the 'flavor' of different notes
Attunement: Relating Frequency to a target's past
Detection: Recognizing bones near the fire
Discipline: Keeping calm when in close proximity with an Aberrant and his Harvester
Discipline: Helping previously unruly citizens who are in need of medical attention
Investigation: Searching for incriminating physical evidence
Investigation: Listening to a confession
Rupturing: Using a portal to dump the contents of a pile into open view
Tactics: Taking note of confined quarters when preparing for a confrontation.

Loot:None
Injuries/Overstepping: Nope
Renown: None (she's at max)
Collaboration: yes
Magic EXP: no
word count: 108
"Every evil has its good, and every ill an antidote."
~~Dorothea Dix ~~

Rewards Requested
Thread Name: The Long Run
City/Area: Scalvoris
Notes/Warnings: Sexual Themes (humorous not explicit)
Requested Rewards:
Faith Patrick
Skill General Loot: None
Injuries/Overstepping: Pat's gonna be 'out of his element' for a good number of days. Leave it up to the reviewer to decide.
Renown: +5 for Faith for helping a troubled man? Idk if Pat qualifies for anything.
Collaboration: Yas
Magic EXP: Nah
word count: 180
"Freedom is everything."