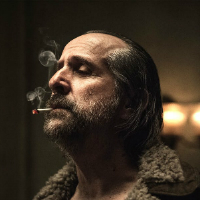 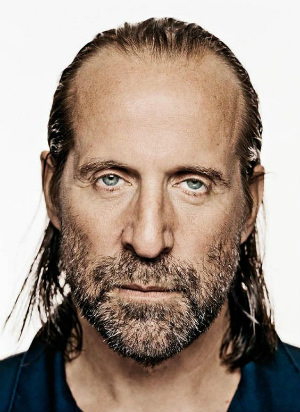 You are one ugly bastard, and you got what you deserve. Age has not treated you kindly and you refuse to acknowledge it. You're one wrinkled, pale mess, a pile of old shit stacked at 5'9 feet of height. Your hair has long ago began to fall, and those strands that remain you've allowed to grow long and fickle. Are you trying to impress? Do you think you'll step out of your impending grave? Maybe if you shaved that thick stubble or, say, combed your hair a little, you'd look as someone more presentable.

What am I saying... We both know you'll never look better than a candidate for the gallows. With your old and stained clothes, and the aggressive swagger to your motions, you'll never be anyone worth looking. People can smell you, not only your sweaty pits, but also the rat that you are. Why don't you raise your right hand and show them? You haven't got the guts, that's why. You hide that hand, likely not because you're ashamed, but because it is useless. Rascals like you often lose a hand, hands that only hold things you don't own. The Knights did a specially bad job with you. Instead of chopping your fingers, or your hand at a wrist, they chopped somewhere in the middle. Do you regret not paying them to sharpen the axe after all this time? Do your nerves still flame in the night, and hurt like a bitch in heat? How many chops do you remember before your crying sent you unconscious?

Then again, you were always stubborn. Even with only one hand, you were born with gifts we, the more respectable people, call curses. Your strength is one of them. Your body may look like that of an old man, without any detail, but the force behind your axe is undeniable. Then there are your eyes. What does a man have to do to get eyes like those? The fire in those eyes can burn a village to the ground.
Personality

There exist no fairy tales which could cast you as a character. You're bland in most places, irrelevant in others. I don't know how a mind could be so fucked, but yours is certainly not the mind of a man. What do you see when you look at a crowd? You don't see people, I know that. Are they animals to you? Pets? Inconveniences? It's hard to tell. You always have that bland, disgusted and skeptical facial expression that speaks as much as you do. But I know you. I know that, for the right reasons, you'd chop down every woman and child in that crowd without breaking a sweat. Every line drawn by civilization is just chalk in the concrete for you; something to be erased or crossed at your own convenience.

Do not mistake my dislike of you with hatred. I don't hate you. You might've robbed and mugged, beaten and be beaten, but you've never tasted blood. You ain't a killer, yet. I know that you often avoid looking up at the sky, especially at night, because you're terrified of the infinite. You don't understand what lies above the earth. And then you look down at the soil, at the horizon, and I know there's not a hint of fear towards anything. The weirdest creature could rise from the ground, and she too would fall victim to your insolent presence.

The more I think about you, the more I dislike you. Is there something that you truly like? I've never seen you laugh, truly laugh. Your smiles are as seldom as your words. You're one horrible mess, Maios. You're too sour.
History

Mommy and daddy ran out of you when you were a kid, Maios. Were they brighter, they would've snuffed you out when they could, but a junkie and a whore aren't exactly patrons of responsibility. Someone dumb enough decided to bring the newborn into an orphanage, thinking it a cruelty to leave a creature out in the cold. Rharne isn't known for the intellect of their denizens, is it? You grew up in that orphanage, and soon enough you were built like an ox. There he was, barely seven arcs of age, and as strong as a teenager, if not more. It was no wonder you got adopted by some farmer. Getting you was cheaper than getting a donkey, and you sure as hell pulled your own weight. Then again, you were always a donkey in your own, special way, Maios. Maybe that's why he put you to live in the barn.

Even that didn't last for you. You started growing your attitude, and even the farmer's brutal beatings couldn't get you to obey. So what happened? You burned his house down, along with the barn. Is that how you treat your foster father, Maios? Is that all the respect you could pay him? Rharne always had a space for criminals, and you joined the slums as another parasite. You starved like a stray dog, for a while. Then you began stealing. You grew, you got wiser, and joined a gang. You stole more. You began visiting the brothels. You liked it, for a while. Then even that couldn't keep you in check. You got greedy one day, stole something too big for your own pockets, and you got caught. The jackpot of a lifetime, you called it. Your good hand went, but you didn't talk. You spent twelve years in prison, but you didn't talk. Were it me, I would've left you to rot.

Life in prison was easy for animals like you. After all, you were born to be in a cage. Problem was, you were not alone. Even there you got mixed with bad blood. Everything that got you behind bars you reenacted within them. Hells, as far as I know, you caused more pain in there than out in the world. You beat them, you humiliated them, and you beat them some more. Men or women, it mattered not. That's where I first saw you, you know. I knew, from that very instant, that no amount of beatings would ever fix what was wrong with you. And you proved it to me.

Then you got out, an old man. You couldn't make sense of the world. Your former gang gave you some coin and sent you on your way, no longer wanted to be around you. You could've done many things with the coin. Visit more brothels. Drink more ale. Maybe mix them up. But you went your own way and started a business, eager to be a new man. Was it because of what you did to me? Maybe it went well the first day, but every day after, it was a failure. You poured all your gold into a leaking barrel, and soon enough, you had nothing again. Someone bought you out, and you became an employee. You drank. You fucked. You were as lost as a tumbleweed in the Lightning Cathedral.

One day, one of your many whores came to you, bearing a child. Said it was yours, despite it having more owners than Rharne had citizens. You, as dumb as you are, believed her. You married. You build a home for you, your whore, and her spawns. Maybe they were yours, and maybe you're the son of someone important, but we both know fantasy does not exist in this world. You were now a family man. You worked every job you could find, but nobody wanted to employ a cripple. When things got bad, you pleaded. When things got even worse, your whore had to spread her legs for some coin. Look at you, the man of the house, the one with the pants on, unable to provide for his family. She brought in more money than you ever did. It killed you inside, I know. it killed you inside that everyone else enjoyed your wife and laughed at your back, and you, my dumb Maios, couldn't even stand to look at her in the face, let alone touch her.

When she was all used up, and nobody wanted to pay for her, your daughters were old enough to become apprentices. On that day, you looked down at your hand and a half, and you saw just how old you had become. Your youth, gone. Your dreams, dead. Your life, wasted. I know what happened that night. Don't ask me how, but I know. You got drunk and beat all three of them, as if they were at fault, responsible for your own failure as a man. I know your eldest lost a couple of teeth. I know your youngest never spoke again. I know your whore was more bruise than woman.

You changed that night. You couldn't stand to look at yourself in the mirror after what you had done. You worked harder, trying to become a better man. You may have fooled then, but you won't fool me. You became a happy household. You played with your daughters, you made love to your whore. Hells, you even got a cur to cement your fantasy. Then your youngest fell ill, and your little fantasy died with her. Then came the oldest. Now, your whore.

What now, then? What comes next, I ask? Well... We all know you're coming for me. You want to walk the world to find me so that I can bring back your family. You truly are a fool, Maios! I laugh at you, and I pity you, but I know you'll come for me. But you know what? I feel even more pity for those in your way, for, at last, you've been let out of the chain.
Housing

Perhaps if you still had two hands you could've built something better. How long did you say it took you to build this little shack? Pathetic. MIstral Village would be much better without this ugly abomination in it's premises. They offered to help, you know. They knew just how useless you were, and yet you insisted on doing it yourself. Even if it isn't pretty, it is inhabitable.

Just as outside, the inside of your home is not impressive. There's some furniture, some spices, a kettle... Your usual home. But when you step inside, you see none of that. I know what you look at. You see empty beds. Maios, Maios, Maios...
Knowledge & Skills
[anchor=marks][/anchor]

Record all of your Skill Point Expenditure here.

Marks Section
[/tabmenu]
Items
(Note: Ptolemaios has lost all items except his prized possession, consequence of a loss in a game of cards.)

Prized Possession: A doll belonging to his youngest daughter. Maios carries it on his belt. 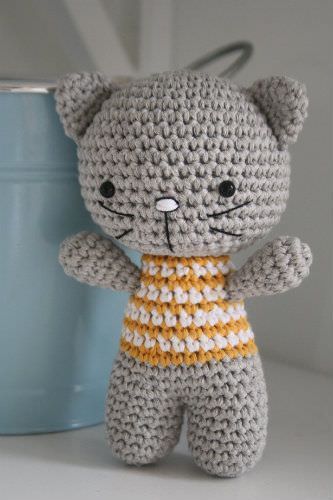 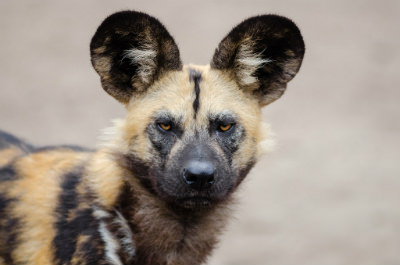 Maios, you've got the worst taste. Could you have picked an uglier dog? And you paid for him? Your dog, 'Cholo', is not much of a dog, at least not anymore. It's an old dog for an old owner. You weren't good at training him, but you were good at beating him, so he is obedient. Another one of your victims, is he?