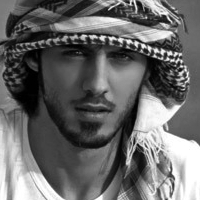 Marks: None as of yet.

Partners: Kydrel
Appearance
At 5'10", Ahzen stands at the higher end of average when compared to other males of his age. However, this height is hidden by a slight slouch that the man has adopted. Thieving taught the man to lower himself slightly, though when he is engaged in a conversation he straightens, an unconscious way of raising himself above those he converses with. A smile comes easily to the man's features, though it is readily replaced by a cocky smirk. The usual expression of Ahzen is a guise that hides his true intentions, bright brown eyes constantly in motion seeking out the next phase of his plans. When Ahzen is caught in a normal, social situation, he seems to relax hesitantly, his guard lowered only after time. Constantly, the young man is ready to leap into action, his blades at the ready, his body loose when the need to move comes into play. Normally dressed in black, form-fitting clothing, he can be found on days off wearing brighter colours.
Personality
Character Merits

Logical: In Ahzen's walk in life, it is necessary for one to carry logic in order to minimize their risk of being discovered. When confronted with a problem, Ahzen seeks to think out his solution rather than acting impulsively, preferring to bide his time and steer a situation towards the highest probability of his success.

Independent: Though there is never harm in being a team player, Ahzen does not seek to work too closely with others. Rather, he would instead seek to delegate tasks and responsibilities, taking into consideration the skills that any partners bring to the table and utilizing them to their best.

Leadership: Not one to follow orders, Ahzen instead seeks to obtain a leadership role in any situation that he deems himself fit to be in charge of. As readily as working with trusted allies, however, he would seek to work alone, preferring to keep away from large groups.

Willful: Even in the face of adversity, Ahzen finds himself keeping calm, preferring to not let despair grip him until he is certain of his utter defeat.

Selfish: While working in teams is at times a necessity, Ahzen seeks to earn the greatest possible reward, taking on endeavors on his own when it may be best to ask for assistance.

Egotistical: Overestimating his own capabilities, Ahzen feels himself to be superior to others in nearly every unproven field. Believing himself to be smarter or better, he does not take well to being humbled, scoffing in the face of humiliation, retreating from such situations when possible.

Unapologetic: When caught in the act of an unsavory situation, Ahzen never lowers his head. Rather, he will seek retreat or to blame others for his own shortcomings, an almost narcissistic denial of guilt nearly guaranteed when all goes wrong.
History
To be decided.
Housing
Staying at the 'Inn for Dinner' in Etzos, paying 80gn per season in rent.
Knowledge & Skills