A fantasy RPG forum with Immortals, Magics and where players RP in a dynamic, changing world called Idalos. 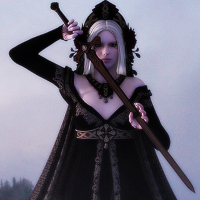 The War of Slags Deep & events of the Forging saw several new people step up to aid Scalvoris. Names the history books will record as heroes.

Following those events, the Council was seen in a more positive way for a time. It had successfully steered Scalvoris clear of destruction, after all. But several crucial issues became apparent at the last Council meeting, serving to create cracks in the general public's support for the governing body. Two highly respected Forged were voted down for Council seats, and the Albarech herself put forth a motion for an autocratic government. Those actions have not sat well with the citizens of Scalvoris....

First post only, council members can speak. Observers should NOT speak unless invited to but may demonstrate that they wish to speak (ie, raising a hand, etc.)

Below is a list of Council Members. Each council member starts with a Neutral reputation and 1 rumour. In-character actions will impact that reputation and create / change rumours.

Each of the tabs below is an existing role on the Scalvoris Council which is NOT filled by a PC.

~ If there is no NPC there, the role is currently empty. Other Information: Rand is a hard, fair man. He doesn't speak much as he believes that you learn a lot more by listening than you ever will by talking. He is the head of the Scalvoris Military (the Elements) and he is very proud of that job. A hard working man, he tends towards solitude and does not make friends easily. He has a temper, as his troops will attest and he will not back down when he believes he is right. [/mod]

Name: Shania
Race: Unknown
Age: Unknown
Title: Gunvorton Overseer / Accountant of the Scalvoris Council.
Skills: Unknown
Other Information: If there is one thing which everyone agrees on, it is that Shania is a nice lady. Friendly, helpful and always willing to help out, she is the backbone of the growing region on Gunvorton. She knows everyone, it seems, and she's always there should anyone need a little bit of information. She runs the local inn and it is her job, as she tells everyone, to make sure that all who come to her establishment leave just a little bit happier. Other Information: Francis is a shrewd businesswoman who is here representing the Merchants' Guild. Really that is exactly and only who she is representing. She has worked as a businesswoman throughout the north and east of Idalos and her bottom line is the profit. She is nice, friendly and polite to everyone. She would also sell her grandmother for the right price. Other Information: Jo'ne is the Mayor of Almund. Her father was a pirate and his father before him. Her mother was a whore and her grandmother a drug dealer and the bane of the seas. Jo'ne is a foul mouthed, tobacco chewing woman who will take no nonsense from anyone. [/mod]

Name: Liza
Race: Human / Sev'ryn
Age: Born 694
Title: The Merchant Queen
Skills: Negotiation: 65, Appraisal: 65, Business Management, 60, Seduction: 50, Glassblowing: 50
Other Information: Liza is a friendly woman who has taken the rag tag nature of Egilrun and turned it into a place for trade. She is keen business woman who is more than able to strike a hard bargain. She is hoping to strengthen trade negotiations with Viden and to be able to supply them useful and unusual goods. She is loyal and tenacious and will always work for the betterment of Egilrun specifically and Scalvoris generally. Mod Note : Liza disappeared in Arc721. She may not be used as an NPC by players after 38th Ymiden 721. Name: Linca
Race: Biqaj
Age: Born 678
Title: Chief of the village of Havardr
Skills: Other things too. Need to know....
Other Information: Linca is the chief of Havardr, the hardest worker on the island, some say, and a straight talking fellow. He will trade, but he won't be fiddled and is a hard negotiator. Other Information: Leigh is the Mayor of Scalvoris Proper. She lives there and has her offices there. She is a friendly and very well organised woman who is keen to listen to all of the opinions on offer. She has trouble sometimes as she can have a bit of a tendency to avoid conflict, but that just means that she sits back and doesn't take sides. It certainly doesn't mean that she's lacking opinions.

~~This Season~~
The following represent the five most pressing situations on Scalvoris, as seen by the populace - they are presented as quotes, but in truth are things you might here throughout Scalv. Acting (or not) on these will impact the Council reputation - and that of the individuals within it - next cycle. The focus for the Council this season is
Previous Council Meetings
word count: 1839
Top

Odd Jobs, Bountie, Expeditions & Rumours Office
Welcome to the Scalvoris Employment Offices. Here we can provide you with information on all those jobs outside your usual one Odd Jobs, Bounties and Expeditions are kept here, in this one thread for your convenience. Rumours are also found here, for those who are interested in such scandal!

This post contains:
Please look at the specific posts below and use the code given to claim any one. When you have replied to this post, a Scalvoris Mod will update this post and yours to identify that you have been approved.

Have an Odd Job, Bounty etc you'd like to add? We'd LOVE for you to do that! Please do so here. Thanks!


Please note the following which is applicable to all:

Culture
Marriage & Divorce
The Videnese are a very rational, straight-forward kind of people - especially in the matter of rituals and traditions. Love is framed as an expanding of knowledge, and weddings celebrated as exploring the experience of life and love. Overall, weddings are highly streamlined, adhering to a few basic traditions and short ceremonies. The celebration following the ceremony is more individualized. 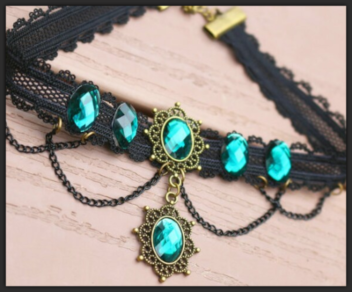 Proposals: Men or women can propose, and no is always an option. Proposals are an individual, personal thing, with the proposer asking with as much, or as little, ceremony as they choose.

A betrothal necklace, to adhere to tradition, must include no less than three elements of symbolism which must be explained to the receiver. This honors the idea that the necklace is given with great thought and consideration with the receiver in mind. This tradition goes both ways, with the initial proposal and acceptance.

Proposals most often happen during the first trials of a cycle due to the fact that it is tradition to hold the wedding before the end of the same cycle. Long engagements are not common and frowned upon.

Weddings: Fortress weddings are very standard with little room for individualization. Due to this, it would seem to an outsider that Videnese don't appreciate love or the concept of marriage but the exact opposite is the truth. Rumor is that the reason for the streamlined wedding, which was mentioned in archival records earlier than proposal or celebration traditions, is so the betrothed couple can enter their marriage as quickly as possible and move on to the celebration.

There are some things that are expected in a wedding ceremony, and the Videnese adhere to them religiously.

Traditional gifts include: It is considered unlucky / inappropriate to give:

As a rule of thumb, Videnese don't really care who is marrying who so long as everyone involved is doing so freely. They are very against forcing someone to marry, although they'd suggest that the thing to do then would be to enslave them if you could, marriage should be a voluntary choice.
Therefore, same sex couples or polygamous marriages are considered exactly the same as any other wedding.


Betrothal Agreements: The Videnese are practical people who value being as prepared as possible. Betrothal agreements are more often the rule than the exception, outlining the property/monetary split if the couple chooses to divorce. These drawing up of these documents are is viewed in a negative light. Betrothal agreements can be changed and/or voided at any point during the engagement or marriage with the consent of both parties.

Divorce: In the event of divorce, which is perfectly acceptable, the path to divorce depends on if the couple agrees to divorce or it's initiated by one side. If both parties agree to the divorce and terms of property/monetary settlement (betrothal agreement or not), a document is drafted with those conditions outlined and it's signed. There is a mandatory fifteen trial waiting period before the divorce becomes final. If, in that period of time, both parties agree to terminate the divorce, it becomes null and void.

If the divorce is sought by only one of the pair or they can not agree on how to split their property, they must go before the judge. The judge then will hear testimony as to what each party wants and make a decision based on such. If a betrothal agreement was drawn up at any time during the marriage and not voided by the couple, it is seen as absolute. If one does not exist, in almost all cases, assets will be split down the middle unless extraordinary circumstances exist. It is rare that a case goes before the judge.
word count: 734
Top
Post Reply Request an XP Review Claim Wealth Thread
13 posts