Known as the City in the Trees, Desnind is a town bustling in its own way. The locals follow odd customs, and the visitors are never quite sure if they're visiting the same city as they were last time. It's home to the Immortal of Life, Moseke, as well as most of the Sev'ryn. 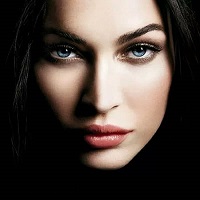 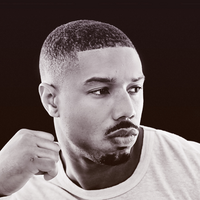 In Olu's background, he came in contact with a mirror, deep within an ancient ruin in the jungles of Desnind. Because of it, he was afflicted with a 3 arc coma. The mirror also afflicted him in another way, in which he has involuntary moments of violence, describing such actions as the "Feeling" as when whatever it is takes over, his body reverberates and he can hear a buzzing sound. As such, I wish to utilize this for either his good, or detriment, in possible plot arcs or what have you.

I Pmed you with a possible thread idea, Olu.
word count: 9
Top

Something Infected This Way Comes

This plot arc is open to all who wish to help or derail the investigation and protection of medical supplies in Desnind. This may span from Vhalar 2nd to the 9th

- On Vhalar 2nd many of the medical locations around the city have been burglarized, precious supplies either stolen or destroyed. The City is in a slight panic from the events. The city officials are calling for any able to guard the remaining supplies or guard those that are going out into the forests to resupply.

- Vhalar 3rd, things have begun to escalate, as a doctor is found dead in the city streets, signs of experimentation evident on the corpse.

- Vhalar 4th, two more citizens proficient in medicine are found dead in their homes, signs of a horrific disease being the cause of Death.

- Vhalar 5th, the city is filled with panic as a crazed man has taken the entirety of Oloravu Slosneppe hostage and those within. He is ranting and raving, threating to kill himself, which would release a violent and terrible plague on the city. The validity of these claims are yet to be confirmed, but city officials are requesting aid in soothing the situation.

- Vhalar 6th, something in the forest of Desnind has been causing the animals to flee. Upon investigation, many fauna have been found dead, evidence of disease. Rumors are surfacing of creatures afflicting with a horrible disease roaming the area, but so far it is merely hearsay.

- Vhalar 7th, a plague hits a section of the city, and a race against time begins as the healers who are still around, struggle to engineer a cure before the disease spreads through the city. As they work, attacks from masked assailants begin, and a call for help goes out to all the warriors of Desnind to defend the medics as they work.

- Vhalar 8th, with the plague, staved off from affecting the rest of the city, Desnind can breathe for a few moments, but as the sun rises scouts spot the strange plague-infected creatures from trials ago gathering outside the city. They must be stopped!

- Vhalar 9th, signs of several plague-beast Ogun has been seen in the far horizon making its way to Desnind. They are accompanied by the horde of plague creatures that formed outside the city, as well by figures said to be members of the Cavaz group.

Just to let you know that both of our main Factions are now up on the wiki. There's a ton of information there, thanks to Nymph and so I'd urge you to have a good look through. This has also added a number of NPCs to our list, as both factions have branches and, each branch has NPCs.
word count: 62

Just an FYI - I've been in the wiki this morning, and have updated The Lore Overview which is all indexed.
word count: 23 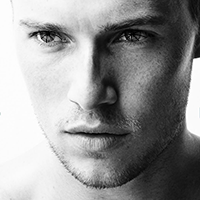 Hello Desnind! I just wanted to pop in here to let everyone know that I'm looking to do memory threads here in Desnind from when Sor'an was growing up. If you have a character that was in Desnind before Arc 716 and would be interested in doing a thread, pm me.
word count: 53
Top

In a few days, the new season will be upon us. Therefore - a few notes and reminders from me!

1. Here's the new Calendar - up on the wiki for your perusal!
2. You might note that there's a seasonal thread planned. Pervading Darkness. Sign up is here

We have a new Desnind Mod! Splinter is joining the staff team and we've VERY excited to see him here! Please join me in welcoming him to our city in the trees.