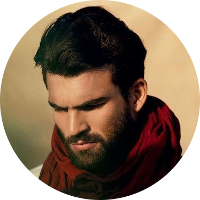 Doran didn’t approach Symbri immediately after she had fallen, but waited for a few moments to see if she would rise again before he quickly searched the body of the Naerikk in front of her, gesturing for Yana to join him as he did so. He took the vials and the dosing devices – he doubted that his companion had any use for something that would require at least some knowledge of chemistry – and was just about to take one of the weapons as well when something much more interesting caught his eye.

He abruptly discarded the weapon again, removed the notebook from one of Gremielle’s pockets and furrowed his brow as he quickly leafed through it. It listed the names of men and women in a number of different towns, without a doubt the Naerikk’s allies or at least people that might be able to help her in a case of emergency. One name especially caught his attention. “There is somebody in Port that might help us leave Oscillus”, he informed Yana, pointed at the relevant page and closed the notebook again. “Of course he likely expects to meet her”, He gestured towards Gremielle. “And not a human and an Eidisi – or at least somebody that resembles her to some extent.”

He wanted to say more, perhaps talk about what their next steps should be and suggest a solution to the problem that they were currently facing, but in the distance he could hear the voices of soldiers now. They sounded almost as if they were celebrating. He turned his head in their direction and furrowed his brow. Did that mean that the battle was over? Had Syroa lost, in spite of what he had done for her? He decided that it would be too dangerous to stay, even though he wanted to find out if he had made a difference.

“We need to go!” he told Yana, hurriedly pocketed the notebook, the vials and the dosing devices and drew his sword again. “Take whatever you want and then come with me!” With that he quickly moved away from the fallen Brux and the Naerikk. He wanted to be out of sight when the soldiers arrived.
word count: 376

Ever Alluring I: The bearer has an enhanced constitution, staying strong and healthy in conditions where others would wilt and fall ill. Scars never remain, disease rarely seems to visibly touch the bearer, and he/she recovers from injuries much faster than the average member of their race. The bearer seems to age more slowly, though the effect is superficial rather than biological. In addition, everyone encountered is subconsciously attracted to the bearer, even those of incompatible sexual orientation. Those of alternate tastes may not feel compelled to flirt or pursue the marked, but the spark of incomprehensible arousal, however slight, is there all the same.
Top 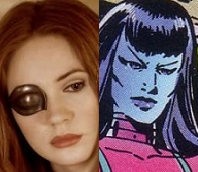 As the beast collapsed, Yana stood still for a moment, listening and observing. Her hands had placed a new arrow on her bowstring, but the bow hadn’t been drawn yet. Her arms felt tired, they trembled and shook, and she needed a moment to rest. Doran did not approach the beast immediately either, choosing to wait to make sure it wasn’t a trap. A good idea, to be honest. The Yludih gritted her teeth, taking aim and firing a last arrow at no particular spot on the Brux’ body. It it was lying in wait it surely would give a reaction to the arrow, whether it struck its hide or planted itself in the snow right next to it.

There was no reaction, and Yana relaxed, slinging her weapon back over her shoulder, allowing herself to stretch her arms for a few moment before approaching the downed beast. Her companion was scavenging the Naerikk while the Yludih decided to pull her arrows out of the Brux’ flesh, then evaluating the projectiles to determine whether they were still usable or not. Those that had been broken or damaged in some way were easily discarded, while the others were placed back into her quiver after having been cleaned.

After that, Yana joined Doran, who was done searching, having laid out the Naerikk’s belongings in the snow. There were quite a few things; weapons, vials, gadgets, a notebook… The man decided on taking the book, the vials and some dosing devices, leaving Yana with more than plenty to choose from. She let her gaze wander over all the different objects while Doran browsed through the notebook, picking up some strange looking gadgets. Yana found the hilt of the blade the Naerikk had used to combat the Brux, though its blade was nowhere to be seen. Frowning slightly, the false Eídisi pocketed the items.

The notebook apparently contained valuable information, revealing that Gremielle had a contact waiting in Oscillus. The problem, however, was that he was expecting the dead Naerikk, and not anyone else. That was a bit of a hurdle… maybe not if Yana had been alone, she was fairly sure she could alter her appearance to resemble the dead woman, if she practiced a little. With Doran as her companion though… There wasn’t a lot of time to think about it, voices of soldiers could be heard, cheering and yelling in celebration. They were getting louder every trill, probably approaching. Doran was right, they had to go.

Yana smacked her lips in displeasure, rather annoyed with the situation as a whole. There was a brief moment of hesitation before she lifted the corpse out of the snow, and onto her back, groaning slightly as the dead weight weighed her down. She moved as fast as she could to catch back up with her companion, though at the speed he was moving she probably wouldn’t anytime soon. Not that it mattered, as soon as they had come far enough, they could take a break, discuss their plan of action and if necessary, she could make an attempt to change her body’s shape, her facial structure, skin tone, and even voice to match that of the fallen Naerikk as closely as she could.

For now though, all she could do was manage a hobbling run and hope to catch up with Doran. Perhaps it would have been a better idea to change into Rayna and pretend to be one of the Immortals’ champions, but frankly she had had enough of those “benevolent” deities, their holier-than-thou attitude, and their retarded pawns. Plus there existed the chance she would be found out. She did not know what the Immortals did and did not know. What they saw when they looked at her. Doran was a safer option. If necessary she could silence him too. Eternally, if need be. Though she doubted it would come to that. A man who had attempted to slay an Immortal could keep a secret, no doubt. Besides, Yana had stuck with him through thick and thin, displaying herself to be a true ally. He wouldn’t betray her. Not after all this.

Despite her exhaustion, the Yludih grinned, eyes cold. For the first time in trials, things seemed to be turning out alright. Loot:
Gremielle's Notebook of Contacts
Every town is likely to have one shady NPC that will give you assistance.
4-Vial array (attaches to belt, or strap or sash or whatever you choose).
Each vial holds 2 doses.
Attached "Dosing Device" that can slide to any vial and pump 1 dose.
The dosage can be adjusted for compounds of varying potency.
Currently loaded with:
Red Tide: Anti-coagulant/blood thinner - excessive blood loss and weakness.
Kidnapper's Joy: Paralytic - made from the venom of the "Kidnapper" spider.
Scarf Rot: Sleep Agent - made from a particular fungus that has many other uses.
Buzz: Nerve Sensitizer: - made from a species of bee. Used in interrogations.

Loss:
Your reputation as a decent human being.

Fame: -10
I know you're going to get a ton of neg. fame for the Tomb thread.
That is where you actually committed the stabbing.
But I'm giving you another ten for the news that would come back that you apparently are allied with the Naerikk.

Loot:
The "Gremlin" sword.
Longsword-length blade can extend from either end of the hilt at will, regardless of the proximity of a body.
(you must be careful of this yourself...lol)
You can opt for shortsword-length blades to extend from both ends of the hilt.
It has no supernatural penetration property, armor will resist the tip normally.
The hilt looks like a simple decorative rod when no blade is showing.
"Burglar's Bracelets"
Set of 6 innocent-looking bracelets with hidden capabilities.
Do you DARE try them out without PMing me first?

Hotlands Glass Scope.
May not be much use to you, but now you know that such things truly exist.
Moonstone Medallion
Again, you don't know until you try it, or ask some expert.

Loss:
Well...you never were a decent human being.

Loot:
Special connection to the stars
+10 to Navigation
You gain an innate understanding of astronomy.
Beacon of Hope
10 points to divide between Persuasion and Leadership.
Cloud View
You see the outlines of objects within fog or smoke.
Recuperative Dusk
You gain a surprising boost to healing at dusk.

Injuries:
arrow wound and deep sword wound.
But you will recover surprisingly quickly.

Fame: +20
Seen to be Chosen agent of Xiur,
even if only temporary.

Comments:
Well this was great fun!

well written. BUT, it had the drawback for you, Symbri, of so much instinctive drive, that it was difficult to find ways to call them"knowledge". You ended up getting a few less, but your other rewards hopefully make up for it.
We'll get a meeting set up for you to get the Blessing once it's released.
Yana, We can work out some way of RPing your discovery of what your little doodads do.
Doran: I am honestly unsure, by prior knowledges and some of your posts, whether you know that Yana is a Yludih or not. If not, do not take the "Yanahalqah: Yludih" knowledge.
PM me any other concerns or details