The home to the Induk Sweetwine and populated by fairies, this enchanted forest has many secrets 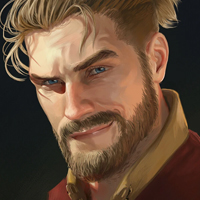 Jax had never been one to let a good embellishment go, um, not embellished. So when Timmond, he recently met and made writing friend, had asked for local stories of Scalvoris, there really wasn't much Jax could do other than to oblige. And oblige he would, especially now, because this trial he was taking the not-so-confident Timmond to a place every visitor to Scalvoris should see at least once... Sweetwine Woods. But not just anywhere in the forest... the Ghost Chasm.

Having never actually been there himself, Jaxson had heard stories about the chasm since he was a young boy. His parents always waived off the idea of ghosts there, saying that the chasm was nothing more than a place haunted by its own tales, a tourist trap for would-be adventurers and the like. Jax had never given it much of a thought, but the more and more he heard about Ghost Chasm, the more he wanted to go.

"Timmond," he called out. "When you're done relieving yourself, we should pick up the pace a bit. I think we're getting close."

His companion had picked not the first row of trees off the path, nor the second. Jax could only assume the need for privacy had driven the timid man some three rows of trees back before he had finally found his place to lean.

Taking a moment to check his gear, Jaxson was glad he had chosen to bring his hairbrush. One trial already in the woods was enough to leave his hair greasy, but thanks to the brush he could keep it manageable. He remove the brush from his pack and gave his hair a good brush, making sure to bring it over his ears and straight back before letting it fall again just above the ears and at the nape of his neck. Then he pocketed the brush and called for Timmond once more.
word count: 328
Top

Indeed Timmond the Timid had ventured further into the woods than the average traveler. He was about to relieve himself when Jaxson called out to him about picking up the pace. "Uh, yes, okay!" He called back to confirm he had heard. He started to relax again to let the flow, well, flow, when his glorious travel guide called out a second time. "Yes, i-it would go fa-faster if y-you'd give me a moment of pr-pr-privacy without ta-talking to me," he called back. Even here, completely out of line of sight of Jaxson or the rest of the road, just being spoken to was enough to cause Timmond to clench up. At last the warm flow left his body and Timmond closed up shop, as it were, and returned to the road. His face red with embarrassment, he could hardly look at Jaxson on the best of terms, but now after having to use a tree as a Privy?

"Th-This way was it?" Timmond said as he pointed down the pathway they were traveling. He could barely stand it, between his anxiety and his jealousy of the man, Timmond still wasn't entirely sure why he had agreed to come with him to see this place. Sure, he was greatful for the guide. He was greatful for the tip! But was he ever uncomfortable.

As for Jaxson, the man was perfectly groomed despite the days travel into the woods. He never seemed to be bothered by anything. Which, in a way, was a mercy; at least it didn't seem to bother Jaxson that Timmond was so meek, or that his stutter sometimes made him hard to understand. But he never seemed to stop talking!
word count: 293
Top 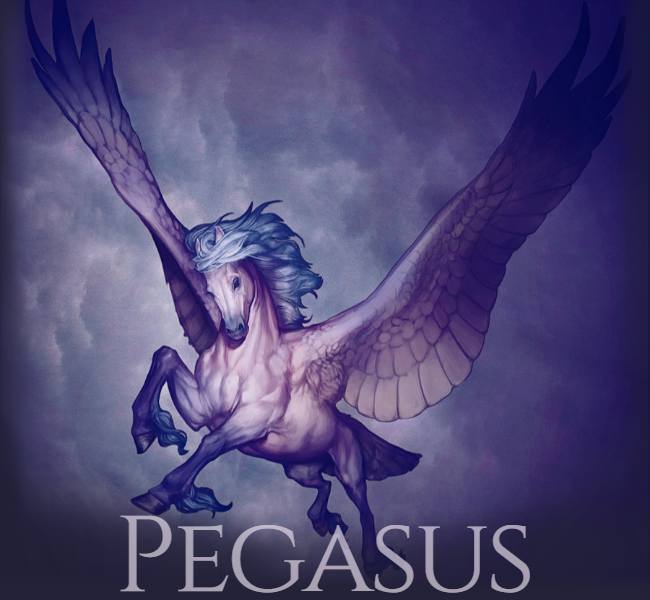 The permanent twilight of Ghost Chasm was at it's lightest in Saun, but it was still dark there. Mist swirled around the two of them, and the brief glimpses of the twin suns of Saun became less and less evident as they made their way.

The chasm in front of them loomed with the sheer mountainous sides disappearing up into the mist. Around them it was eerily quiet, none of the usual noises of the wilderness broke the silence; no birds sang and there were no animal sounds at all. The mist was heavy and the pair of them would be aware of the moisture in the air.

For a few moments, they were alone and able to observe their surroundings. To their left there were flowers and plants, some bright and vividly coloured, others more muted. It was a beautiful example of nature's work, the bed of flowers. The flowers circled out from an enormously large tree with a twisted trunk and deep purple leaves. It stood easily 20 foot tall, maybe higher.

To the right of them, the terrain was sandy and almost desert-like. Scalvoris was known for having a most peculiar eco-system, which might well explain it. There were swirls and patterns in the sand and, if they were but able to see from above they both got the feeling that there was a definite pattern to be determined. From where they were though, it was like there was a single winding path of sand in the ground. Where it led or where there'd even be a path of sand in a slightly undulating area entirely of sand was not clear.

And there, in front of them, was Ghost Chasm. It was eerie and dark, shadows dancing in strange formation. There might have been shaped to make out in those shadows, but neither of them could do so.

Just then, the silence was broken. There was a loud roar like a lion or bear which echoed and bounced off the cliffs, distorting it as it reached their ears. Mere trillseconds after that there was another sound. It was much more clear, much more easy to make out.


It was the sound of a child laughing.

Please claim between 1 and 3 knowledge per post. If you're not sure how - here's a guide!
word count: 412

"Timmond, see that?" Jax said as he caught glimpses of the rock formations through the mist ahead. He pointed to the cliffs ahead and the chasm between them. "Didn't I tell you this place was a sight to see? It's just as I've heard so many describe it."

As the forest grew silent and the mist grew thicker around them, so too did Jax fall quiet. This wasn't his normal state of being and he felt momentarily awkward, shoving his hands into his pockets and stopping just short of whistling. When he was young he had whistled whenever he was nervous or feeling out of place and it had earned him several unkind nicknames involving blowing, musical instruments, and body parts. He had worked hard, focused and changed his behavior, to escape that and he wasn't about to go back to it now... especially not in front of Timmond.

When Jax took in the sight of the gnarled tree with the purple leaves, the bed of flowers beneath it, and the way the colors shown in the twilight, he was moved. Some would find it difficult to understand a character like Jaxson Finley being moved. He came off a shallow to many, charming to all, and ridiculously handsome to also all, but with the heart of a poet and the motivation to nature that extinct inside of him, Jaxson was not shallow at all. He was entirely capable of being moved by moments of beauty, sorrow, and the like.


Who is it that decides what perfection
is and isn't?
Certainly not man who hides his face
when it is dirty.
Certainly not woman who cakes hers
in powders and paints.

He was speaking the off-the-cuff pseudo-poem just loud enough for Timmond to hear if he was close. It seemed wrong for him to speak it any louder. The ideas were inspired by the moment, and while not perfect and certainly in need of revision, he made a mental note of them for later. Then he continued...

"Scratch that," he thought while laying his finger softly on a pedal. He shook his head. This wasn't a poem to be written as such. He hated it when he read poetry that preached a subject. No, he would use the idea to pen something later, but it was the concept that would survive. The idea of nature being perfect and therefore perfection being flawed as mortals saw it told a good story. It was a fertile place to start. And it would be secretly inspired by the beauty he had seen here.

"There's something there," he started to say to Timmond when he caught a glimpse of the path in the sand. "That's strange..."

He had half a mind to follow the path outline in the sand, however odd that would be, when the distorted sound hit his ears. He looked at his writing buddy. "What was that?"

He didn't ask that question a second time when sounds of a child laughing followed. His body went rigid for the moment and he simply stared into the darkness that was the chasm ahead. He wondered if this was the sort of thing that always greeted folks who came this way and if so, why he hadn't heard of the laughing phenomena before? He also wondered if perhaps the stories were true, or maybe still untrue, or if maybe someone was trying to scare them away or maybe scare them as part of a scam or... the ideas were flying through his head too fast to consider them all. For the moment though, he only had to stand and stare.
Last edited by Jaxson Finley on Sat Sep 24, 2022 1:54 am, edited 3 times in total. word count: 636
Top

Timmond had indeed seen the scenery. Though, while Jaxson the poet looked for nature's beauty, Timmond the forager looked for nature's bounty. Where there perhaps roots, herbs, or other manner of edible or useful flora about? He wasn't sure. He was not terribly skilled in the subject, he did well enough where he came from, but here is Scalvoris with it's unnaturally varied ecosystem, Timmond wasn't so certain that he trusted his skills to pull anything and try it. Besides, it was all together too dark to keep up the hunt for mushrooms and the like.

The reprieve from Jaxson's endless chatter was appreciated, Timmond noted the sweet silence. Here in the dim and dank Timmond felt most at home. It was interesting to Timmond then how uncomfortable Jaxson seemed to be suddenly. They hadn't known each other long, and in hardly more than a passing acquaintance at that. However, to Timmond, Jackson seemed to be made of confidence and exploration. The fact that he wasn't in fact perfect gave Timmond a slight smile, hidden away in the darkness.

He heard the silent poem that Jaxson spoke. We're those words meant for him? He chose not to respond, but the question lingered in his mind. Was he not also perfect? A silly thought, certainly, and easily dismissed for the moment. Especially as the distorted roar caught his attention.

"No, th-that wasn't m-me," Timmond stuttered out. Jaxson might notice that he seemed no more terrified of the roar and laughter in the dark then of anything else in the world.

He wasn't sure why he asked that, it was laughter, why would he think someone needed help? Too late now, the words were out into the world.
word count: 317
Top
Post Reply Request an XP Review Claim Wealth Thread
5 posts • Page 1 of 1