• Solo • The Weapons of War

Slums that are a chaotic mess of shelters, thrown together and often crumbling into disarray, it is the main residence for the population majority. The streets are rarely patrolled, and usually only during protest riots or other revolution-minded action.

The Weapons of War 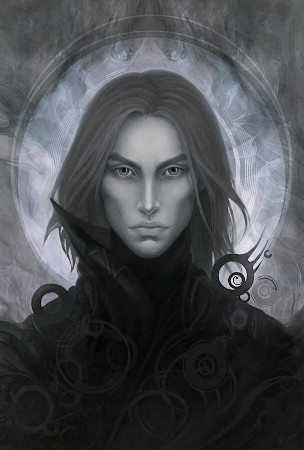 The fighting had started only the night before. The Dragoons, the ones that'd been cleared for participating in the first wave of assaults against the surrounding Creep, had sallied out of the gates of Quacia, intent on bringing fiery retribution to the soulless scourge that threatened to divest Quacia of its autonomy. A threat that promised to bring agony upon those who resisted, and swift assimilation to those who surrendered. Victory was the only option, and defeat would be anguish beyond belief.

Woe had taken to wearing his armor over his clothing, as he, Balthazar, and the rest of his unit may be called to join the fighting at any moment. On his right hip, the faldrunium whip was in its sleeve. around his waist was wrapped a plain steel mesh bullwhip. Also, his tienite bastard sword was fastened to the left hip of his belt. Little else did he have on him at the moment, but in truth, he needed little else. He had his magic, which would help support the other troopers that got involved in the fighting. And when it came to bringing fiery death to the Creep, he had his faldrunium weapon.

He walked the streets of Quacia, listening intently to the sounds of fighting breaking out from just outside the walls. The sounds of siege engines battering the lines of the dragoons, or else catapults hurling fire and tar at the Creep, all of the sounds of war filled the air.

The mortal born didn't try to ignore the effects of the bloody conflict. He would be in the thick of it soon. As he came to a cul-de-sac, he thought to find a way back to the main road through an alleyway. Potentially a bad choice, as many opportunistic draft-dodgers and ruffians had taken to capitalizing on the chaos. Perhaps they thought the Dragoons had the situation well in hand. Why else would they turn against their own people? And what would it take to get them all on the same side, for once and all? Would it take the Creep to bring down the walls and crawl over the cobbles of the city itself?

Woe shook his head. As he went, just in case, he imbued his limbs and core with runes of endurance. As his eyes fell on the end of the alleyway, he thought he noticed a bit of movement, and the tip of a sword. Squinting his eyes, he reached out to fill the shapes and geometries of the ground, the way the shadows played upon their surface with his ether. He tasked them with runes of weakness.

Before he crossed within the threshold for an attack, he uncoiled the steel mesh whip from his waist. This, he held out, and it made a noise as its coil fell upon the ground with a 'clink'.

He waited, and watched, then he saw a head poking out from the other end of the alleyway, which swiftly pulled back when it locked eyes with him. Woe smirked, and shook his head, falling into a readied stance with the mesh whip. "Might as well bring yourselves out now, unless a coward you be?"

The leader revealed himself before his accomplices. When Woe saw who it was, he couldn't say he was all that surprised. He'd only wondered what had been keeping him so long.

"Rufion Perfeita." The mortal born said, watching as he treaded over the runic trap that threatened to sap the strength from his legs. Simple touch triggered the trap, and the withering effects crept up the young swordsman's legs. He walked a few more meters before the sudden decrease in strength disrupted his balance. He crumbled to the ground, and Woe began tracing his fingers along with the air. The shadows that the bloodlights cast upon the back of his hand formed the brush with which to shape the runes he'd next apply.

Meanwhile, Rufion's accomplices came to his aid, each of them brandishing swords. One of them, a brunette woman knelt by his side, and tried to find the injury that had brought him to heel. The other stood in front of his leader, a man with blonde hair and blue eyes, and a terrible scowl upon his face. He lifted the tip of his sword to point at Woe's neck, keeping him at bay, lest the mortal born skewer himself upon his blade.

Woe held up his hands, yet held still to the handle of his whip. At the same time, his left hand continued to trace the rune of numbness upon the air. Rufion was fuming on the ground, "Damn you mage... You think you can best the greatest duelist in Quacia with some mere trickery? I'm not so weak and ill-contained that I cannot fight. If I was half the man, I'd kill you blindfolded!"

Woe suppressed a chuckle. He had spent enough time with Rufion, before and during the creation of the weapons he'd presented to the Court. That time had informed him of his disposition. In truth, he'd expected the news of his dismissal from the draft to reach him before now. As it was, he'd been looking over his shoulder everyday since having the Commander destroy Rufion's draft papers. But now, they would settle this.

"You may get to test that theory, Perfeita. Here and now or soon after." Woe sighed, and took some steps back as his left hand continued to trace the chained rune of numbness and weakness on the air. "But I did you a favor. There's no glory to be had, fighting among the already dead. But here, if and when the Creep should enter the city, you will have your chance to rise to the occasion. Or are you so afraid of living long enough to see so many of your countrymen die?"

Woe smiled thinly at him, a humorless grin. He knew very well how Rufion prided himself on his courage. If that didn't prompt him to action, little else would.

As expected, the young man lifted himself from the ground. His strength was only diminished by half, but that wasn't nearly enough to keep him down. Yet it did slow him on the movement toward Woe, as he joined the blonde within moments. Woe pushed the rune to Rufion's swordarm then, a chained rune of weakness and numbness, that would make it difficult for him to handle his blade. While Rufion was a master, and could probably deal admirably even without the sensation and strength of his sword arm, Woe had confidence that his magic would weaken him enough to even the tables between them.

While the rune took form upon the skin of Rufion's arm, Woe didn't waste time but swept his steel whip across the air, putting his assailants on the defensive. The coil whipped across Rufion's face, but didn't touch him... yet. Instead, he cracked the whip at the neck of the blonde, causing him excruciating with such exquisite precision, that Woe didn't even need to break the skin to bring him low.

The brunette woman, noticing the pain her fellow was in, was given pause, and felt the echoes of that pain vibrate across the way. Woe could see the reflected pain in her eyes, as he coiled the whip once more behind his back and snapped it forward in a simple cattle lash, attacking her left shoulder. The crack of the weapon vibrated off of her flesh, cutting into the cloth sleeve and rebounding to hit Rufion as well.

But Perfeita had enough of uncertainty and losing the initiative to his opponent...

He stepped forward, and began with a thrust into the leg of Woe. The slender blade found purchase there, between the plates of his lamellar skirt, and merely grazed his thigh. Woe winced in pain, but retreated. Blood poured from the wound as Rufion recovered his blade, and then swept it across Woe's chin in a horizontal slash. This time, Woe was ready to defend, and with his left vambrace blocked the swing.

Rufion was stunned when his blade was stopped by the metallic clang of Woe's vambrace, and as Woe grasped it with his gloved hand, blood dripped down the blade. The edge cut into Woe's lambskin gloves, wounding him there. Yet it was better to wound his hand then see the blade through his own heart.

Rufion tried to wrestle the blade from Woe's hand, but was unable with his strength so diminished. As Woe closed in on him, he swept his whip across the young man's knees, and cracked it once more, binding his legs and then kicking him solidly in the solar plexus.

His balance disrupted, Rufion let go of his sword, thoroughly disarmed and fell to the ground. His eyes wide with incredulity and humiliation, as his fellow blades wrestled with their pains on the ground, Rufion scrambled back to his feet, even as Woe flipped the sword, grasping it in his left hand.

"Don't worry Rufion. None will know of your cowardice. Run along to your father now."

So saying, Woe drove the blade of Rufion's rapier into the neck of the blonde, and then moments later cut the throat of the woman. Rufion stumbled out of the alleyway, his legs buckling with nearly every step.
word count: 1598
Top

Re: The Weapons of War

- - -
Comments: Wearing your armor over your clothing when you might have to be called to join the fighting anytime is definitely a smart move. I have to admit, I’m a bit envious of all of Woe’s weapons. A faldrunium whip (and another whip) and a tienite bastard sword sound like a great combination!

You described the atmosphere in Quacia well. In my opinion Woe did Rufion a favor when he had the Commander destroy his draft papers, but Rufion obviously doesn’t see it that way. Hone is a great way to weaken your opponent before the fight has even begun.

I’ve never taken a closer look at this particular magic before, but it does seem to be quite useful!

Woe is truly a master with the whip. The fight against Rufion and his accomplices showed that very well. I wonder if Rufion will indeed run to his father now …

P.S.: I might have added “Detection” to the list of skills used. He saw a head poking out from the other end of the alleyway once, for example.