Welcome to the Cold Cycle 722 Welcome to the Cold Cycle 722

The Cold Cycle has Vhalar (123 Trials) and then Zi'da(93 Trials) which are open for you to play. All new threads from October 1st 2022 - January 31st 2023 should be timestamped within one of those two seasons.


Dates & Seasons
We're rolling into the new Cycle. The Cold Cycle marks the Winter and Autumn seasons of the Arc, and begins with the season of Vhalar. 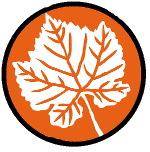 Vhalar is described as the season of harvest, where vegetables, herbs, and other produce are ripe for reaping one last time. During the beginning of this season, the temperature is still fairly hot, even though the second sun has moved away. As the trials progress, the weather cools while the leaves slowly change from thriving green to lively red, yellow, auburn, and purple. The grass wilts and hardly any color is saved by the end of the season except for the pines and other shrubs and trees. Vhalar takes on a chill during its final days before sinking into the cold season of Zi'da.

Vhalar lasts a total of 123 trials (days). It is a festive time for most cities as the temperature mid-season is quite enjoyable.

Zi'da rolls in, bringing with it the cold winds of death. This season was named in honor of the Immortal Daia, after she was struck down at the hands of a human, thus manifesting the war between deities presently. Zi'da is a cool season that only progressively gets colder. Very few flora survive during this time and the trees, barren and lifeless. Animals have settled down to hibernate while the only real noise that disturbs the peaceful silence of Zi'da are the humans that walk about and the Immortals that fight for control. Snow is common during this season, along with freezing rain and blizzards.

Zi'da lasts for a total of 93 trials (days). Though it is considered a cold season, the weather and chill of Zi'da pales in comparison to Cylus.

Staff Changes
Tempest has decided to extend their hiatus from staff duties for another cycle.


Cities Under Active Development
We currently have no cities under active development.

Unmoderated Cities
Thanks to the efforts of a select number of players bringing the city up to date, Etzos is still available to play as an unmoderated forum/city. Thanks go out to Areia, Kasoria, Maxine, Natalia Gregorios, and Oberan. It wouldn't have been possible without you guys.

Currently, staff are working on the following:

Pig Boy (Oh, that's me!) will be handling the Imperial Internatioal Diplomatic Summit in Korlasir as my seasonal this cycle.
Basilisk will be running the DREAMS OF WAR AND FURY Seasonal in Rharne this cycle.

Tech Guy!
I can't even begin to explain all the things Tech Guy has done for us over the last few years and this continues. We've had a lot of updates, including an automated review system, an automated XP / skill ledger - lots and lots of things! If you're not up to date then start here in the updates! Massive, enormous thanks to Tech Guy for all he's done and continues to do. There's also still so much more to come, such as Tier 2 skills being added, and the UCP skill system exiting beta. Thanks go out to Pegasus who's worked side by side with Tech Guy through all of this.
word count: 996
Tags:
announcement
cold-cycle
cycle-change
Top
Locked Request an XP Review Claim Wealth Thread
1 post • Page 1 of 1