Hello everyone I am so excited to bring you something new! This is going to be the Reviewer's Choice! Here we will be showing off threads that have stood out not only to our amazing reviewers, but also from our mod team! Each month mods and reviewers will send links to threads that have left an impression on them. Once everyone has submitted their entries they will be posted here for everyone to look at and read! We're not going to pick a single thread to win. Each person involved in each thread that has been nominated is a winner and will get a medal, and we will enjoy celebrating the great writing here on Standing Trials. Thanks to the Peer Reviewers who work so hard to give us rewards for our threads, and we hope you enjoy this month's selections!
word count: 151
Top

Reviewer: Pegasus
Link: The Preparation II
Name of Thread: The Preparation II
Reason: It was fantastic fun, really showed me the way that the PC, Lorogh, thought and considered things. This is a new PC and I was really pulled in to the story from the get-go. He's a small Cadouri with big ideas and dreams and behind that regimented, military, EE mind, there's a real spark of genius. I loved reading it and I was pulled along with the thread from beginning to end. It could, so easily, have been boring to read, but it was, in fact, compelling!

Reviewer: Balthazar Black
Link: The Woods are Lovely, Deep, and Dark
Thread: The woods are Lovely, Deep, and Dark
Reason: I really enjoyed the way that Dandelion paints the scene throughout the thread. I think that it does an excellent job of building a foreboding atmosphere throughout the story which elevated what could have easily just been a dream about setting up a camp.

The reason I chose this thread as my choice, it's a perfect example of how an advanced character might be pushed to the backfoot under the right circumstances. The stakes were high, as Balthazar was looking out not only for himself, but for a group of hunters/survivalists/adventurers. He was just as responsible for their lives as he was his own.

Add to that, the excellent use of magic, which wasn't overpowered or pushed but used just enough, to convincing effect upon the creature he encountered. I'm also partial to battles with huge and indomitable beasts.

The conclusion is equally satisfying, not skimping on details about the aftermath of the whole battle and the escape from the Scaltoth with the rewards he'd acquired from it. He went as far as to detail how the npcs that were wounded were holding up, and how they were taken care of. Very good attention to detail.

Reviewer: Doran
Link: Drownproofing
Thread: Drownproofing
Reason: It’s a solo where Oram and his fellow rangers receive training in the eponymous activity. At first glance, it’s a pretty straight-forward training thread, but the dialogue in it is highly entertaining. I couldn’t help but smirk when Leland, the Mer teaching the class, pointed at the water and held a little speech about it, for example. And then there was the practical demonstration during which Oram got into his dead-man’s-float/treading combination and kind of quietly said, “Help!”, only for Leland to tell him to be louder again and again. The thread wasn’t just funny though; Oram and his fellow Rangers also learned a couple of very important things. 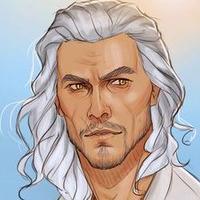 Reviewer: Avalon
Link: Candles in the Dark
Name of Thread: Candles in the Dark
Reason: This thread had a specific setting and purpose, but the writer made the scene come alive with just hands-down fantastic writing, filling in the environment with detail. It very easily could have come off as two-dimensional but was anything but. A very enjoyable read and introduction to the EE.

Reviewer: Doran
Link: Bend and Sway
Thread: Bend and Sway
Reason: Russel made Ashan's curse seem truly horrifying, in a way that was beautifully written. There was more than just suffering though. There was also a sense of hope. Russel realized that he had to re-learn how to move and reinterpret the way his body occupied space after being cursed. This was more than just a thread about Russel’s recovery though. Russel also wove aspects of his PC's history into the narrative and told his readers who he is, apart from a curse of Ashan.

Reviewer: Pig Boy
Link: Where One is Fed, A Hundred can Dine
Thread: Where One is Fed, A Hundred can Dine
Reason: This is a dream thread by Dandelion. What I liked most about it was the subtle characterization that came out in the narrative of the dream. Dandelion being a generous soul, was always willing to share a bit of meat with the less fortunate creatures of the forest, as he downed a deer and found that many animals began begging for the scraps. For every cut he shaved off the deer, more grew as he gave it away.

I think there might've been some subtle commentary on the PC's nature or outlook there, if one wanted to look for it. It almost seemed as if there was a deeper meaning to this dream. Or perhaps it was just a dream? Either way, it was written as a very interesting folk-tale'ish way that was very entertaining from beginning to end.

Reviewer: Balthazar Black
Link: From One Dog Lover To Another
Thread: From One Dog Lover To Another
Reason: I enjoyed almost everything about this thread. It was a great example of how to write alchemy and a wonderful look into the character. The writer took a small event (Ilaren getting a dog) and used it to bring the whole society of Rharne alive by showing how one dedicated citizen who is also fond of canines would react to the news.

Reviewer: Avalon
Link: Council Meeting: Rebirth Cycle 722
Name of Thread: Council Meeting: Rebirth Cycle 722
Reason: Scalvorian politics is where it's atttttttt! The past two council meetings have been a treasure trove of fun and all the pcs involved really play their parts. I mean, it's politics. It's differing agendas. It's political maneuvering. You name it - this thread has it.

These threads by their very nature, featuring so many pcs, are challenging on a lot of levels, and they did a great job with the material and situations given to them, by other pcs and the mod!

Reviewer: Doran
Link: I Dance
Thread: I Dance
Reason: There was something incredibly atmospheric and evocative, something almost magical about this thread. Areia made the sandspecks, a phenomenon that happens every Ashan, seem like a truly miraculous thing. Her curiosity about them was almost tangible, and her dance was beautifully written.

Reviewer: Pig Boy
Link: A Bad Batch III
Thread: A Bad Batch III
Reason: Maxine is one of the tougher customers around. While this thread doesn't strip away that toughness or downplay it, at the same time it shows how a tough character can become vulnerable. The dialogue was fantastic here and gets across to me just how put upon Maxine has become, in the weight of the curse on her and also the weight of addiction.

The use of the curse here (where she refuses to attack Sabrina until she's commanded) is really an ideal example of how a character can roll with the punches and continue to tell stories that are interesting to read. I'd recommend a read of this Maxine series to anyone who doesn't mind darker subject matter.

Reviewer: Pegasus
Link: Gift of the Magpie
Thread: Gift of the Magpie
Reason: I loved this thread! On the surface, it seems to be just a slice of life of two people meeting up (Woe turns up uninvited tut tut!) but it's so much more than that. It's a thread about a shared connection they both have with Llyr, about their relationship as almost-friends (maybe friends?) and each of them engages in some really interesting self-reflection. It's one of those threads which looks to be one thing when you start but, as you read you realise that it's quite another. Beautiful writing from two amazing writers!

Reviewer: Oberan
A Link With the Name of the Thread: Shaping Up
What did you enjoy most about this thread?
Shaping Up is a very well-written thread all around. Its premise is simple and old as time: a student-teacher relationship. As Praetorum is a very established PC, he’s not the one needing to be taught, but doing the teaching. Maybe it’s just me, but seeing a PC teach an NPC seems not as common as the reverse.
While the focus of the thread is on Praetorum figuring out how to help his protégé and setting up a small test, what impressed me most is the characterization of Daeven. There’s just so many hints to his inner conflicts and worries seeping through his depiction and dialogue, which give him an intriguing amount of depth. Wonderful stuff, really.

Reviewer: Doran
A Link With the Name of the Thread: Leaving the Warren
What did you enjoy most about this thread? This was an utterly adorable thread. Clara left her parents' house in order to move into a place of her own. She was so nervous, but also very brave, and her writer described that well in my opinion. My heart really went out to her when she forgot that there were stairs in front of her parents' house and landed face first on the ground. I also loved the scenes with the NPC Chorum. The way Clara and Chorum interacted was heart-warming. All in all, this is one of the threads that leave you with a smile on your face.

Reviewer: Pig Boy
A Link With the Name of the Thread: With a Flower with a Flame
What did you enjoy most about this thread?: I really enjoyed the emotion that the PC opened up with in this thread. So many lines stand out from it. There's the pain of being separated from the man she loves, and knowing that she can't be with him and yet she's got to truck on, or else the worry and uncertainty will consume her.

It's also the beginning of a big move by Faith, to create a huge Wonder of the World sized hospital. It's interesting that an amazing idea would come out of that pain and drive her to create an establishment that is sure to have an enduring legacy. So it shows how from great pain and heartache and wounding, a character can and does come out stronger if they can carry on, if they try.

It's a beautiful story that really deserves a read.