Per his own request, Sceptre has been retired from staff. After some discussion with all staff involved as well as discussion among the TLs, the following staff changes are being made.

Sceptre is removed from Rharne.

Oracle is removed from Rharne and moved to Melrath. She will, temporarily, handle minor requests such as wealth points in Rharne.

Munchkin is removed from Rharne.

Splinter is removed from Desnind and will be taking over moderation of Viden.

This will leave Rharne modless for a while. We feel that Rharne's city lore and playerbase is healthy enough that it can manage on its own for a bit until someone steps up to take it over per their own choice (be it a new staff or current).

If you have any questions on this, you can contact me.
word count: 135
Top

The guidelines on how a PC might become an Immortal are here.

Also - the Immortals Primer has been updated here The following passage on learning languages in the wiki has been altered to be more clear:

When you encounter a new language within an RP, be sure to let your reviewer know. It is up to them to reward you with the knowledge, Language: _____. Once your character has been introduced to this language, they may begin studying this as they would any other skill. However, just because your character has been introduced to the language doesn't mean they can speak it just yet.

With the following added to the end of it:

These language-specific knowledges can either be learned as non-skill knowledge, or under the skill Linguistics, depending on the wishes of the player.

If you wish to learn this language as part of the Linguistics skill, you can list request it from the reviewer as follows: Linguistics: Language: Grovokian sounds like a wet, whining dog.

In both cases, these knowledges count toward the amount of knowledges needed to learn a new language, or improve one's use of a language they already have.


I hope this helps clarify any questions you have regarding the learning of new languages!

A small update has been made to Necromancy Revenants concerning skills and such. All existing revenants will need to be submitted to the PSF for approval as Personal NPCs. The following has been put into the Necromancy Wiki.

A Revenant follows the same skills procedure as a Personal NPC. The Revenant's skills may be improved upon in the same fashion as a Personal NPC. A necromancer should take care that the more powerful a soul, the more likely it will wrest control. If the soul wrests control, a Necromancer must temporarily find a way to shut it down or immobilize it to resume control. A Revenant who escapes this way will always feel the deep bone gnawing sorrow of their condition, living like a StoneHeart and fading in and out of remembering who they are. Finally, trapping the soul of an Immortal's marked is dangerous, as the Immortal can easily find any soul they've so marked without the intervention of an artifact or other magic. A Revenant with competent skills at their highest mastery costs three thralls to maintain. A Revenant with expert skills costs six thralls to maintain and a Revenant with master level skills costs twelve thralls to maintain. Magic is not a skill that can be used by a Revenant.
word count: 216
Top 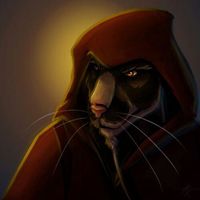 If you have any questions, comments, or concerns feel free to send them my way! Thank you. I am most pleased to welcome Octopie to the Storyteller team. She will be taking on Ne'haer. She will be mentored by me (and staff at large) in this process. Her initial duties will be converting the Ne'haer lore into the wiki, but also, breathing life back into that city. Please give her a very warm, tentacly welcome.
word count: 60
Top

I am pleased to announce that the Wells Update is now moving to the Player Feedback Stage, as found here. viewtopic.php?f=375&t=17494 We are seeking all feedback and questions on the updated wells system before we go live with this update.

Additionally, here's a place to grandfather/check on the status of your existing wells. viewtopic.php?f=375&t=17495

Thanks to the monumental IC efforts of Faith Augustin, the Order of the Adunih has received an update. This update will cover all existing Order of Adunih outposts in any area that has them. There will be a couple new ones being added in soon, so keep your eyes peeled.

Note: Anyone currently in the Order prior to the update will not lose their current cloak status, but will still need to earn their trims.

Order of the Adunih Wiki 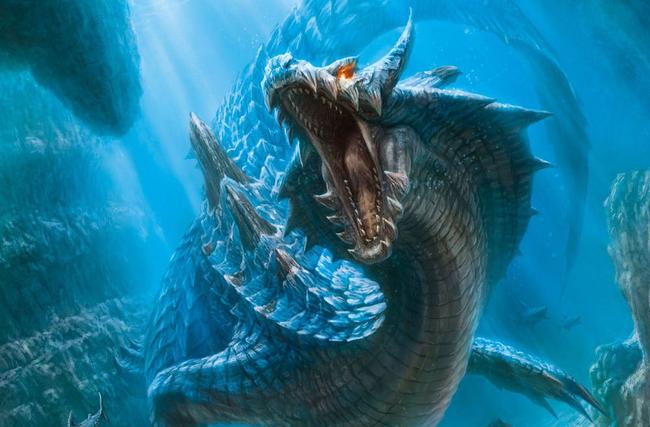 As of roughly Ashan 40th, 719, due to this event post, a far reaching Reisah has been called by the Meerabelard Mer tribe, against Tunawa, more specifically a particularly tall one. This Reisah has been answered by the Minisink and Akọsilẹ tribes. This Reisah demands the sap of Tunawa be spilled into the oceans, though any particularly tall Tunawa, with a love of bubbles, are to be brought to the Meerabelard Tribe's chieftain. This means that Mer in the regions indicated in this Link are incredibly hostile to all Tunawa and have a kill on sight mindset, unless the Tall One with Bubbles is found.

"When Reisah is declared, friends and loved ones of the Mer who declared it will, generally, rush to the Mer's side and assist them, the clans of the Mer developing a vendetta very quickly due to roiling tempers and misunderstandings. The few strong willed Mer who feel Reisah's pull but do not wish to act on it, forgo the declaration and go into Exile until it has passed.

Reisah is not declared lightly. Once a Reisah has been declared, it is very difficult to remove. Reisah's have been declared between tribes, extending from the original Mer involved to many generations of Mer after them. Some tribes are based on the Reisah that their leader created. Reisahs can be made against other tribes, other races, or specific individuals. Daring mer can potentially attempt a Reisah against an immortal or a Leviathan, but many elect not to go down that path as the Immortals and Leviathans are incredibly powerful beings."

The following was added to the lore, to relax the 1 Mage Mentor restriction per player. All Mage Mentors are now assigned to specific cities/areas. wiki/index.php?title=Magic_Mentors

"A Magic Initiator must be requested in the PSF. There is no limit to how many Mage Mentors a player may have. At a minimum, these Mage Mentors MUST be approved or denied in the PSF by the City Moderator presiding over the city the Mage Mentor is assigned. If you wish to relocate a Mage Mentor from one city to another, you must receive permission beforehand from all moderators involved and have a strong, plot based reason. It should be noted that having several mage mentors is unusual, and the number of mage mentors one has will play heavily into consideration for further mage mentor approval."
word count: 139
Top
Locked
174 posts