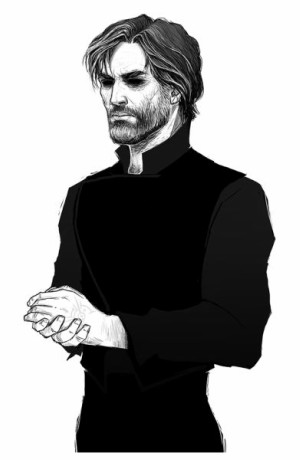 Appearance
Ulric is a decent looking man with shaggy black hair and three scars across his face. Or at least he was. These days he had a more ethereal appearance. His face holds many of the same features it did while he was alive but it all seems to be held back behind this veil of smoke that comprises his body. When he transitioned from an echo to a phantom his body shifted slightly. He ‘grew’ a beard and his scars disappeared. Additionally his eyes turned jet black.
Index
Personality
History
Skills & Knowledges
Skill Point Ledger
Marks
Possessions
Wealth Ledger
Renown Ledger
Threads
Last edited by Ulric on Fri Jan 31, 2020 3:58 am, edited 20 times in total. word count: 127
Top

Personality
Ulric was a brave and honorable man who always did what he thought was best for the people and things he cared about. He had a keen, observant mind and he used his cunning to help anyone who he felt deserved it. Ulric was a good friend who would often go out of his way to ensure he could make the best life for the people he cared about and in more intimate relations he was a companion that one could not live without. Ulric has his own sense of honor based around doing what is right, not what is good or honorable or even kind. Ulric is the one who will make the tough choices. Death was a crucible that greatly altered Ulric despite his attempts to hold onto who he was. Ulric has become far less trusting and extremely protective of the things he cares about. Beneath his desire to protect there is a desire to do more, to punish the cruel. A desire for vengeance.

History
Ulric was the son of a tanner and he didn't aspire to be much more than that. He was happy with the simple life or peace right up until the day a band of raiders stole that peace from him. A few members of the village banded together to try and repel the bandits- among them was Corvus the Firm. Corvus was a knight of little to no renown in the village who had left behind the life of sword and shield in order to pursue religion. The bandits were repelled but Ulric lost his parents. Corvus- having decided the best way to serve his gods was to seek out injustice in the world and quell it- put out a call for any able bodied men to join him in hunting down the bandit leader. Ulric- with no true skills- joined the cause along with a few others including Alexios the Strong and Marian the Healer. Together the group pursued the bandits but that is really a tale to be described elsewhere.

After the bandit raider leader was brought to justice the group had been slimmed down to only the four. Alexios, Marian, Ulric, and Corvus. The four of them spent years together going on many adventures to help others as well as to help themselves from time to time. They became known as "The Lightbringers" and each took on new monikers. Corvus became the Lightbringer, Marian became the Serpent, Alexios became the Brightblade, and Ulric became the Dragon. As years dragged on and the heroes went from settlement to settlement solving problem after problem, Corvus began to feel that their efforts were for naught. Ulric took every opportunity to remind his friend that they were saving the people who everyone else- even the Immortals- forgot, but it was never enough to fully convince Corvus they were on the right path. One day the injustices were just too much to bear. The group had hunted a phantom plaguing the village and when they asked for their pay they were ambushed by farmers trying to weasel their way out of the debt. It was not much of a fight but it was enough to infuriate Corvus who ordered Ulric, Marian, and Alexios to set fire to the village. He claimed it was to purify them of their deceit. The trio refused and Corvus spiraled. He barked commands to deaf ears and the group that had fought together for years, fell apart.

Alexios went off to Yaralon and that was the last Ulric ever heard from him. Marian and Ulric went to Volanta to start something of a family. They grew close over the years as adventurers and decided to try and settle down despite the difficulty of it. Marian turned to her medicine for money and Ulric turned to his blade. He began working as security for anyone who'd pay. It kept his skills sharp as time passed. Yet no peace would last forever. Eventually Corvus came for those who had turned their backs on his conquest. His holy mission. Alexios, Marian, and Ulric became targets in Corvus' great purge. Corvus found Alexios in Yaralon and killed him in a duel but he was not so brave when it came to striking at Marian and Ulric. First Corvus spread word of what Marian truly was in Volanta. That forced the couple to take to the roads and find a new home. One night while Ulric was tending to the camp fire and Marian was sleeping soundly in their tent, Corvus attacked. He brought with him a small band of four mercenaries and they set all of Ulric's things ablaze. Ulric grabbed his sword but that was all he could save. Marian didn't even get to her quarterstaff before the flames reached it. Corvus attacked Ulric and their longswords danced in the moonlight. Steel pounded against steel and Ulric was on his heels. Ulric's arms were growing heavy and his breaths were becoming labored. He parried and blocked and parried, not giving Corvus even an inch because if he gave him that much it would all be over. Ulric and Corvus' blades danced in perfect rhythm with each other. Corvus would push and Ulric would push back but he could never push as hard and eventually Corvus had him on the defensive. Ulric kept bringing up his sword to block the incoming strike but Corvus was unrelenting...

And then Ulric slipped.

Ulric took a step back and his foot slid against a smooth stone costing him his balance. Corvus drove his foot into Ulric's ribs and sent the man into the dirt beside the burning tent. Ulric's sword slipped from his hand and skittered out of his reach. Marian ran over and knelt next to Ulric in some vain hope it would cause Corvus to stop. He did not. Corvus grabbed Marian by the hair and pulled her away from Ulric while two men hoisted Ulric onto his knees and held him. The other two began to strip Marian but Corvus beat them away with the flat end of his sword. He had no desire for such things. Instead he slit Marian's throat with his sword and tossed her body to the floor.
It would only be much later- when Ulric regathered his shattered mind- that he would realize what Corvus had done by killing the Yludih Marian. Corvus has separated Ulric and Marian for eternity.It sent a wave of rage through Ulric who pulled himself free of his captors and shoved them away. Corvus ran at Ulric with his sword raised and Ulric grabbed the only thing in his reach- a lamp. Ulric smashed the lamp into Corvus' head causing it to shatter and spill oil over him. The impact wasn't much but it threw Corvus off just enough for Ulric to shove him into the burning tent. The oil lit and Corvus let out a cry of agony as his armor became a fiery prison... but he didn't stay down. Corvus stood, cloaked in flame as his metal armor began to turn shades of orange. He reached out and caught Ulric by the throat- his heated gauntlets searing into the skin on Ulric's neck. Then- without another word- he drove his glowing orange blade through Ulric's heart.

When Ulric first awoke in the Beneath he did not know who he was, what he was, or why he was existing. His mind was scattered like the stars and it took him some measure of time to gather it again. He does not know the full measure of time because he had no method of tracking it while trying to pull together the puzzle of who he was. Though he'd never remember it- having later chosen to sacrifice some memory of judgement to maintain memory of life- when judgement came Ulric refused to pass on. He could not bring himself to fully abandon the world while Corvus drew breath within it. Hate like that is a dangerous thing for a spirit- an echo. The desire and hunger nearly consumed Ulric but his better emotions brought him balance. The love he felt for Marian and the compassion he felt for people kept him from descending into some horror. Ulric still seeks vengeance, but he is careful. He has learned that giving into your emotions is a dangerous thing for a echo to do. Ulric went on to begin exploring the possibilities of his new body. If he was to have his vengeance he would need to hone the curse that had been thrust upon him and turn it against Corvus. His search brought him to the realization that he was bound to two anchors. One moved frequently and so Ulric felt it would serve as his best link to the living world but he discovered that it was none other than Corvus. The other anchor was Ulric's sword which didn't leave the scene of his death for three weeks until a man picked it up and sold it at the nearest market. These days Ulric goes where his sword goes. He continues his quest for vengeance by building his ghost powers under the hope that one day- he will be able to destroy Corvus.

When an individual lies to Ulric or someone Ulric is possessing, Ulric begins to experience a burning sensation in his throat. The feeling scales in relation to the magnitude of the attempted lie ranging from something as little as dryness in his throat to something as brazen as his throat begins to shift to show the burn scars that were left by Corvus' hand when he grabbed Ulric. The primary function of this Death Remnant is that it makes Ulric aware of when an individual is deceiving him however as Ulric grows in power the Death Remnant changes slightly as well. When he shifts from Echo to Phantom the remnant expands to include when someone tells him something they are unsure of. For example if John told Jason to go tell Ulric something and Jason didn't know that something was a lie, Ulric's throat would burn. However in this case where Ulric is not being directly lied to, the throat of the individual who began the lie burns as well. It is only a sensation, there is no physical trauma beyond what the sensation causes the victim to do.
Last edited by Ulric on Thu May 07, 2020 3:32 am, edited 35 times in total. word count: 1294
Top

Here you list the possessions from your Starting Package .

Here, you keep a track of your Character's Wealth Tier and the spending of Wealth Points. Information here!

Current Wealth Tier:
When you need to put another row in there, just put this code in below the last /tr] and before the /table]