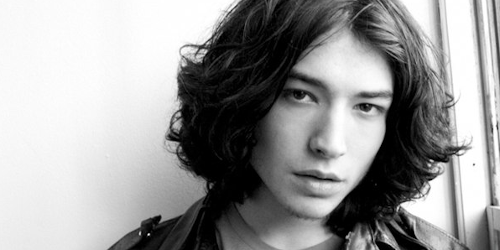 On the 50th of Ymiden, Devin Thorn, doctor, councilor and not entirely clueless incredibly skilled and experienced Becomer sat at the vanity table in his bedroom, trying on different hair accessories before he settled on something shiny in silver and gold. He also put a bit of glitter into his dark locks that were a bit unruly before he decided that that particular kind of glitter in his hair didn’t really look good and brushed it all out again. He was just wondering if he should wear rings or not when the door was being opened, and his roommate Aidan, a university student that was a few arcs older than he was entered.

“Hey”, Devin who was currently in a good mood greeted the older man with a wide smile – which caused Aidan to make a step back and eye him somewhat warily before he blurted out,

“Devin, what happened to your teeth? They are … they are …”

“Pointed!” Devin helpfully supplied and grinned. “I got a couple of fake fangs because I wanted to see what I would look like with sharp teeth. I think these are too long though. They feel weird in my mouth”, he admitted, shrugged his shoulders, removed the fake fangs from his mouth and put a different set that made his teeth look only slightly pointed in. “I already have sharp nails, so I thought sharp teeth would make sense. I think I’d rather have real fangs than this fake stuff though.”

“Aidan”, he suddenly wanted to know. “Do you think that I can persuade my spark to give me fangs for my next Awakening? Adeline insists that you can’t control your Awakenings, but if I asked really nicely …”

“I’m not sure if you can ask your spark for specific Awakenings, even if you ask nicely”, Aidan replied before he informed him, “Anyway, I just wanted to tell you that I picked up the mount that you won when you participated in the Scalv-enger Hunt last cycle. They asked me when you would finally come and get it. They wondered if you had just forgotten or did not want your free mount”, he told him.

“Sorry”, Devin murmured before he smiled even more and asked, “So, what did I get?”

“A bird-horse?” Devin asked in confusion and looked at the horse that stood in the garden. It had been tied to the apple tree so that it wouldn’t run away. It was, obviously, a male horse as a brief look at its nether regions revealed (although someone had cut a part of them off; the poor horse had been gelded). It was midnight black, and it sported a pair of magnificent feathered and equally black wings that would actually have made him kind of envious if they weren’t attached to a horse. He wasn’t sure how that had happened!

(Was the horse the result of a Graft experiment, or had a giant bird had relations with a horse for some reason? If the latter had been the case, how exactly had it worked, and had it been very weird and painful? Horse and bird anatomy were totally different from what he knew!)

“It is called a Scalvwing Steed. They are rather uncommon. Supposedly, there is only a single ranch in Egilrun where they are being bred, so you are quite lucky that they gave you something like that”, Aidan informed the Mortalborn with a smile and approached the freaky looking horse, with Devin following a step behind him. “Devin?” he asked while he untied it and handed the lead to him, looking at him with curiosity as he did so. “Do you really think that you can just ask your spark to give you a particular Awakening?”

“None of the mages that I talked to seem to know a lot about the spark. It could be possible to communicate with it and come to an agreement with it. Maybe people just haven’t given it a try before. They aren’t always right, you know? They are often complacent and set in their ways and don’t even consider that there might be something outside their range of experience”, Devin told the older man in no uncertain terms which made Aidan look rather thoughtful for a few moments.

Devin, he decided, did have a point.

“I like your fangs, by the way. I wasn’t sure about them at first, but they make your face look interesting”, he said, smiling and walked next to the Mortalborn as he led the Scalvwing steed to the center of the garden.

Devin’s eyes widened for a moment. He had just been about to prepare a little speech about freedom of expression and personal style and such, even though he wasn’t sure if he actually wanted to have real fangs yet, and even though he didn’t really care what other people thought of his occasionally eccentric (and very fashionable!) appearance. That was pretty much unnecessary now!

Aidan was, Aidan was …

Fortunately, the horse’s sudden loud whinnying distracted him from the overwhelmingly positive thoughts that he was about to have in regard to his roommate.

He looked at the gelding for a moment, and then he proceeded to stroke him and admire him.

Getting into the saddle took a certain amount of acrobatics, a swing and a little half-jump because the horse was quite tall, and the wings were getting in the way a bit. Finally, he was sitting in the saddle though and pulling at the reins and getting his new mount to move somehow. He had just gotten it to walk around the garden, after repeated attempts that had not led anywhere, when a most familiar blonde woman walked into the garden. Apparently, his mentor had decided to make another unannounced visit (she had a habit of showing up without a warning).

“Nice”, Adeline, remarked and looked at the winged horse before she abruptly asked him, “Have you ever considered making an animal totem? A winged horse would be a great choice for your first animal totem. You could probably just extract a tooth instead of killing it. It has big teeth. They are probably easy to remove”, she pointed out.

“No”, Devin informed her in no uncertain terms and pulled at the reins in order to make the horse stand still again. “I have an Avriel totem, so I don’t need a winged horse totem. Besides, have you seen how horses poop? I don’t want to become an animal that does that. I don’t want something like that to come out of my body. In fact, I’d rather not become an animal at all. Being a person is much better”, he told her and shuddered. The thought of becoming an animal almost made him sick.

“Why do you limit yourself like that, Devin? What is wrong with you?” Adeline wanted to know and eyed the winged horse some more. “Every other Becomer that I know was excited about getting an animal totem. You were quite excited when you told me about the Becomer that turned into a Dubaebo”, she reminded him him. Devin had exceeded her expectations by far when it came to his skill at magic. He had progressed quickly and not overstepped a single time so far. Sometimes, she couldn’t help but wonder about him regardless though. She had thought that her initiate would be more adventurous!

“There’s nothing exciting about turning into a creature that licks its own butt, poops a lot and can’t talk in my opinion. And I know that I could Echo my human voice in order to be able to talk, but animals can’t wear nice clothes, they can’t interact with society in a meaningful way, they can’t drink, they can’t smoke, they can’t do any of the things that I enjoy”, he pointed out and shuddered some more.

“As for my being excited about Rakvald’s father – you can be excited about and impressed by someone else’s magic and want something different for yourself. Rakvald’s father was totally awesome, but it isn’t my kind of magic”, he continued before she had a chance to react. “I’m not limiting myself. I’m being true to myself and doing what I want. There’s no single way to be a Becomer, and if I only want to change into people, and men, and young men, and beautiful men – and have grafted body parts - then it’s my choice, and it’s fine. I love what I do, and I’ve never had so much fun in my entire life!”

“Huh”, Adeline made, her eyes wide. For a moment, she looked stunned because she hadn’t expected her initiate to talk back like that. Actually … she should have. Sometimes, Devin was quite argumentative. She glanced at Aidan who was still standing there and looking a bit awkward now, and then back at Devin. She was too proud to ever apologize to him, even though she felt a strange hint of regret now, so she made an offer instead,

“Maybe I could teach you how to combine your various humanoid totems sometime. There are a few techniques that you don’t know yet, and I think that you are almost ready to learn them. You could become a Biqaj with wings, for example. Anyway, have you already decided on a name for your new mount?” she wanted to know.

“Caz”, he told her. It was a shortened version of cazryn which was the Xanthea word for bird which seemed to be a fitting name to him, no matter what people said (although they probably wouldn’t say a lot; they’d just call his horse a bird without being aware of it – foreign languages were great for making people say things that they wouldn’t normally say). Renown: 5 for getting an exotic mount.

Comments: Devin was particularly funny in this thread. I very much enjoyed the reference to Rakvald's father, I didn't know the Dubaebo had such an impression on Devin, but it's good to know!

It was very funny when Devin began to argue that it ought to be possible to negotiate with your spark to get a specific awakening. I hope he gets his real fangs... just so long as he doesn't accidentally bite his lips or tongue.

I didn't find this very much a mature thread. Just about animal husbandry and stuff, perfectly normal in my opinion, but you can never be too careful I suppose.

Caz seems like a great name for a Scalvwing Steed.