As Desnind faces the next several trials of chill darkness, the people of Desnind congregate around the Fire Pit to warm themselves.

Here is the City in the Trees. Desnind, home of the Immortal Moseke and much more! All IC writings in Desnind go here.

Joran hated Cylus. Most people of Desnind hated it, to his knowledge. Especially Tunawa, with their reliance upon the warm and the sun. They were a strong people both in body and in spirit, but the cold darkness of Cylus always drove the vigor and life from his kind. Magani was a depressing place during Cylus, and though many Tunawa preferred to group together and spend this time in their own company, Joran was never among them. It felt too much like the collective lethargy fed on itself. And so the small man chose to spend the first truly dark night of Cylus by the Fire Pit with the Sev'ryn and other assorted dwellers of Desnind. They were better able to cope with Cylus than Tunawa; their blood did not flow slow and sluggish like the sap of a Tunawa. They did not lapse into trials-long sleeps, and they did not grow ill from the lack of light. That would be something Joran would face later in the season, but it always loomed large over him during this time of year.

Maybe that was why he'd never feared the fire pit quite so much as a man made of wood ought to. The warmth of it kept his sap flowing and while the light wasn't the natural, refreshing glow of the sun above, it made him feel a little better. So here he sat, on a small rock a few feet from one of the smaller fire pits. He was the only Tunawa present, but the pits were crowded tonight with Sev'ryn, humans, and even a few odd-ball races all looking for light and warmth. Many were visitors from out of Desnind, who were not used to the true darkness that came with relying on the iyo for light. In Desnind, Cylus truly was a dark time. There could be no fire, and thus productivity ground to a halt.

"It's a sign," A Sev'ryn elder said, lightheartedly bickering with an older human woman. The two were talking about the beautiful song a couple nights ago, at the close of the last arc. "That Ymiden and Moseke are looking out for us. That we will survive the cold." The Sev'ryn had a lion familiar, the half-transparency of it less obvious in the firelight. A slightly unnerving sight, though Joran had grown up with unlikely creatures accompanying Sev'ryn.

"A sign?" The human woman asked, idly dismissive. "It could be the Bad Lands, for all we know." She spoke Xanthea practically as well as a native--she'd been here for many arcs, if Joran had to guess.

"Don't talk like that," the Sev'ryn chided her, growing slightly more serious. "Talk of that place brings bad fortune." Again, a huff from the human, though she obliged him.

A silence fell over the small group, and Joran grimaced as the chill air fell over him. The light breeze had changed direction, wafting the heat away from him. The Tunawa glanced around, then cleared his throat and said, "Want some music?"

The group turned their attention to the small Tunawa, who shifted uneasily. He wasn't shy, and enjoyed playing for a group...but a dozen eyes on him made him slightly anxious. "Sure, little man. Sing for us." This time it was a younger Sev'ryn, unaccompanied by a familiar.

Joran scowled at him, but nobody seemed to really recognize what the problem was. They probably didn't even realize he was displeased with the treatment. His kind were so easily dismissed because of their size, and everyone thought their only value was in being entertainment. Just because Joran liked playing his dulcimer didn't mean that it was all he was good for. Still, he hopped off the rock and trotted over to where he'd staked his zipper's reins in the dirt with a small wooden spike. The big dragonfly was practically shivering from the chill--that was why Joran had brought him along, to let him have some warmth from the fire. His dulcimer was on the back of the creature, and soon enough Joran had it unstrapped and was settling down back where he'd been sitting a moment ago, the dulcimer on his knees.

Rather than ask for requests--since he didn't know enough tunes--Joran simply began to play. He knew there was such a thing as written music--he'd seen it in the library...but he had no idea how to read it. Instead, he played based on feel and memory. Joran thought he was passably good, though far from skilled.
Last edited by Joran on Sun May 26, 2019 8:25 pm, edited 1 time in total. word count: 783
Top

Re: The Last Iyo

The tune that the Tunawa chose was a slow, rolling one. It felt...fitting. The new Arc was always cold and dark and mournful. While this tune wasn't quite so grim, it was a little pensive. Joran's little dulcimer, carved of Obogjon wood, rang out into the listening crowd. He closed his eyes, swaying gently to the rhythm that he was creating. One wooden foot tapped softly on the dirt as he played, lost to the soothing sounds. This went on for a couple bits, before he brought the tune to a somewhat-clumsy close (only a slight flub, an extra string ringing out on the end before he could mute it). Only then did Joran open his eyes and see the somewhat bored expressions on the faces of his audience.

"That was good..." One of the Sev'ryn present said politely, then added after a hesitation, "Can we hear something a little more cheerful?"

Following a few more murmurs of agreement, Joran gave a little sigh and nodded. "All right," he acquiesced, "How about Lillies in Her Hair?"

The Tunawa took the nods from a few in the crowd as assent, and opted for a simple, lilting tune that had an easy beat to it. It was a typical lovey song about a Tunawa with hair filled with lillies. ...At least, that was the version he'd grown up with. Apparently, this crowd knew a more...rowdy version about a woman who loved to dance. The crowd was soon singing out the lyrics, feeding on itself and drowning out the small dulcimer in Joran's lap. Then the alcohol came out. They wanted to get lost in the night, he realized as he played the seventh verse. They wanted to get drunk and sing and dance and forget that they wouldn't see the sun again for over two dozen trials.

Well, Joran could hardly blame them. So he played on, then when they grew tired of Lillies in Her Hair, he picked a bouncy, flouncy dancing tune. Then another drinking song. Not every song in his lineup was a hit, and he messed up more than once as he rapidly ran out of songs in his repertoire that he knew how to play well...but by that point, the crowd was already drunk enough not to mind a lot and there were better musicians than him playing along and drowning him out. A big man with a tiny guitar-like thing, a woman with a few small drums in her lap, and some human-approximate creature had a weird instrument Joran could only describe as an octopus made out of cloth and wood and shell.

The little man found himself forgotten soon, both to his relief and displeasure. Nobody cared what he had to say, and when better entertainment came along they stopped caring about him entirely. That was all he was to some people, and it irked him. He tried to sing and dance and chat along with the others...but he was too small for them to dance with, too quiet for them to talk with in the noise, and he felt more like a spectator than anything else.

Before the night had gotten too late, he found himself retreating and making the long walk back to his home near the library. Maybe he should have gone back to Magani for the night, enjoyed the company of his own people. He was an oddball by their reckoning, but he got on well enough. At least he was treated as an equal.

Just for good measure, he'd taken a big gulp of a Sev'ryn's flask before he left. A really big gulp. The library was too dark now for him to read, so he had to find other ways to pass the time. He'd never actually tried to drink before, and found the experience...unpleasant. Tall Folk weren't kidding when they said that some drinks burned like fire on the way down, and that imagery did nothing for his comfort as he choked down something that tasted of wood and smoke, hoping it would do something for him.
word count: 698
Top 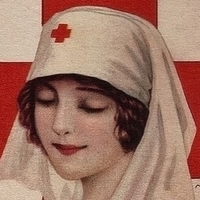 Re: The Last Iyo

This was a nice, short, fun read. It's rare that I see someone actually roleplaying out a musical scene, let alone one that involved a Dulcimer. The reference to your character's imperfect playing style was much appreciated, and hints to an underlying sign of quality to your roleplay, one that should be commended openly. The fact that Joran had to actually trial and error through this event was also something that I could appreciate, learning to gauge the crowd, rather than starting off as a savant.

Your rewards are well earned. You were close to the 1,500 mark! Usually that's the number to strive for, but in the end, you told a complete, self-contained story. 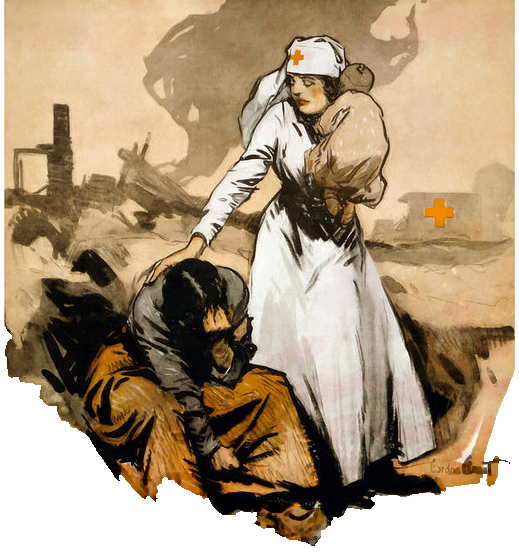