A blistering desert that stretches for hundreds of miles around Nashaki, with very little relief from the baking heat. 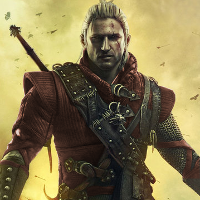 Everything went wrong at once. 'How fitting that it would be initially set off by a snake!' Eddrick thought in frustration. They did not know this enemy as well as they'd thought. His position was now betrayed. And he'd never been convinced that empathy was all that reliable or controllable in close combat like this.

It was all sickeningly confirmed by the slowed reaction of the Warchief; and the unexpected quickness of the supposedly "defeat-minded" Rascal. The sound of a hollow crunch does not carry as well as a bright snap, but Eddrick did not need to hear it to know the man was either dead or entirely disabled. But the strategy was not entirely ruined. Eddrick was supposed to be the first to shoot anyway. Then, when their enemies turned his way, the pair of two-man teams on the other side would fire into their newly turned backs.

He hoped that the appearance of the snake, and the resulting cry from his hawk, "Arrow", would not cause his partners to break discipline. Since the enemy now knew where he was, they might decide there was no good reason to stay hidden for that first shot, and sacrifice accuracy for surprise. He stood and drew, his aim lining up on the surprisingly immobile foes. In that last instant where he knew he would not miss, a part of his mind wondered why they were swaying foolishly in place, neither ducking for cover nor drawing arrows against him in return.

A roar shook his ears and shock caused ruinous hesitation as he witnessed the ground suddenly turn almost liquid in its surface movement; waves of it rushing towards him. Though reason told him this was an earthquake, discipline abandoned him for that fatal moment. By the time he released his shot, he was off-balance and thinking more on how he would brace his fall than he was on adjusting his aim, as a swell of ground lifted him off his feet, to dump him in front of the boulder he'd been using for cover.

He cursed loudly, both in self-recrimination for his loss of focus on his shot and in apprehension about his suddenly exposed position. As he scrambled to his feet, and ducked to and fro, he noted that the teams across the way had not yet stood or fired. The enemy had looked around some, but did not appear to have spotted them. 'This can still be salvaged!' he told himself as quick, strategic adjustments flashed across his thoughts.

The enemy were clearly as off-balance as he was. It even looked as if some had been swallowed up by the heaving ground. The empath was still standing there, wide-eyed and wide-open. 'Probably pissing his pants.' Eddrick thought ungenerously. He had already written him off as dead in his mind, but realized he could use him still. He did not like him anyway.

He waved furiously, calling out to the lone bandit empath, standing not fifteen feet from the armed and angered enemies, "RUN, BARREK, IT'S ALL SHOT! WE'VE LOST OUR ADVANTAGE! SAVE YOURSELF!" He too, was somewhat mobile as he shouted, the roar of the grinding earth making it difficult to hear. Fortunately the hand signals he was giving to his still-hidden partners needed no sound. He instructed them to wait for the enemy squad to give pursuit, then come out and hit them when they were well and truly unaware of the possible threat.

The last part was not truly part of any gesture given. It was assumed. He watched Barrek seem to pull himself out of his indecision and run. But the man employed no evasive techniques like Eddrick himself did; neither ducking left or right, nor even taking glances back to see if weapons were ready to fire against him. Eddrick still had his bow in hand, but was only gesturing a ready-fire hold on it as a distraction tactic.

He was running an oblique angle across the front of where the enemy would give chase, if they chose to. Either they would chase and be shot down from behind or they would hold their ground. Eddrick did not know if the sudden loss of empathic gloom would give rise to added aggressiveness, but he hoped so.

It went quickly after that, though Eddrick saw little of it. A salvo of arrows came his way, forcing him to divert his path back up the hill, away from the empath, Barrek, who seemed to be trying to save himself with some new mental trickery. Eddrick risked a glance back as he crested the hill, and was shocked to see the entire Imperial group giving chase on his position alone.

Fury and embarrassment fought for dominance as he realized he may have underestimated empathic effectiveness in battle. He did not know what sort of notion Barrek had put in the minds of the enemy, but it looked to have made them concentrate on Eddrick alone. He swore he would pay the coward back in full measure if he reached the pokos in time to make his escape.

Luck was with him, as the pokos were heading his way at the same time. The one that was not his ran past frantically, but his own slowed at the sound of his voice and allowed him a moment to climb on. Eddrick circled his poko around the rock formation, near to where the confrontation began, and saw his two archer teams heading his way, as his waved instructions had directed them. He was gratified to see that they were lugging the body of the dead Warchief with them, but angered and surprised to see Barrek also among them. He did not hesitate to allow him a space on the back of the big insect however, for the ride back to the cave stronghold trials away. If they happened to catch the other poko, they would divide their weight between them.

It was one of the great boons of pokos that their ride was so smooth that they could still fill several jars with water and distill the bacterial toxins from it without spilling. The jars were set on the back on the big bugs and allowed to evaporate within large glass cones. The cones had a dip at the crown which guided the condensation to run into other jars that were kept empty for this purpose. The toxins did not evaporate along with the water and were left within the thin dust layer left after the water had all been distilled to the second set of jars. The smooth ride of these insect mounts did not disrupt this process.

During the ride, Eddrick also discovered what Barrek had done. He did not for a moment believe that it had been anything more than an accidental benefit of an act of utter cowardice. But the end result turned out to be entirely to his advantage and had an element of inadvertent punishment to it as well. Barrek had put such a frantic, overstepped degree of power into this last deceptive thought that he'd directed at the Imperials, that it had back-lashed on his own beliefs as well.

Subject to the orders of the original Warchief, who was now dead, Barrek would be in charge of the party. But he had placed such a strong impulse to the enemy to hold the departing Eddrick as the new leader, so they would chase him down instead, that he now believed it every bit as strongly. The two archer teams had no reason to question this directive from either of their superiors. They were more than happy to claim that they'd dispatched the enemies that had been following their "new warchief". The fact was, they considered the whole fiasco to have been a brilliantly staged 'divide and conquer' exercise.

Normally, though Eddrick had been declared 'second-in-command' at the outset of the mission, he knew it was only a temporary rank. But with Barrek's insistence and the praise of the men, He now stood a very good chance of being named "Warchief" by default.

Magic:
These points may NOT be used for arcana
Overview:
General comments. I have only provided Eddrick's review here as the other two players need to update CSes ~ minor tweaks, nothing insurmountable. I have pm'd you both ~ please do get in touch as and when you have addressed the issue in the PM and I'll post up the review immediately. Thank you!

Story All good - well finished, Edderick, I'm glad you took the time to do that.
Structure No issues at all.

Please do PM me if you think I've missed anything or you have any questions![/align]
word count: 195