Can't read, so these letters are probably going into the trash. 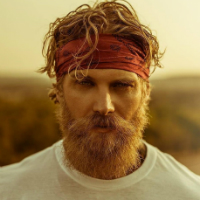 For whatever reason, you've decided to send the illiterate 6 year old Mortalborn a letter. Whether you know this or not, this is the place to post any letters you may have for Kovic or any of his characters.


Please send cookies with your letter, and no, he is not interested in any penis enlargement opportunities, thank you very much. >_>
Last edited by Limbo on Mon Jun 12, 2017 2:34 pm, edited 2 times in total. word count: 86
Top A letter arrives, carried by a disheveled young fellow who carries the visage of someone who has been absolutely shocked by some dastardly being.

The letter itself has been finely crafted from a goose’s feather, and is written in cheap ink, albeit it is ink nonetheless.


“Paplo,
It has recently come to my attention that the criminal elements of the city are conspiring with one another in order to return their misplaced leader from his hiding. We do not have nearly as much time to plan as was available with the caravan, and thusly I ask that you simply follow my instructions and not dally about.

If we are successful, then our newly formed organization shall see a marked increase in its membership, as well as its available funding.

I do know you love funding, and I’m absolutely certain that I can find a few worm-ish meals for you to consume along the way.

Now, enclosed is a secondary letter detailing my plan. Please do inform Aerlan, as well as any others that may be useful to our cause.

A letter arrives, carried by a young and petite woman with eagerness in her step. She cheerily drops it off, and then just as quickly retreats down a nearby alleyway.

The letter itself has been finely crafted from a goose’s feather, and is written in cheap ink, albeit it is ink nonetheless.

Dear Mammon,
It has recently come to my attention that our funds are running dreadfully low, and that we shall require a large amount of gold if we are to carry out any future activities, especially given our recent growth; hence the new messenger.

The financial institutes of the Etzori shall prove ample enough targets. I have selected one of some repute and standing, and hope that we might acquire further currency from them.

Naturally, that requires a detailed plan. As I am relatively unable to gather extremely accurate information involving the establishment, I inquire as to how you think we may best infiltrate it without incurring the repercussions of the local Black Guard.

(Enclosed is a pamphlet advertising the aforementioned bank)